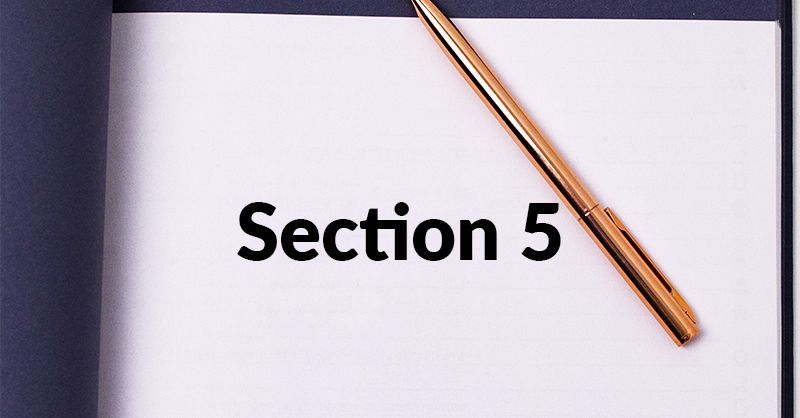 The US Federal Trade Commission has expanded its regulatory reach with the issuance of a new policy statement on Section 5 of the FTC Act that seeks to fight violations of antitrust laws at their “incipiency” or violations of the “spirit” of the antitrust laws.

With regard to mergers, the new policy gives the agency more leeway to pursue novel theories to challenge transactions that may not have violated the antitrust laws.

The statement provided examples of Section 5 uses in the past such as “a series of mergers or acquisitions that tend to bring about the harms that the antitrust laws were designed to prevent, but individually may not have violated the antitrust laws.”

It also cited “mergers, acquisitions, or joint ventures that have the tendency to ripen into violations of the antitrust laws” and “mergers or acquisitions of a potential or nascent competitor that may tend to lessen current or future competition.”

The merger analysis no longer will be constricted to provisions of the Sherman and Clayton Acts, and it won’t require a showing of market definition of market power. According to the policy statement, Section 5 won’t focus on the balancing of procompetitive and anticompetitive effects under the “rule of reason” but will look at unfair methods of competition that “tend to negatively affect competitive conditions.”

The new policy statement explains that the FTC will be moving beyond the traditional consumer welfare standard to consider impacts on consumers as well as “workers, or other market participants.”

The statement removed restrictions on the FTC’s oversight and declared the agency’s intent to exercise its “full statutory authority against companies that use unfair tactics to gain an advantage instead of competing on the merits.”

“When Congress created the FTC, it clearly commanded us to crack down on unfair methods of competition,” said Chair Lina Khan. “Enforcers have to use discretion, but that doesn’t give us the right to ignore a central part of our mandate. Today’s policy statement reactivates Section 5 and puts us on track to faithfully enforce the law as Congress designed.”

Commissioner Christine Wilson, the lone Republican on the FTC, issued a dissent, criticizing the lack of clarity and guidance in the statement. She said the policy “abandons bedrock principles of antitrust that long have been accepted by the Commission, the courts, the business community, and enforcers across the globe.”

Wilson said the statement didn’t provide clear guidance to the business community on how to comply with the law; failed to establish an approach of what “unfair” means “that matches the economic and analytical rigor” in the consumer protection context; failed to provide a framework that will result in credible enforcement; or address the legislative history “that both demands economic content for the term ‘unfair’ and cautions against an expansive approach to enforcing Section 5.”

The US Chamber of Commerce said the statement leaves the FTC “with carte blanche control over the economy, allowing it on a whim to decide whatever it feels might be unfair.”

“This statement, both breathtaking in scope and extreme in approach, will discourage healthy competition, damage U.S. competitiveness, and contribute to rising inflation. Congress and the courts need to rein in the FTC’s overreach,” the Chamber said.

The FTC’s effort with the statement is part of a greater trend toward more aggressive enforcement and consequently a broader risk for companies of merger challenges.

The statement doesn’t carry legal force and can be rewritten or revised later, but explains how the current FTC will approach cases and apply antitrust laws. It give a great deal of discretion to the commission as it doesn’t articulate its standards very clearly.

For example, although it acknowledges that there may be offsetting procompetitive “justifications” as an affirmative defense, the agency sets a high bar for companies to show they outweigh anticompetitive effects. The FTC said it will not consider a net-efficiencies or cost-benefit balancing approach but it fails to clearly articulate an alternative framework.

Ultimately, the FTC will have to persuade the courts to agree with what it finds “unfair.” But companies with significant market positions should consider carefully whether transactions could be characterized as Section 5 violations and be considered illegal based on a broader understanding of what violates antitrust laws.