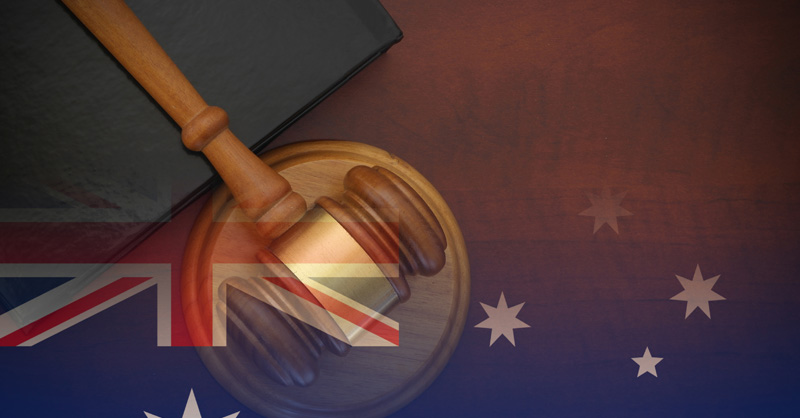 That a jury would require no more than half a day to deliberate at the end of an 11-week trial was a bad omen for Australia’s federal prosecutors and their pursuit of the first criminal-cartel conviction in the country’s recent history.

So it was that, when the foreperson took to her feet in the Federal Court of Australia in Melbourne, it took just 10 minutes for the eight charges leveled against mobility-aid retailer Country Care and two individuals linked to the company to come crashing down.

The jury’s response to all charges was unanimous: not guilty.

The verdict was a devastating blow for both prosecutors and the Australian Competition & Consumer Commission, or ACCC, which had investigated claims that Country Care had engaged in cartel behavior that extended into bid rigging.

It was the first real outing for Australia’s 2009 criminal-cartel legislation - the first time competition matters had been put to a jury and the first time that individuals had been targeted by offenses that carry jail sentences of up to 10 years.

But by the final weeks of hearings, it had become clear that prosecutors were struggling and that this prosecution was indeed shaping up to be a showcase trial - that is, a showcase for defense lawyers working on other criminal-cartel cases now in the prosecutors’ pipeline.

By the final days of the trial, Judge Robert Bromwich was warning the jury that there was a strong chance that the evidence of the prosecution’s key witness - a mobility-aid retailer by the name of Andrew Cuddihy - should be considered unreliable.

This was the person whose account of exchanges with the two accused men had become central to almost all of the eight charges. He had been granted immunity precisely because both the ACCC and federal prosecutors had placed their faith in his testimony.

But even if Cuddihy had been Mother Teresa herself, the prosecution would still have faced an uphill battle. The challenge of putting eight competition offenses before a jury was always going to be significant.

Defense lawyers had a strong narrative: Rob Hogan, the former boilermaker from the small town of Mildura, was the big-picture thinker with a list of small-businesses across regional Australia willing to act as subcontractors on government tenders.

What the prosecutors had was often mind-numbingly boring antitrust theory, which lawyer Oren Bigos parsed over three-and-a-half seemingly interminable days of what the court referred to as his “summing up” - a misnomer if ever there was one.

The process left observers wondering how any jury in next year’s ANZ share underwriting criminal-cartel case will be able to survive six months of this when the trial kicks off in Sydney next year. The ACCC’s enforcement campaign is facing significant headwinds.

The eight charges put forward by the prosecution were complex, but underpinned by what was arguably clear logic.

Country Care, its managing director, Hogan, and former employee Cameron Harrison had overseen the process leading up to submissions of a tender process led by the federal Department of Veterans’ Affairs and HealthShare NSW, a state-government agency.

The Mildura-based Country Care had a subcontracting arrangement in place with a group of loosely affiliated disability-aid retailers across regional and metropolitan eastern Australia. This grouping was key to the tendering process because it offered national coverage.

But was the relationship among the members of what is known as the Country Care Group strictly one of subcontractors? Did it take on the form of a joint venture that would be covered by exceptions in competition laws? Or did the group set prices and rig bids?

Cuddihy, the immunized witness, claimed he had decided not to bid for the tenders after being assured by Hogan that some of his equipment would make its way onto the Country Care tender submission. But had he ever been serious about bidding in the first place?

The defense lawyers argued he hadn’t - indeed, in a statement Cuddihy appeared to accept that he didn’t have the time or the inclination to take part in what was reportedly a time-consuming government tender.

This raised the question of whether a bid could be rigged when one of the players had never seriously countenanced bidding in the first place. The defense appeared to know that it was on to a winner with Cuddihy and milked the inconsistencies of his testimony.

As for proving intent on the part of both Hogan and Harrison - again, the jury was offered little by the prosecution. In drafting the subcontracting agreements with members of the Country Care Group, Harrison had even availed himself of a law firm.

This begged the question: if Harrison thought he was doing something wrong, why would he have bothered consulting a law firm to check the legality of the agreements with Country Care Group members?

There’s nothing to suggest the jury would have struggled to broadly understand what a criminal cartel was. But in reviewing the case against Country Care, Hogan and Harrison, the 11 jurors weren’t able to join the dots drawn by prosecutors.

In a phone interview with MLex following today’s jury decision, Rod Sims, the head of the ACCC, was reluctant to be drawn on whether the verdict was a backwards step for the regulator’s criminal-cartel campaign.

Sims said the verdict had to be viewed in context with the multiple hurdles the case has had to clear, including the federal prosecutor agreeing to take on the case and the prosecution surviving committal hearings to make it through to the Federal Court and, eventually, a jury.

“We’re pleased it went right through and we respect the decision,” Sims said, adding that the regulator accepts “the challenges involved in criminal-cartel proceedings.” Sims told MLex that it would be wrong to generalize after one criminal proceeding “win or lose.”

Still, the fact that the regulator will take on these criminal cases “sends a clear message” to businesses, Sims said, adding to an ACCC statement released after the jury's verdict.

It’s true that the pathway for this prosecution has been a long one. MLex’s first court story in the matter is dated  6 June, 2018, filed from a hearing of the Melbourne Magistrates’ Court.

It is also true that for the prosecution to get to a Federal Court jury, the Commonwealth Director of Public Prosecutions, or CDPP, has had to clear numerous hurdles - including massive delays resulting from the outbreak of Covid-19.

Once 14 jury members had been impaneled, the court then found itself having to deal with increasingly frustrated jurors, who had been working under the assumption that things could be wrapped up in six weeks. This week marked the twelfth week pondering the case.

Three of the jury members ended up dropping out for personal reasons - the tribulations of one juror with a bad back became public when he was given the opportunity to follow the trial while lying on the courtroom floor, with a monitor in front of him.

Although under the laws of the state of Victoria a jury can return a verdict with just 10 members, Judge Bromwich realized he was facing the prospect of losing more jurors and being forced to abort the trial.

With Melbourne now in a two-week Covid-19 lockdown, that concern was shared by defense lawyers as well. The prospect of the two charged men, who were facing prison terms of up to 10 years, having to return in 12 months time for yet another trial was unpalatable but real.

The jury had already been impaneled for two months by the time it began hearing the prosecution’s closing remarks and energy levels were low. Bromwich offered jurors frequent breaks and raised concerns with lawyers that some jury members were struggling to stay awake.

The combined closing addresses of both Bigos and the three defense lawyers were meant to wrap up within five days, but Bigos’ address ran for three and a half days and led to significant disputes (in the absence of the jury) between the prosecution and the defense, as well as between the defense and Bromwich.

Bigos was frequently criticized by lawyers representing Country Care and Robert Hogan for the manner in which he addressed the jury during his closing remarks.

Appearing before Bromwich on behalf of Country Care, lawyer Kate Morgan said that the submissions Bigos was making were more akin to the standard of proof required in a civil matter.

Morgan’s intervention, supported by Hogan’s lawyer Dean Jordan, led to Bigos having to return to the jury to emphasize that they had to be satisfied “beyond reasonable doubt” in their decisions.

Today’s result will have been of particular interest to the large legal teams involved in a criminal-cartel prosecution against Australia & New Zealand Banking Group, Citigroup and Deutsche Bank, as well as six executives, set to face a jury next May.

If getting a jury to understand the criminal charges in this case was a challenge, explaining share placements and agreements between bankers could be in another league. Certainly, today’s verdict highlights just how much a case turns on the facts it includes.

On top of the challenges of translating competition-law jargon to the layman, the banking cartel will also focus on the credibility of key immunity witnesses, in a similar line of attack to that taken by defense lawyers in the Country Care case.

The overlap in legal teams between the cases is also notable, with leading barristers Kate Morgan and Dean Jordan appearing in both matters.

But the most significant question is that of burnout.

If the jury in the Country Care prosecution was getting restless after six weeks, it’s hard to see how things could be any easier when 12 citizens - or possibly more, to allow for attrition - are impaneled for nine months.

If, as some lawyers believed, Country Care was a dress rehearsal for the ANZ criminal-cartel prosecution, the ACCC would do well to study the reviews and prepare a different script.