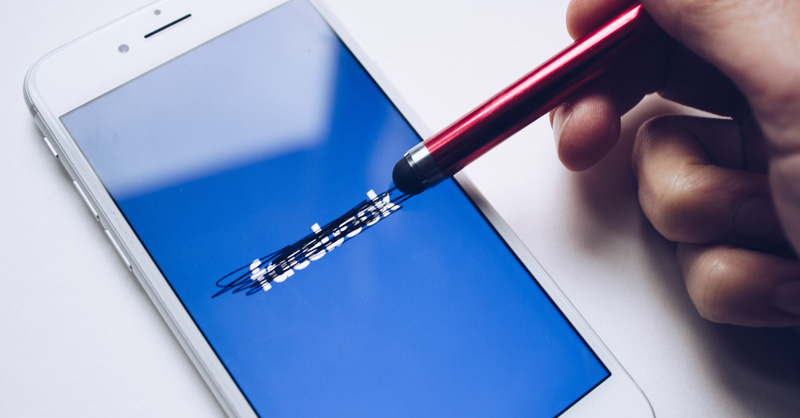 The decision to kick Australian media off the platform was a show of strength from Facebook. The US social-media company outlined its “worst case scenario” to Australian lawmakers last month when debating draft legislation that would see the company forced to pay for news and the platform didn’t blink.

The purge was arguably premature — the measures are yet to enter into law. It was also startlingly imprecise, with health departments planning vaccine rollouts, Sydney mothers’ groups, the national Bureau of Meteorology and even environmental group WWF’s save-the-koalas campaign caught up in the sweep.

A move designed to show strength in the face of legislation likely to set an international precedent appears to have backfired, emphasizing instead the weaknesses of Facebook’s content-moderation capacity. The platform was left scrambling yesterday to reconnect the groups inadvertently included in its scattergun sweep of Australian news content.

Facebook’s missteps played into the hands of the Australian government’s arguments, which it has being putting forward over the last few years: Digital platforms are out of control and need regulating. And the government has argued that Facebook’s inadequate moderation would allow fake news to run rampant.

But the tech giant’s dramatic move also raised questions about which platforms will be covered by the Australian legislation when it eventually enters into force. If Facebook Newsfeed and Google Search aren’t subject to the new regulation, can the measures truly be effective in redressing bargaining imbalances?

The government said it had no notice of what Australian Treasurer Josh Frydenberg has called a wrong, heavy-handed and disappointing move by the company.

Morrison told journalists today in Sydney that he wasn’t buying Facebook’s claim that the purge of news content is irreversible. Morrison said he’d seen this behavior before from online retailer Amazon.com, when the company refused to pay taxes on products valued at less than A$1,000 ($776).

Amazon returned to Australia three months after it left over the tax dispute and Morrison said today that he expects that, by the time the Group of Seven major economies' leaders meet in June this year, the Facebook dispute would be “long resolved.”

Facebook’s decision may have been sudden, but it wasn’t entirely unexpected. The platform had long said it would pull the plug on Australian news content if plans to make it and Google pay publishers for the news the platforms host entered into law, repeating the claim as recently as January.

Notably, the accounts of Australian news companies on Facebook subsidiary Instagram remain live — a decision linked to the government’s exemption of Instagram from its initial list of platforms to be subjected to the new law.

The law is still being drafted, but the parliament’s lower house backed the measures earlier this week, with the Senate presenting the last hurdle before the measures enter into force.

However, Facebook’s decision is not just a case of the company sticking to claims that news publishers might need it more than it needs news, which makes up less than 4 percent of the content people see on their News Feeds. The platform is also struggling with a raft of legislative and enforcement measures that, in its entirety, creates a significant regulatory burden.

There’s the consumer lawsuit Facebook is facing in the Federal Court of Australia over its handling of personal data via its Onavo Protect app. The company is also grappling with the legal fallout of its Cambridge Analytica Data breach in a lawsuit brought by Australia’s privacy regulator.

Add to this the content-moderation laws introduced after a New Zealand terrorist attack in 2019 that could see local Facebook employees jailed for up to three years if they fail act expeditiously in removing offensive content streamed on the platform.

There is also now world-first legislation in place dealing with encrypted messages, which would allow law-enforcement agencies to demand decrypted messaged from platforms including Facebook’s WhatsApp.

All of this is problematic for Facebook. It’s not just about constraints affecting its operations in Australia — a country with a population of just 25 million. It’s also about the trend the country is setting, with policymakers around the world now viewing Australia as a testing ground for regulatory models when it comes to digital platforms.

At odds with Google

Facebook’s decision has also left Facebook out of step with Google.

Over the last few weeks Google introduced its News Showcase licensing program to Australia, racking up multi-year licensing agreements worth tens of millions of dollars with news publishers.

Google’s readiness to hand over cash is the price it is willing to pay to keep lawmakers’ noses out of Google Search, which was slated to be included in the media-bargaining code, according to a December government announcement.

Including Google Search in the code would break the way search engines work and even undermine how the Internet itself works, Google Australia’s Managing Director Mel Silva said in January. The company’s decision to cough up money for news it can place in its News Showcase cements its role as an Internet middleman, discouraging those who want to view and regulate the company as though it were a publisher.

While Google’s own threats to remove Search from Australia grabbed headlines, early written submissions to Australia’s competition regulator when the bargaining code was first being discussed reveal that the company was ready to negotiate.

A submission from newspaper publisher Fairfax, which has since been acquired by Nine Entertainment, struck a collaborative tone with the digital platform — far more so than, say, Rupert Murdoch’s News Corp, which remained intransigent to the end.

“In recent months, we have noted a series of examples of Google working increasingly proactively with the industry to help address challenges or create conditions for publishers to capitalize on market opportunities,” Fairfax said in 2018.

Both Nine Entertainment and News Corp were among the Australian publishers that announced multi-year deals with Google this week.

Google’s deals with news publishers have left the government sounding vague over the future of Google Search under the media code. Treasurer Josh Frydenberg has conceded that the deals change the equation.

This raises the prospect of the government creating legislation, but listing neither Facebook News Feed or Google Search among those that need to be subject to the new laws. The media-bargaining code could end up as ghost legislation — the toughest of its kind, but applying to no company, with Google happily ensconced in deals with publishers and Facebook no longer using news.

But if Google Search and Facebook Newsfeed were to ultimately avoid the code before all small publishers that want to bargain with the platforms have deals in place, it would raise the question of whether the law was designed for larger publishers.

Concern that the highly influential News Corp, which owns 60 percent of Australia’s newspapers, is the main beneficiary of the legislation has plagued the drafting of the bill. And this morning, a former prime minister and avowed News Corp critic, Kevin Rudd, said that the bill simply benefited Murdoch, an Australia-born global-media tycoon, at the expense of technology companies.

But Frydenberg remains undaunted. He says that the recent deals Google has struck with Australian publishers would have been impossible without the threat of legislation — that’s despite revelations earlier this week that small publishers in regional Australia remain largely unaware of the measures and the benefits that could be available to them.