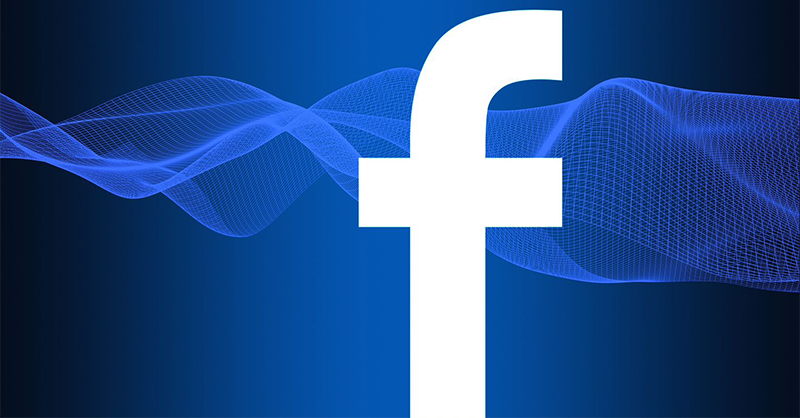 For all the power of its 2.8 billion daily users, the company now known as Meta Platforms for a decade has depended on user data harvested by other apps to power its advertising business, a new US court filing alleges, an arrangement the former Facebook has battled to prevent from becoming fully public.

Two overnight court filings in separate federal privacy and antitrust lawsuits in San Francisco touch on new allegations that Facebook’s pivotal decision to limit data access to app developers on its platform after 2014 forced Chief Executive Mark Zuckerberg and his lieutenants to seek other sources of personal data from Netflix, eBay and Foursquare to replace the lost “signal” from independent apps.

The filings refer to two consecutive chapters of Facebook’s development into an advertising colossus with $114.9 billion in ad revenue in 2021, nearly eight times the ad revenue Facebook had in 2015.

The first was the period before 2015, when the company depended on a galaxy of independent apps for games, quizzes and other functions on its platform to help collect data to target ads. The second chapter was between 2016 and 2019, where Facebook “entered into at least three anticompetitive agreements with market leaders” Netflix, eBay and Foursquare in which Facebook exchanged either ad revenue or personal data “that fortified its monopoly position in the social advertising market,” the amended antitrust complaint alleges.

The two chapters cover a period of rapid change as social networks sprinted to pivot from desktop websites to smartphone apps, and Facebook, in the years after it went public in 2012, acquired Instagram and WhatsApp. Needing ad revenue to appease its new shareholders, Facebook initially relied on independent apps on its platform for user data, the plaintiffs say. But after limiting their data access for competitive and privacy reasons in a process that ended in early 2015, Facebook needed a new source of data.

The new allegations of anticompetitive relationships with Netflix, eBay and Foursquare — coerced by Facebook’s dominant market power, the complaint says — were unredacted in a court filing last night. Meta declined to comment today.

Prior to 2014, Facebook allowed apps to access the Facebook data of not only people who downloaded the app, but also of their friends on the social network. That was how app developer Alexandr Kogan’s GSR personality quiz app, even though it was downloaded by no more than 270,000 Facebook users, was able to access the data of 87 million people — data which ultimately was sold to Cambridge Analytica.

Facebook did run into major regulatory trouble from its earlier data sharing practices with app developers, but not until 2018, when that transfer was widely reported by journalists.

“We will ban any developer from our platform that does not agree to a thorough audit. And if we find developers that misused personally identifiable information, we will ban them and tell everyone affected by those apps,” Zuckerberg said in that post that remains on Facebook.

Despite the CEO’s promise to “tell everyone affected by those apps,” Facebook for years has fought efforts by the attorneys general of Massachusetts and the District of Columbia and by plaintiffs in the class-action case in San Francisco to gain access to the ADI overseen by the law firm Gibson Dunn.

Facebook said the ADI involved “hundreds of people: attorneys, external investigators, data scientists, engineers, policy specialists, platform partners and other teams across the company.” Facebook said in August 2018 that it investigated thousands of apps and “suspended more than 400 due to concerns around the developers who built them or how the information people chose to share with the app may have been used.” But the company has never released the final ADI report.

After reviewing a “substantial” share of more than 6,000 documents that were part of correspondence with six “exemplar” apps scrutinized in detail by the ADI, Garrie ruled last night that “documents prepared in connection with the ADI are not protected from discovery as attorney work product because the documents served a business purpose separate from litigation.”

“Accordingly, all ADI related documents, including communications where attorneys were listed as copied (i.e. cc’d) are discoverable except for ADI related documents created for the primary purpose of obtaining legal advice from attorneys,” Garrie said in the order, which requires the social media giant to produce all ADI correspondence apart from email and other communications directly between Facebook and Gibson Dunn.

In the second California case, Facebook is accused of violating the Sherman Act and other laws by harvesting personal data from other social media platforms. The less-extensively redacted complaint filed last night alleges that after pushing independent developers off its platform in 2014, Facebook used strong-arm tactics to force Netflix, eBay and Foursquare to share similar social data that app developers previously had. Their alternative was to risk being crushed by Facebook as it launched its own version of their products, the complaint said.

Once all independent app developers were off its platform after 2015, “Facebook was still in need of what it called ‘signals’—refined social data that could be used as part of its AI and [machine learning] models. To obtain those signals, Facebook needed access to data harvested by what Facebook internally referred to as ‘sub-vertical’ apps, such as video, location, and ecommerce apps,” according to the amended complaint filed by a group of plaintiffs including Affilious, a California Internet publisher that bought ads from Facebook to promote its wine reviews website.

“To obtain data from these companies, from 2016 to 2018 Facebook entered targeted subverticals, threatening ruinous competition and then withdrawing in exchange for an agreement by a leader in that sub-vertical to hand over signal-rich social data to Facebook, strengthening its dominant position in the Social Advertising Market and the DTBE,” the plaintiffs said. DTBE refers to the plaintiffs' claim that Facebook has a “Data Targeting Barrier to Entry” that prevents other social networks from competing with Meta’s key products — Facebook, WhatsApp, Instagram, Messenger and Oculus.

“Based on the documents produced thus far in this action, Facebook entered into anticompetitive agreements of the nature described above with at least Foursquare, eBay, and Netflix,” the plaintiffs said in newly unredacted claims. “In the case of the latter two counterparties, Facebook leveraged its close personal and professional connections — including the presence of Netflix’s founder and CEO on Facebook’s Board of Directors throughout the entire relevant period — to broker a collusive deal.”

Netflix founder and CEO Reed Hastings joined Facebook’s board in 2011, stepping down in 2019, amid media speculation about Facebook’s plan to launch Watch, its video streaming service. Netflix, eBay and Foursquare didn't immediately respond to a request for comment today.

Facebook in January won the dismissal of several antitrust claims in the case involving its alleged strategy to copy, acquire or kill competitors. But US District Judge Lucy Koh allowed consumer privacy claims and advertiser claims about a network bidding agreement between Facebook and Google to go forward.

With Koh’s elevation to the US Court of Appeals for the Ninth Circuit, the case is now before US District Judge James Donato in San Francisco. The amended complaint first filed Feb. 28, and largely unredacted by Facebook last night, represents the plaintiffs’ bid to resuscitate their antitrust allegations before a new judge.

Koh did preserve the plaintiffs' claims that Facebook and Google broke the law by entering into an agreement to keep Facebook out of header bidding, a plan Google code-named "Jedi Blue".