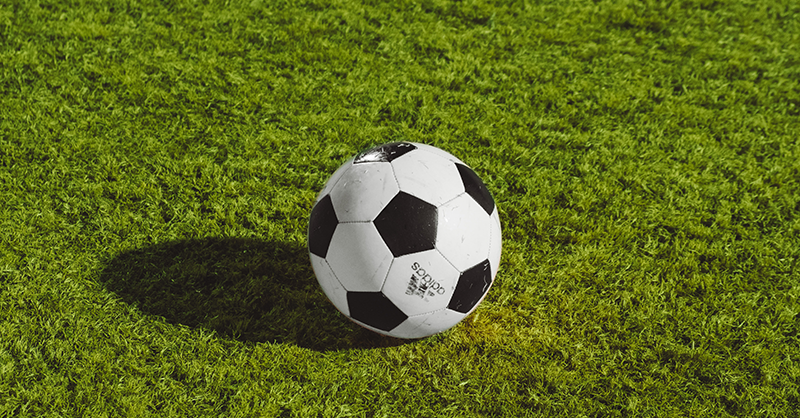 Antitrust accusations will fly in both directions.

First, the new European Super League will be accused of a closed-door stitch-up tantamount to a "cartel" among mega clubs.

Then the governing bodies will be accused of wielding market power through bans from the continent’s biggest competitions.

But with everyone from heads of government to grassroots fan clubs pouring vitriol on the likes of Real Madrid and Manchester United, it's more likely that this fight will be resolved with politics rather than policy intervention.

The European Commission, which oversees antitrust in the EU, has stuck to its line that spats like these are best solved through arbitration bodies or private court cases. Officials in Brussels clearly don't want to get stuck in the middle of a scrap like this.

But in the UK, with politicians coming out strongly against the breakaway league, the country's antitrust agency — the Competition and Markets Authority — seems less reluctant.

“The proposals for a European football super league have attracted high levels of public interest. It is a complex area and we will be carefully considering any competition aspects of these proposals,” a CMA spokesperson said.

The brouhaha is down to a move by 12 of Europe’s richest clubs to set up their own breakaway league — the European Super League — which would play midweek fixtures, while the usual weekend calendar of their national leagues continues.

The governing bodies at national, European and international level don’t like it one bit. And this has created two main battlefields.

Firstly, the breakaway league is against the spirit of the game, the argument goes. Footballers, fans and politicians are flooding the airwaves with claims this is all about “greed” and it's trashing the cultural and social importance of the “beautiful game.”

The current storm swirling around the European Super League will trigger antitrust accusations in both directions. But they're more likely to play out in courts than in EU enforcement proceedings.

The EU regulator’s reluctance could be down to two things. These are tricky cases and getting caught in the vortex is unpleasant. And the furore seems suspiciously like negotiating tactics and extreme brinkmanship as the sport’s most powerful actors face off, dividing up the spoils of the world’s biggest sport.

The most obvious finger-pointing could be against UEFA and FIFA, who, alongside other leagues, issued a statement last night warning that the “clubs concerned will be banned from playing in any other competition at domestic, European or world level, and their players could be denied the opportunity to represent their national teams.”

This is the kind of language which previously caught the eye of EU enforcers, who prosecuted speed skating’s governing body for blocking the authorization of rival events. Such bans limit the economic freedom of players and clubs, and effectively excludes them from plying their trade.

But with the political and popular winds backing UEFA, it’s difficult to see antitrust enforcers weighing in just yet on such a restriction. Moreover, such curbs can be legal as long as they are proportionate and pursue a “legitimate objective.”

UEFA, FIFA and others will likely argue that saving the soul of football is just such a goal.

Football clubs and their fans will likely complain against the European Super League. Such allegations could target alleged “restrictive agreements,” painting the breakaway clubs as a “cartel” that's in it for private gain.

The breakaway league reserves 15 positions for founder clubs — at present from England, Spain and Italy — and then leaves five slots available for other teams, presumably these could be assigned to the winners of leagues in smaller countries like Portugal, Belgium and the Netherlands.

Antitrust allegations would likely target the closed shop of this agreement, which would distort competition in national leagues.

The founder members of the European Super League would never be relegated, and only open up their competition to five others, as they please, the claim would go. This would affect, for example, the incentive to invest.

Would an investor come and bankroll a club like Sparta Prague or Burnley — in the mold of Qatari support for Paris Saint Germain — if he knew that no matter how successful it became it wouldn't get a spot playing in the top league?

If Burnley came first or second in the English Premier League, could it really be certain of a place in the European Super League, when it already has six English teams in its ranks?

Even if Sparta Prague won the Fortuna Liga three years on the trot, would it get a chance to take part in the Super League?

This kind of dispute has been on the EU’s table for six months after complaints emerged over a similar breakaway league in European basketball run by 11 shareholder clubs. Arguably, if EU enforcers wanted to wade in on such a problem, basketball would be an easier place to do it.

In both cases, extra slots are reserved for other clubs to qualify and play in the breakaway league. But the outcome, opponents say, is that the founder clubs end up entrenching their positions and are never to be dislodged. For them, there's no relegation.

And the rest of Europe’s clubs are either left to flounder or have to fight it out for one of the open spots, with no guarantee year on year that they’ll be let in.

In both cases, one of the problems is the desire to maintain links with national leagues. Clubs want to be in the new money-making super league but also keep a foot in their national leagues, which gives them exposure, support and income.

But doing so opens up the accusation that this is distortive. Arguably, it would be easier for them to break away entirely.

Football has a history of power struggles between players and clubs, clubs and leagues, governing bodies and supra-national federations. And the sport is littered with competition disputes over player transfers, relegations and sponsorship.

But the EU watchdog’s reluctance could be wise. If the football powers want to fight, let them do so in court. Antitrust is unlikely to be the solution anyway.