Dispute over competition regulation seen as debate over democracy 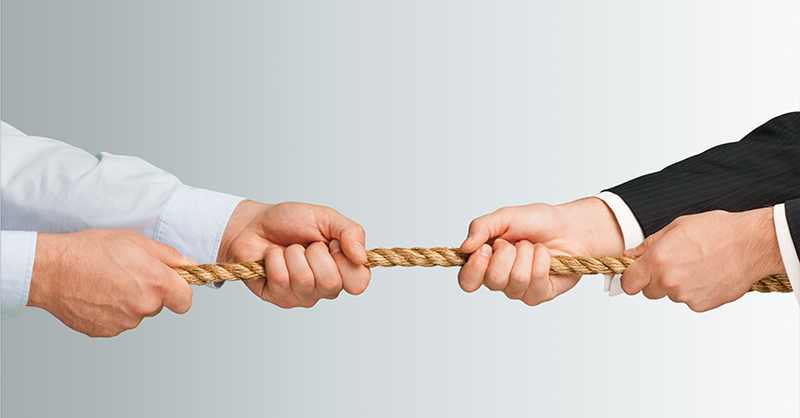 The link between market competition and democracy is creating an intellectual tug-of-war between progressives and their conservative counterparts.

On the left, progressive voices complain of an antitrust system captured by lawyers and economists, and the people who pay them. Conservatives decry government enforcers with too much power.

The Chicago School of economic thought, which made consumer welfare its key priority, has failed to address broader structural problems, the would-be reformers say. They contend that antitrust laws must be reinvigorated to control abusive corporate power and fortify democratic values.

President Joe Biden’s executive order on antitrust policy endorsed such reform. “We’re now 40 years into the experiment of letting giant corporations accumulate more and more power. And where — what have we gotten from it? Less growth, weakened investment, fewer small businesses. Too many Americans who feel left behind. Too many people who are poorer than their parents. I believe the experiment failed.”

His appointees talk about reimagining what must be done in the face of crises of inequality and threats to democracy.

Assistant Attorney General Jonathan Kanter said at the American Bar Association’s Antitrust Spring Meeting last month: “Antitrust affects citizens, it affects consumers, it affects workers, it affects small businesses, it affects our democracy. … We are changing the language of antitrust to make it more accessible to more people, so it can be more participatory.”

Federal Trade Commission Chair Lina Khan said previously the “roots of antitrust and anti-monopoly were founded in a deep vision of economic liberty, and a recognition that, in the same way in our political sphere we are averse to concentrations of power, that in order to fully realize our values of democracy and liberty, we need to have similar core values and structure.” She listed democratizing the agency as a goal in a 2021 memo outlining her priorities to the staff.

As antitrust experts debate its ties to democracy and whether markets are political, not far in the rearview mirror is the Trump administration’s effort to block the AT&T-Time Warner merger, allegedly because of the president's dislike for the political coverage of his campaign and presidency by CNN (part of Time Warner). The Justice Department has long denied politics had any part in the decision to bring the 2017 suit to block the deal.

‘Defenders of the status quo’

“They seek total control of the economy,” Wilson said of Neo-Brandeisian opponents of the Chicago School. Wilson said she was mystified by efforts to blame the consumer welfare standard for harms to democracy and “started looking for explanations.”

Republican FTC Commissioner Noah Phillips gave a full-throated endorsement of a democratic republic when he delivered the Thurlow M. Gordon lecture at his alma mater, Dartmouth University, in the fall.

“My view is that in a republican form of government, where the rule of law applies, the way we make societal decisions is mediated through things like Congress and the courts. And to be clear, also agencies, which have the power that Congress gives,” Phillips said.

Antitrust reformers’ concerns about the relationship between market competition and democracy are misplaced, he said.

“The sheer reach of the claims of antitrust reformers about what the law could or would solve suggests that their concerns are not about competition. Would-be reformers have been quick to blame antitrust enforcement, or lack thereof, for everything from supply chain issues for medical devices during Covid-19, to labor gaining too little from American economic growth to systemic racism, and even the decline of American democracy.”

“It is not all clear to at least to me that these are issues that stem from competition problems,” Phillips said. “And so, among other things, it seems counterintuitive that competition solutions will solve them.”

Leslie Overton of Axinn, Veltrop & Harkrider said at the ABA meeting, “While antitrust by itself can’t achieve racial equity — it’s a super heavy lift, requires a lot of aspects of policy throughout the whole of the government — it can contribute to racial equity.”

Overton said an ABA task force on antitrust, consumer protection and diverse consumers will release its work product this year.

Teachout, a Democrat who lost the 2018 primary for New York attorney general to Letitia James, cited the anti-monopoly focus of W.E.B. DuBois, who looked at the ways concentrations of power in the late 19th century sustained a status quo of disenfranchised Black Americans for decades.

"Market structure questions have a direct impact on power,” Teachout said at the ABA meeting, where the topic of democracy came up repeatedly, especially in the context of Big Tech.

“If Lynn exemplifies the intellectual foundation of the new antitrust movement — and FTC — is it any wonder talented (often progressive) lawyers & econs are leaving?” tweeted former FTC Commissioner Joshua Wright, a Republican.

A prominent proponent of the linkage between democracy and antitrust recently joined the FTC. Spencer Weber Waller, director of Loyola University’s Institute for Consumer Antitrust Studies, was named a senior adviser to Khan this year. He wrote a 2019 academic paper, “Antitrust and Democracy.”

“The question of whether and how the promotion of democracy is an instrumental goal of antitrust law is an important one,” Waller wrote. “There is an equally important issue of how antitrust can be enforced in a democratic manner.”