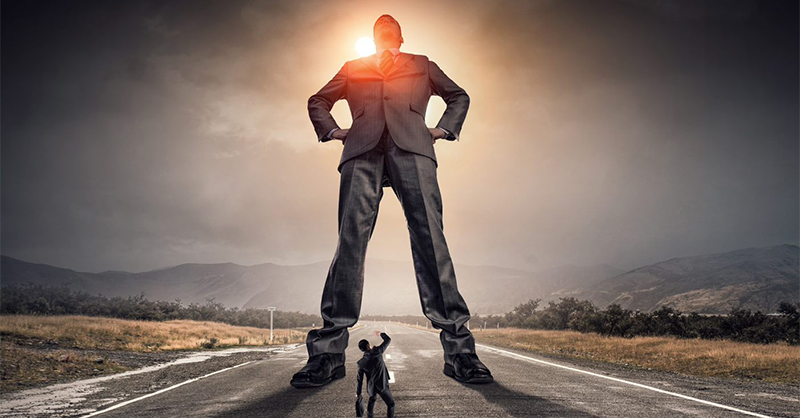 Competition enforcers in Europe’s 27 member states want a greater slice of the forthcoming enforcement action against tech gatekeepers. It is probably in the European Commission's interest that they get it.

The paper, aimed at legislators hashing out a final text, sets out why the EU's top enforcer will struggle to enforce the DMA properly by itself. National agencies could not only plug this gap, but bring their own expertise, resources and local networks to the table, it says.

This runs counter to the commission’s own proposal, which would reserve enforcement of the law for itself, albeit while consulting national authorities. From one perspective that makes sense: Much tech malfeasance is the fruit of policies and business practices that are global. Why fix an issue just in Poland when SMEs in Italy suffer alike?

But then again, the sheer scale of the conduct that would become sanctionable under the DMA is almost certainly too much for the commission to handle on its own, whose team is projected to start with a paltry 30 staff, rising to just 80 over three years.

And, perhaps counterintuitively, sharing around enforcement power may in fact result in more uniform sanctions by keeping national authorities’ pursuit of tech companies under the umbrella of a single EU law.

Empowering national authorities to take a swing at Big Tech companies will multiply the amount of work that can be done and the number of cases that can be brought. Meanwhile, the EU-wide legal framework should keep divergence to a minimum: The commission would probably have the power to intervene and decisions from every authority would need to follow EU precedents.

Plus this approach would probably have a positive spillover effect. Once sanctioned in one member state, tech companies are likely to roll out the necessary remedies for their operations across the bloc, or even globally. This could be partly to avoid further fines in other jurisdictions, but is also simply a question of avoiding divergence in their own operations.

This is already often the case under the existing rules. For example, Google this month agreed to a set of antitrust remedies with the French competition authority, regarding its adtech practices, and said it would roll them out globally.

In an ideal scenario, the commission and national authorities would pursue different companies or business lines to avoid overlap and, between them, tackle the broadest possible range of behaviors.

Once again, this already occurs under the existing rules, albeit imperfectly. Germany initially went after Facebook, while the commission pursued Google, and France, Apple.

Then, when they started pursuing the same companies, they at least appeared to be going after different business lines: The commission was scrutinizing Apple's behavior with competing services, the Dutch were looking at how it treated other business partners, and France was delving into its privacy policies.

"We would never open a proceeding on which the commission is doing work, and the other way round," the head of the German authority, Andreas Mundt, said at a conference* on Friday. "There is a huge amount of work going on, all directed at different issues."

Isabelle de Silva, who heads up the French competition authority, echoed that in a recent interview. "Coordination is very close" over Big Tech, with teams speaking sometimes daily about their probes.

But in private many disagree and say the recent spate of cases will inevitably cover the same terrain. All the more reason to ensure everyone is sitting around the same table, the argument goes.

The centralized approach currently proposed by the commission is also not without danger. It could in fact lead to more divergence: National authorities, unable to enforce the DMA, could try to punish the same conduct using different laws.

Look at the General Data Protection Regulation. That also centralizes enforcement power in cross-border cases, albeit under a lead national authority — in most cases Ireland — rather than the European Commission. With the Irish authority overwhelmed and unable to land a glove on the tech giants, other data protection authorities have started targeting the same conduct under different laws.

Competition authorities could do the same if denied access to the DMA, using national competition laws or adjacent areas of regulation such as consumer law. This would leave the commission with little to no oversight.

Some EU countries have already laid the policy groundwork for a more muscular approach to the tech giants. A recent amendment to Germany’s competition law anticipated one of the main innovations in the DMA, namely the singling out of “gatekeepers” — companies of “paramount” importance in the German law — for especially tough treatment.

Over the last six months, the authority in Bonn has opened broad inquiries against Google, Facebook, Apple and Amazon under this law. It is within its rights to do so: EU competition rules allow national enforcers to freely pursue cases where national laws are stricter.

National policymakers are no less eager than their EU counterparts to bring tech giants to heel. If their enforcers aren’t free to pursue those companies under EU rules, they won’t hesitate to follow Germany’s lead in writing their own.

On a subject this big, the European Commission can’t erase the risk of divergence by keeping power to itself. It may find that a softer touch does more to promote harmony in Europe’s pursuit of Big Tech.