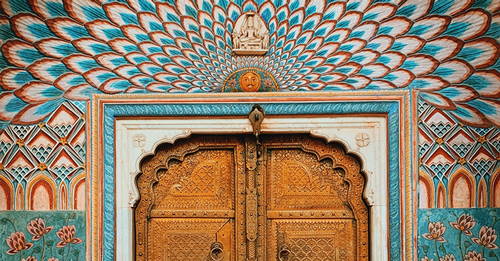 Less than three weeks before the three-month term of the acting chairperson ends, there is still no announcement on who will head the Indian antitrust authority.

With the critical position remaining vacant for more than two months, many members of the legal fraternity have concluded that competition law is not a priority for the Narendra Modi government. It is not as if former antitrust chairman Ashok Kumar Gupta suddenly vacated the position. His term ended in late October when he turned 65, the compulsory retirement age for members of the antitrust authority.

MLex has learned that the government has been sitting on the names of at least two short-listed candidates for months.

The 13-year-old Competition Commission of India, or CCI, has regressed to pre-2009 days since Gupta retired on Oct. 25, 2022. Although the government appointed CCI member Sangeeta Verma as the acting chairperson, the authority can, at best, engage in advocacy initiatives, not just for the want of a new chairperson, but because under the Competition Act, no decisions can take place without a quorum of three.

With just two members, Verma and Bhagwant Singh Bishnoi, no official work is taking place at the CCI. Verma's appointment as acting chair was for three months or until a full-time chairperson was appointed "whichever is the earliest."

Since Gupta left office, at least 14 merger applications are pending review, more than 100 enforcement cases are unresolved, and the fines imposed on Google in the October 2022 landmark rulings in the Android case and the PlayStore case remain provisional.

It is bizarre to believe that a country like India does not have adequate people for the job. As most lawyers said, the delay exemplifies the lack of importance competition law plays in India.

The Competition Amendment Bill 2022 — four years in the making — has yet to be passed.

This is despite approval from the parliamentary standing committee on finance of most of the proposals suggested by the Competition Law Review Committee, which was set up when the former CCI chairman was appointed.

The appointment of the new chairperson was expected before Christmas. Insiders said two names were doing the rounds and the hunt for the new chair had started as early as July last year.

More than 50 eligible individuals applied for the position. A government-appointed committee headed by a Supreme Court of India judge, who was nominated by the Chief Justice of India, interviewed the potential candidates. The committee, under the Ministry of Corporate Affairs, had shortlisted former CCI secretary Smita Jhingran and Yogender Chaudhry and sent their names to the Prime Minister's Office for final selection, MLex has learned. The Prime Minister and the Home Minister, Amit Shah are the ultimate decision-makers.

Jhingran would have less of a learning curve given her past involvement in legal proceedings, framing rules and regulations, and heading the CCI's International Cooperation Division as secretary.

One possible explanation for the delay in announcing the new chairperson, MLex understands, is that the Prime Minister's office may not favor the selected candidates.

This could mean the selection process may be revisited. Extending Verma's term beyond three months cannot be ruled out, should the government need more time to finalize the post, MLex understands.

Although Jhingran's past association at CCI would be a boon, her elevation won’t necessarily set the stage for CCI's 2023 agenda.

Regardless of who finally heads CCI, the agenda for the commission is set by the government. Unlike the European Commission or the US Federal Trade Commission, where the individual heading the competition wing sets the agenda, the Indian antitrust authority is not independent of the government and simply toes the line. Expecting the new chief to do something very different is expecting a bit too much.

Further, unlike other antitrust authorities which identify focus areas, the CCI does not generate its own focus areas. In 2023, it will almost certainly continue with the government’s mission to rein in Big Tech and the digital industry.

Big Tech faced intense regulatory scrutiny across the globe in 2022 and India was no exception. The CCI went after global giants the likes of Google, Amazon, Apple, Meta, Walmart and Uber as well as domestic digital platforms such as Flipkart, MakeMyTrip, Oyo, and Ola.

Antitrust hearings in WhatsApp's privacy policy are expected to be heard later this month at the CCI after the Supreme Court dismissed the US messenger's appeal and ordered the antitrust watchdog to continue with its investigation.

In 2023, Big Tech faces more challenges in India because the government is proposing legislation on multiple fronts that would break the monopolies held by the digital giants and regulate data collection.

In his last exclusive interview with MLex, Gupta said challenges posed by the digital economy would continue to engage the Indian antitrust authority, which may need to arm itself with forward-looking, “ex-ante” regulations. The proposed digital competition law — aimed at curbing anticompetitive practices in digital markets — identifies ex-ante regulations and the need for India to identify leading players or market winners that can negatively influence competitive conduct in the digital ecosystem.

The Digital Personal Data Protection Bill may have eased cross-border data transfer restrictions but proposes stiffer penalties for non-compliance with the data-privacy law. The government has also yet to shed light on the much-awaited Digital India Bill, which will replace the obsolete Information Technology Act 2000.

Cartels will continue to be a focus for the CCI, given the government's emphasis on the damaging impact cartelization has had on the Indian economy, especially by steel and cement companies. Recently, CCI's investigation arm conducted dawn raids on nine steel companies following a directive from the Madras High Court.

Clearing the backlog of cases, most of which pertain to abuse of dominance, is expected to keep the new chief tied up for several months. The Ministry of Corporate Affairs' latest monthly newsletter identifies 106 cases pending with the CCI at various stages, as of Oct. 31, 2022.

Nine cases were remanded back to CCI by the appellate tribunal in October last year. More recently the National Company Law Appellate Tribunal, or NCLAT, remanded a tire cartel case involving the Automotive Tyre Manufactures Association and five manufacturers back to the authority to review the penalty imposed for price-fixing.

NCLAT has also remanded the realty major DLF abuse of dominance case back to the CCI. This is the second time the antitrust watchdog was ordered to revisit its order since 2016.

K K Sharma, former director general at CCI said that once the new chief is appointed, CCI should first focus on low-hanging fruit. "Let there be a focus on pushing the small, less time-consuming matters first, resulting in faster disposal," Sharma told MLex.

However, in his last interview before leaving the CCI, Gupta fortuitously warned his yet unnamed successor that delayed intervention in the digital economy could prove "expensive or even futile."