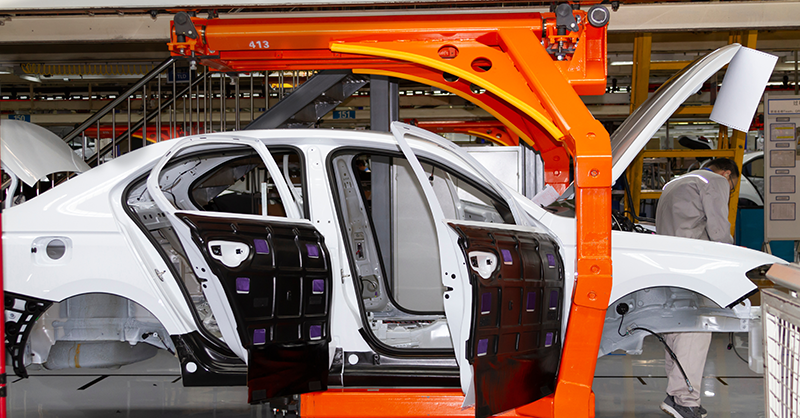 In an article published by China Auto News, an industry media outlet, two experts suggested that Chinese auto companies should actively explore ways to use the country’s antitrust law to guard against potential abusive behaviors by holders of standard-essential patents, or SEPs.

Authors Wu Zhixin and Wang Junlei are respectively the deputy general manager and the intellectual-property rights leader at China Automotive Technology and Research Center, or Catarc, which is overseen by the state-owned Assets Supervision and Administration Commission.

According to their argument, it’s neither applicable nor reasonable for holders of communication-based SEPs to demand fees from end-product makers, including manufacturers of connected cars and internet-of-things-related equipment such as smart-home products, given the SEPs’ limited contribution to these technologies.

The authors pointed to US-based patent pool Avanci and its members’ refusal to license the patents to module-suppliers as an example of holders violating Frand commitments — fair, reasonable and non-discriminatory — and crushing the auto industry’s existing business practices.

This business model may also be linked to suspected IP abuses, they noted, citing a $20 per-vehicle charge imposed by Avanci that they described as unfairly high.

The article was published just days after China’s automotive industry released a set of SEP licensing guidelines, which said that any good-faith user of patents should obtain a license and the SEP holder was obliged to grant a license to an intended SEP user — no matter which segment of the automotive industry it operates in.

The guidelines also suggest that the product unit for which the SEP technology makes the actual contribution should be used as calculation base for license fee.

Catarc and China Academy of Information and Communications Technology, a think tank of China’s Ministry of Industry and Information Technology, jointly released the guidelines on Sept 13. It came amid China’s ambition to build up its intelligent and connected vehicle industry.

According to a China-based IP lawyer who spoke to MLex, because the guidelines aren’t legally binding, it’s unclear whether China’s judiciary will take their sector guidance into consideration when deciding on patent lawsuits in the future.

However, another IP lawyer said that the guidelines could nonetheless be used by Chinese automakers as an excuse to push SEP holders to collect fees from component makers rather than the end-product makers.

As China’s auto industry moves to proactively fend off future legal risks relating to SEP holders, other concerns are now being voiced.

Part of the reason for end-product makers to be targeted by the SEP holders is that it’s much more convenient and efficient to collect fees that way, rather than locating the numerous component makers, according to one lawyer.

Furthermore, connected-car makers have been awarded a high premium from consumers via value-added functions powered by the wireless communication technologies and relevant SEP holders should also be entitled to share in those profits, the lawyer said.

According to Avanci’s website, Chinese OPPO and China Mobile are also among the licensors in its licensing marketplace. As reported yesterday, Avanci has 51 SEPs licensors on board globally, including Nokia, Ericcson and Taiwan’s Acer.

In an email to MLex, an Avanci spokesperson said that the company is currently reviewing the guidelines and looks forward to offering comments at a later point.