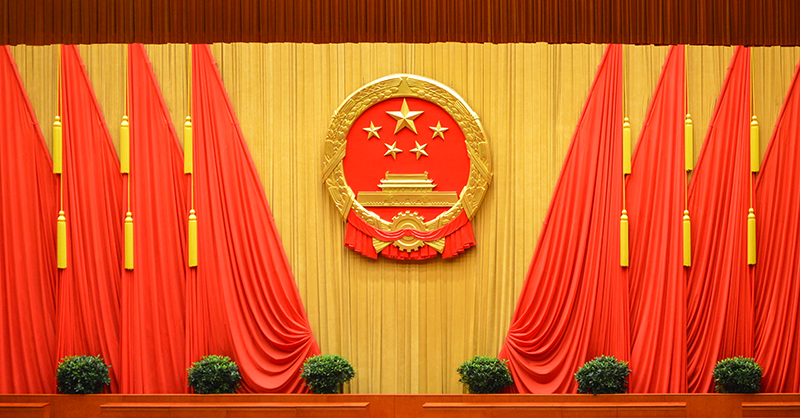 Chinese citizens, as well as observers outside the country, are closely parsing the language used by the country's newly re-appointed leader Xi Jinping at the Communist Party's recent congress for signs of the country's policy direction in coming years. The language that was used, or not used, has become fruit for speculation.

Chinese people, for example, wondered whether the government would maintain its strict housing policy after President Xi failed to use a well-known expression — "housing is for living, not for speculation" — in his speech at the opening ceremony of the 20th National Congress of the Communist Party, which started on Oct. 16 and ended Oct. 22.

That level of attention is also being focused on issues involving antitrust enforcement. Is China in coming years committed to a robust antitrust regime, especially after unprecedented internal restructuring at the antitrust regulator in 2021?

Comparing the full-text version of Xi’s work report released by Xinhua News Agency on Oct 26 to the speech the president delivered on Oct. 16 reveal that the issue of antitrust policy and the iconic slogan on housing policy, which are included in the full work report, were both skipped in Xi's speech to the congress.

The full report pledges to boost antitrust and anti-unfair competition enforcement, break local protectionism and administrative monopolies, and to regulate and guide growth in capital to ensure healthy economic development.

Such differences in the two versions of Xi's report have fueled speculation among multiple observers that antitrust enforcement might receive less emphasis in the coming years. It also appears to align with previous observations about this year's "Two Sessions" — a key annual gathering in March of the country's legislature — made by MLex.

As MLex reported,  economic headwinds are prompting Chinese leaders to orchestrate an all-out effort to shore up growth in the world's second-largest economy, pushing antitrust issues lower on Beijing's agenda for the future.

Months after the Two Sessions, on the first trading day after the party congress ended, share prices plunged on stock markets in mainland China and Hong Kong, as well as among Chinese stocks listed in the US. The market reaction was widely attributed to low confidence in China’s future economic growth.

It won’t be a surprise, then, if Beijing places a greater priority on encouragement of innovation and employment-generating strategies than on antitrust enforcement.

While some legal practitioners now have low expectations for antitrust enforcement, others argue the full text-version of Xi's remarks do, in fact, reaffirm the country’s commitment to safeguard fair competition and to build a unified national market. A robust antitrust regime is seen as an efficient tool to achieve these goals.

In addition, portions of the Oct. 16 speech that state the market should play the decisive role in resource allocation are being interpreted as a sign that the leadership is determined to enhance fair competition, some observers said.

Moreover, on Oct 19, as the congress was still underway, He Rong, vice head of the country's top court, also pledged at a press conference to strengthen antitrust and anti-unfair competition justice and maintain a market that ensures fair competition.

In addition, it was recently disclosed that the country's antitrust regulator, the State Administration for Market Regulation, or SAMR, aims to further increase its staffing levels, adding 11 new officers to the regulator's three antitrust bureaus.

SAMR kicked off its recruitment exercise in October last year, coinciding with an internal revamp a month later where it introduced a trio of antitrust bureaus to replace the now defunct Antimonopoly Bureau.

Despite the current tea-leaf reading triggered by the party congress, SAMR's improved enforcement team and amendments to the country's antitrust law are likely to ensure that antitrust issues will still play an important role in the country’s economic growth, although it's unlikely we will see another bumper year like 2021 for antitrust enforcement, with record fines on abuses by Alibaba and Meituan.