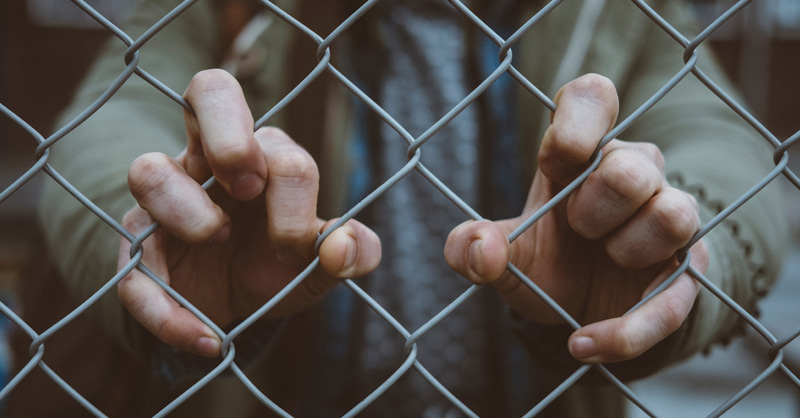 Former car parts executive and convicted bid-rigger Eun Soo Kim wants out of the United States. A federal judge has ordered his prompt removal from the country. But US Immigration and Customs Enforcement, MLex has learned, contends his crime has moral implications that allow his detention in the US until Aug. 10.

Despite offering to purchase his own airline ticket and Korea agreeing to accept him, Kim was told by ICE that he cannot self-deport because he committed a “crime of moral turpitude.” That explanation, however doesn't comport with the deportation of convicted price-fixer Maria Ullings, who self-deported and was not detained by ICE following her prison stint.

An ICE spokesperson said deportations are handled on a case-by-case basis after weighing "the totality of the circumstances."

But the defendants' divergent treatment suggests that foreign cartelists can face arbitrary immigration enforcement after serving federal prison sentences. Ullings and Kim’s stories appear nearly identical. They committed the same Sherman Act violations and evaded the charges until they were eventually extradited to the US and pleaded guilty for their crimes. One possibly key difference is that Ullings was granted an early release by her judge, who ordered ICE to either deport her or allow her to self-deport.

Now, Ullings is free and Kim is set to stay in US custody for an extra two months.

ICE is holding Kim in a room with some 90 people at an ICE processing center in Jena, Louisiana, where he has been since completing his federal prison sentence on June 14. He was extradited to the US this year for participating in a bid-rigging conspiracy involving instrument panel clusters, or dashboards that were installed in cars sold in the US.

While awaiting extradition, his lawyer said, he was held in solitary confinement for some five months in a German prison. He was sentenced to nine months, with credit for time served, and a $130,000 fine after pleading guilty in an Atlanta federal court.

On July 7, US District Judge Timothy Batten issued an order asking ICE to either comply with his previous judicial removal order or to show cause why the agency cannot comply. ICE’s private July 9 response, obtained by MLex, is scant on details but said the removal was scheduled “as expeditiously as possible.”

“ICE removal operations require complex coordination, management, and facilitation efforts to successfully remove aliens from the United States,” ICE told the court. “These removal operations have been complicated by the COVID-19 pandemic as well as countries’ restrictions on international flights.”

John Sandweg, a former acting ICE Director, told MLex that ICE removal procedures can take longer when they are removing someone to a country they don’t normally deport people to, such as Korea. ICE does not charter flights to Korea as it would for countries it regularly deports to, and so the agency would have to arrange for Kim to be sent home on a commercial flight. That can take longer to arrange, Sandweg said, particularly during a pandemic with travel restrictions.

Despite the frustrations of waiting an extra two months for ICE to arrange his travel, it appears to be Kim’s best option. According to an email seen by MLex, an attorney for the US Department of Justice's antitrust division relayed a message from ICE to Kim’s lawyers that he was barred from voluntarily removing himself because he had committed a “crime of moral turpitude.” The agency also discouraged Kim’s lawyers from attempting to speed up his removal and said any attempts to do so “would likely be unsuccessful and counterproductive, only resulting in greater delay.”

The DOJ and Kim’s lawyers considered filing a joint request asking Batten to compel ICE to allow voluntary removal but those plans were derailed by the ICE message, it is understood. Notably, ICE’s July 9 response to Batten, sent a day after the email seen by MLex, did not mention Kim being barred from voluntarily deporting himself or the “moral turpitude” explanation behind it. Neither of Batten’s orders regarding Kim’s removal contained language allowing voluntary removal.

ICE employed a novel use of the “moral turpitude” designator, but Kim’s situation is novel. He was just the third person ever to be extradited to the US based solely on antitrust charges; Ullings was the second.

A crime of moral turpitude is a long-standing concept in US immigration law, and is used to exclude foreign nationals convicted of a number of different crimes. The term is not defined by statute, but in case law it generally involves conduct "inherently base, vile, or depraved," or conduct "that gravely violates the sentiment or accepted standard of the community." Though typically thought to cover violent crimes, courts have routinely found fraud to be a crime of moral turpitude.

For ICE, antitrust crimes are included.

In the antitrust world, the “moral turpitude” designator is a key part of a 1996 memorandum of understanding between the DOJ and ICE. For ICE, a foreign national who wraps up a sentence following an antitrust conviction must be deported and barred from reentering the US for at least 15 years. Under the MOU, however, individuals who plead guilty and cooperate with prosecutors can receive a waiver from ICE.

While Kim did plead guilty, he did not cooperate with prosecutors.

If he had cooperated with prosecutors, it's more likely that he wouldn't have been detained by ICE, Sandweg said. The Immigration and Nationality Act has a specific carve-out allowing cooperators to avoid some of the mandatory detention provisions that prevent individuals from self-deporting.

“Generally speaking, ICE is going to play ball,” Sandweg said. “If [the DOJ] says this is a cooperator, they’ll work with the federal prosecutors.”

Like Kim, Ullings did not cooperate with US investigators and evaded her criminal antitrust charges for years until she was extradited and eventually plead guilty. As an executive at Martinair, she participated in a price-fixing conspiracy that affected shipments of US Air Force parts. She was granted compassionate release by US District Judge Michael Brown due to the risks the Covid-19 pandemic placed on her health.

Brown ordered ICE to “effectuate this Court’s January 23, 2020 Order of Judicial Removal by removing [Ullings] from the United States to the Netherlands, or allowing her to voluntarily remove herself at her own expense to the Netherlands…”

MLex could not definitively determine the reason Ullings was not detained by ICE after leaving prison. When asked why it appeared that the agency's enforcement was inconsistently applied, an ICE spokesperson told MLex in an email that the agency “makes decisions on case-by-case basis based on the totality of the circumstances in each specific case.”

Sandweg said that ICE attorneys are typically going to consent to a district court’s wishes, but they could make strong legal arguments that federal judges lack jurisdiction to compel ICE to effectuate a voluntary removal.

Still, given their identical crimes, lack of cooperation, extraditions, guilty pleas and judicial removal orders, it appears the only major difference between Ullings’ case and Kim’s was the compassionate release order allowing Ullings’ voluntary removal. Perhaps that made all the difference.

-- Joshua Sisco in San Francisco contributed to this report