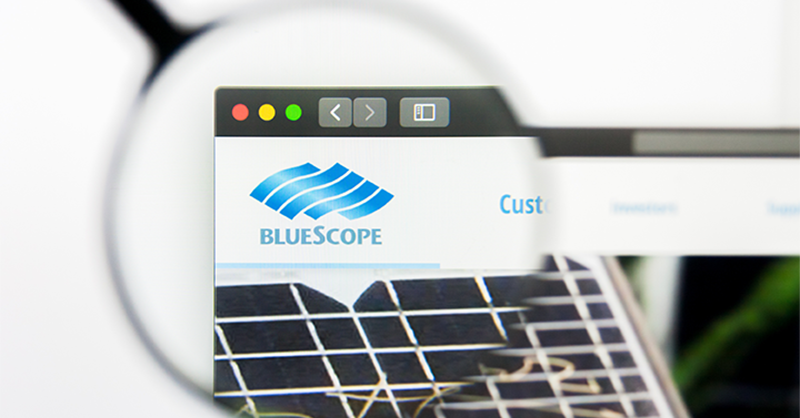 Jason Ellis didn’t know he was being recorded when he sat down with executives of Taiwanese steel producer Yieh Phui in 2014. Nonetheless, the sales chief of BlueScope Steel chose his words carefully, at one point admitting that he had rehearsed his presentation “20 times.”

In the recording, played last year at the start of a civil-cartel trial in the Federal Court of Australia, Ellis assured Yieh Phui’s managers that the meeting didn’t amount to an attempt to fix prices and that he had received legal advice to that effect.

The question of whether Ellis’s barnstorming tour of Asia to talk up BlueScope’s recommended price list for flat-steel products was an attempt to establish a cartel is likely to be the focus of trial judge Michael O’Bryan’s ruling, expected early this year.

On the one hand, the Australian Competition & Consumer Commission, or ACCC, was adamant in last year’s six-week trial that the only reason for BlueScope’s Melbourne-based top salesman to offer his price list to rival steel producers in Taiwan and India was to establish a cartel.

On the other, lawyers for both BlueScope and Ellis, who has been personally targeted by the ACCC lawsuit, are certain that the company never asked for a commitment from either the Asian steel producers or Australian steel distributors that Ellis had met.

The ACCC doesn’t need to prove that the cartel ever actually came about — in fact, there’s no evidence to suggest that it had. Under the wording of the Competition and Consumer Act, the competition enforcer merely needs to prove that Ellis had attempted to establish a cartel.

To do this, Ellis’s words and actions needed to amount to an attempt to reach a “contract, arrangement or understanding.” And that’s why the defense lawyers are suggesting that Ellis and other BlueScope managers attending those meetings had just been shooting the breeze.

The ACCC’s not buying it. Lawyer Michael Hodge, who has been representing the competition enforcer, has been dismissive of suggestions that just because Ellis didn’t use words such as “commitment” or “undertaking,” there was nothing untoward going on.

To accept that BlueScope’s campaign to put its price list under the noses of steel manufacturers in Taiwan and India, as well as Australian steel distributors, was nothing more than a lawful but failed sales strategy was an “evisceration” of competition law, Hodge said.

The issue of Ellis’s intentions have made the only recorded evidence of his contested interactions central to the case.

In the Taiwan recording, Ellis tells Yieh Phui executives that because BlueScope had an 85 percent market share in Australia, the price list merely established “a market norm.” But Ellis then goes on to say that “it’s not compulsory to follow this — you can follow or not follow it.”

This is when the Yieh Phui managers in the recording start to sound worried. They are clear about the penalties linked to Australia’s 2009 criminal-cartel law and the willingness of the ACCC to investigate price-fixing arrangements.

“Again, we focus on the spirit of the ACCC’s [rules requiring] an unrestricted market, without any limitations,” an unidentified Yieh Phui manager says in the recording. “Nobody can bear a $10 million fine or 10 years’ in prison.”

Ellis attempts to reassure them. The price list was “perfectly acceptable in Australia,” he tells the Taiwanese. “There is absolutely no illegality about that. Please believe me that before I had this conversation, my lawyer talked to me.”

That a group of managers, thousands of kilometers from Australia, would be so familiar with the country’s antitrust laws should have sounded alarm bells for BlueScope.

In evidence presented to the court we now know that a BlueScope competitor had been in touch with the Taiwanese executives to warn them of the perils of Ellis’s pitch. At least one of two other local steel companies, Shang Shing and China Steel, had also been warned.

Despite the recording of the Taiwan meeting, the ACCC has repeatedly found itself on the back foot since the civil lawsuit was announced in 2019.

By its own admission, the ACCC had wanted this to be a criminal-cartel prosecution, something that is reflected by its approach to the investigation and the documents it prepared.

For reasons that remain unclear, the Commonwealth Director of Public Prosecutions, Australia's federal prosecutor, declined to pursue the matter. This left the ACCC scrambling to file a civil lawsuit within the allowed five-year window.

The ACCC then attempted to suppress reporting of the civil lawsuit before a parallel criminal-obstruction prosecution against Ellis had been resolved.

But O’Bryan rejected the ACCC’s request, saying the threshold for the suppression of legal proceedings was high and the ACCC had failed to clear it. In September 2020, Ellis’s obstruction prosecution culminated in a guilty plea, marking Australia’s first criminal-obstruction conviction in a competition case.

The reliability of the ACCC’s witnesses has also been called into question. The recollections of Malcolm Griffith Wright, known as “Griff,” were repeatedly impugned by defense lawyers, who managed to obtain an itemized bill of Wright’s 2013 dinner with Ellis.

Cameron Moore, representing BlueScope, suggested to Wright that those drinks may have affected his recollection of a dinner that took place eight years ago. “I make no criticism — it seems like a pretty standard dinner,” Moore said.

In response, the ACCC depicted Ellis, the son of mining giant BHP Billiton's former chairman Jerry Ellis, as unreliable and his evidence as flying in the face of all logic.

How could it be that Ellis, or anyone else from BlueScope, thought it was a good idea to visit competitors in both Asia and Australia with a price list in hand. “Why would they have any interest in doing that?” Hodge asked the court.

But Ruth Higgins, representing Ellis, said that the judge should focus not on whether visiting rivals was a smart move, but whether it amounted to an attempt to establish a price-fixing arrangement.

“It is not sufficient that his conduct was imprudent or unwise — your honor might conclude both. But your honor has to find specific intention to bring about an arrangement,” Higgins said.