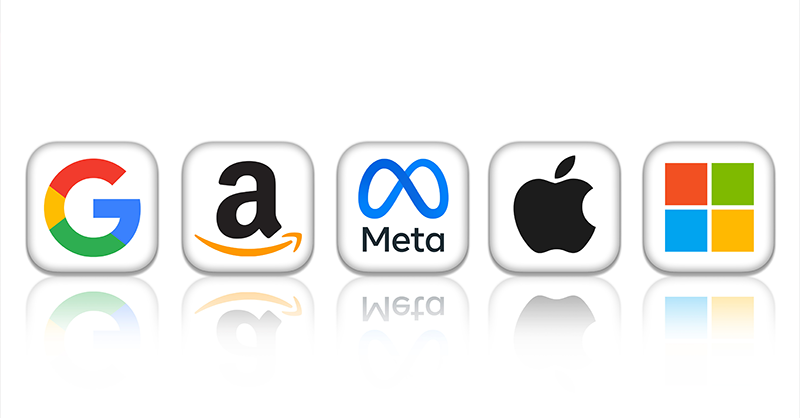 Will a wave of unilateral antitrust concessions by the likes of Amazon and Google blunt the EU’s new Big Tech regulation before it even comes into force?

The European Commission is marshaling the troops to ensure enforcement of the Digital Markets Act is ready for 2023, when some of the world’s largest companies will be labeled powerful platforms, starting the process for nearly 20 new restrictions to apply to their business.

But a slew of antitrust settlements and voluntary business changes before then could mean the law is born into a different landscape than when it was conceived.

With the final form of the law now clear, Microsoft, Apple, Amazon, Google and Meta are pouring vast resources into getting their businesses ready for the new era of regulation. The DMA is designed to brand such large companies as “gatekeepers” and then apply clear obligations on opening up those businesses for rivals.

The time until the DMA starts to bite is running out. Until then, though, the companies can take their fate into their own hands by trying to get ahead of that new law to limit its possible incursions down the road. Under the DMA, any incursions could be greater, and the companies’ chance to push back smaller, than now.

So it should come as no surprise that last month Amazon moved to settle an EU antitrust investigation into gathering data on sellers and presenting product results prominently on its pages.

Why was this significant? In making those changes, Amazon could sit around a table with EU antitrust investigators over several months and design a workable solution for the company that placated the antitrust concerns.

In the future, some of those business practices will be caught directly by the DMA, and under that law, Amazon will have a much shorter timeframe and limited ability to influence the outcome.

Lawyers for large tech companies fear that the DMA, which is still shrouded in mystery, will be more of a boxing glove than a scalpel. While regulators will gain speed and decisiveness with the DMA’s shorter timelines, the companies under scrutiny will lose the ability to engage in solutions and defend interests that come with normal antitrust settlements.

So, it’s clearly in the interests of Amazon to wrap up the probe in this way and get ahead of the DMA’s imposed solution. The same could be expected of other companies such as Microsoft, Google, Apple and Meta, who are all facing different kinds of investigations in different countries.

While the DMA’s scope may end up being wider than the antitrust settlements, the companies have a chance to set the principles now, knowing (or hoping) that regulatory action down the road should remain consistent with the prior approach.

Many of the business practices covered by the DMA are already under investigation in Germany under national antitrust rules. But, again, tech companies have engaged with the regulator there to find solutions, which could be agreed upon before the DMA comes into force.

Solving some of the large questions around data handling or self-preferencing through a German procedure before the DMA even gets going will doubtless help these companies manage their risk exposure.

It doesn’t guarantee that the commission won’t demand an extra pound of flesh under the DMA. But changes agreed now may, at least, set the guiding principles for future action. Removing some of the most egregious practices now could take the heat off of a sector, meaning investigators look elsewhere when looking for new DMA targets.

Some in the European Commission tasked with enforcing the DMA will doubtless be keeping an eye on the concessions cooked up behind closed doors between Big Tech and a small group of antitrust enforcers, in Brussels or elsewhere, to ensure the solutions there are consistent with the new legislation. And to ensure the new law has free rein to come up with its own solutions when the time comes.

But the conundrum for both sides — Big Tech and DMA enforcers — is how to assess that when the law is barely out of the cradle.

Asked whether Amazon’s concessions aligned with the new digital rules, the EU executive said in July that the online retailer had been “mindful” of the obligations under the new law, but the antitrust probe didn’t prejudice that.

A spokesperson stressed that there was a time advantage in wrapping up this antitrust probe earlier and giving consumers the benefits now, rather than waiting for the DMA to come into force.

The commission gave a similar response this month when asked for a view on the concession made by Google to comply with a 2017 antitrust decision targeting its Google Shopping service: The remedy would need to be assessed afresh for compliance with the DMA.

Last month, Google also made a unilateral move to allow developers to use rival payment service providers in apps distributed via the Play Store. The company said straight out that this was an attempt to comply with the DMA’s forthcoming obligations.

The benefit to Google is clear. It gets ahead of a potentially invasive regulatory measure by making a voluntary concession. When the DMA enforcers then come to start looking for potential problems, will they decide to act here and extract perhaps extend the concession with a further marginal expansion, or will they look elsewhere?

The regulator took note of the move but said it would only “assess the compliance of these measures with the DMA, once the DMA becomes applicable.” Its antitrust staff has also sent out questionnaires looking into Google’s practices, indicating the issue could face scrutiny from multiple angles.

The regulator is also in an awkward position. On the plus side, it can wrap up ongoing probes and point to real-life changes before it has even had to fire the DMA’s first shot.

But on the negative side, the commission opens itself up to criticism that it is going soft on Big Tech. Not only is it passing up on the chance to fine conduct that it views as blatantly wrong, but it may be settling for less than it could extract under the DMA.

As the public statements on Amazon and Google Shopping suggest, the commission will want to wait before deciding. Yet, at the same time, its most senior officials are issuing public invitations to Big Tech to engage now with enforcers to prepare the ground.

So companies are being encouraged to engage with the commission early. But the regulator can’t hint whether the pre-DMA concessions will be enough once the law comes into force. It’s an awkward dance.

It could also be in the commission’s interests to clear out some of the most obvious concerns now. This could avoid enforcement bottlenecks down the line when the DMA forces its strict deadlines upon staff.

Moves by Amazon and Google in the last few weeks won’t be the last. Microsoft already made concessions unilaterally to its cloud business earlier this year, and Apple has been wrestling with the Dutch antitrust watchdog over changes to its App Store rules.

None of these concessions will be made without a very strong indication that they will get ahead of practices banned by the DMA.

In an interview with MLex earlier this year, Martijn Snoep, head of the Dutch authority, said it was for the commission to decide whether Apple’s concessions in the Netherlands were in line with the DMA, that it wasn’t his call.

But with probes mounting up around the world and many business models global, the chance for a tech company to address some concerns now is appetizing, rather than face the clunking fist of the DMA.