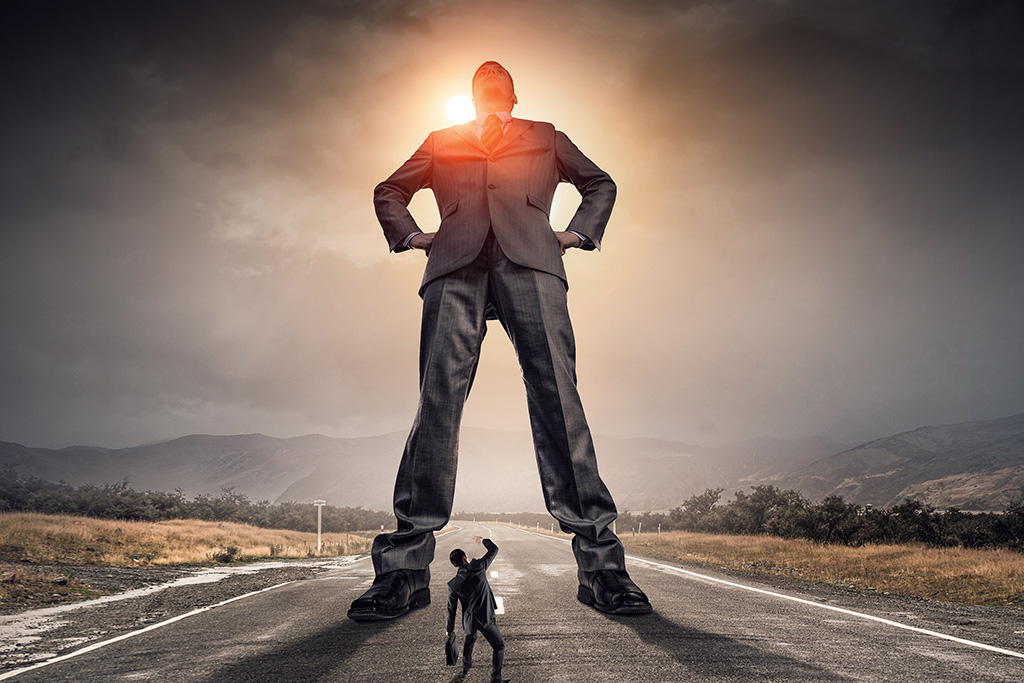 Tackling Big Tech’s challenges is a team effort, the UK’s competition regulator signaled this morning as it outlined a string of cross-regulatory initiatives to put muscle behind its digital enforcement mandate.

The Competition and Markets Authority, Ofcom and the Information Commissioner’s Office are partnering to spearhead a new “pro-competition” regime — putting to bed concerns about potentially stepping on each other's toes and making tougher, unconventional regulation appear all the more inevitable.

The news came today as the CMA revealed the final findings of its long-anticipated market study on online platforms and digital advertising — flagging concerns about the market power of Google and Facebook.

The two tech companies, which it said dominate with 80 percent of the UK's 14 billion-pound advertising market ($17.3 billion), have “unmatchable access to user data” — which allows them to target advertisements to individual consumers and tailor the services they provide. That, among other factors, presents a potential barrier to new competition, according to the regulator.

Alongside that report came a flurry of statements from the watchdog, outlining how it plans to take its digital markets work forward and, specifically, pave the way for a new era of coordination with its regulatory peers.

First, a Digital Markets Taskforce — announced by the UK government in its budget in March — will begin advising ministers on the scope of a new pro-competitive regime for platforms and adtech by December.

The taskforce is headed by a senior CMA official and is made up of several officials: from the authority itself, from communications regulator Ofcom, and from the UK's privacy watchdog, the Information Commissioner’s Office.

The new twist, however — and a sign of how deep the collaboration stands to be — came in the setting-up of a Digital Regulation Cooperation Forum, or DRCF. This will facilitate open dialogue and joint working between the three regulators, to inform future policy making and to explore emerging policy challenges.

It lifts the lid on the extent of collaboration between the regulators, which has long been somewhat ambiguous, even with their overlapping aims.

“If we’re going to make sure digital markets work well for people and businesses now and in the future, it’s important that regulators work well together to share expertise and information — that’s why we’ve created this forum,” Will Hayter, senior director of policy and international at the CMA, said in the regulator's statement.

Simon McDougall, executive director for technology and innovation at the ICO, said the information watchdog “already has a strong relationship with both the CMA and Ofcom” and the forum “formalizes its existing collaborative efforts.”

“We are in an era of digital innovation and ambition, so it’s crucial that regulators work together to find a balance between effecting compliance and encouraging change in the online world. The Forum will help us pursue joint projects and research, and we look forward to sharing knowledge and best practices,” he said.

From Ofcom, Kate Davies hinted that the collaboration may even extend beyond the three agencies.

“In addition to the core members of the Forum, cooperation with other regulators is likely from time to time. The DRCF will also engage regularly with the Government and will invite a relevant [Department for Culture, Media & Sport] Director General to participate in meetings on a periodic basis,” said Davies, the watchdog's director of strategy and policy.

As part of its newfound collaboration, the CMA has called on the government to introduce a new pro-competition regulatory regime to tackle Google and Facebook’s market power.

“The dynamic nature of digital advertising markets and the types of concerns identified by the Competition and Markets Authority (CMA) in its market study are such that existing laws are not suitable for effective regulation,” it said in its statement.

The proposed new pro-competition regime builds on the findings of the Furman report, which was commissioned by the Treasury —the UK's finance ministry — and led by US economist Jason Furman. The report put forward a string of recommendations including a code of conduct for companies with strategic market status, and a standalone regulator — the digital markets unit — to regulate digital platforms.

Chiming with that, the CMA wants to see a Digital Markets Unit in the new regime, with the tools to enforce a code of conduct. It would use this to ensure that platforms with market power, such as Google and Facebook, don't behave in exploitative or exclusionary way, or engage in practices likely to sap away trust and transparency. If necessary, it could impose fines or order Google, say, to open up its click-and-query data to rival search engines, among others.

Cross-regulatory shaping of the regime

Overall, then, the scope of the new regulatory regime will be determined by the Digital Markets Taskforce, and draw from the Furman review and the CMA’s digital markets study. It will also extend the market study’s assessment out to platforms not funded by digital advertising.

One key task will be to decide how far its reach extends in promoting competition and innovation. It will need to work out which test that might be used to identify companies with Strategic Market Status (SMS), for example, or which online activities might be considered as falling under the digital markets regime.

The CMA noted that in developing its advice, the taskforce will “pay close attention” to regulatory proposals being developed in other jurisdictions, such as the Digital Services Act proposals from the European Commission.

“The government has been clear that there needs to be a coherent approach to addressing this range of challenges, so as to provide clarity for businesses, investors and consumers," it said. “The Taskforce will therefore consider and include in its advice any evidence or considerations that may form a useful contribution to the government’s work on these wider policy challenges."

But it added that these wider issues are not the job of the digital taskforce to solve.

"The government has said it will carefully consider potential interactions between these and other wider policy proposals when taking decisions on any new regulatory regime,” it noted.

The CMA, Ofcom and ICO have made it clear that they are prepared to work together to achieve their collective aim: vigorous, emboldened scrutiny of Big Tech.

Today’s move shows progress: the three regulators are on the same page and are prepared to share resources and expertise for the perceived collective good. There is a clear appetite to take on the dominance of the Big Tech platforms through a concerted effort.

Once their recommendations become reality, it will fall to the government to take the push to the next stage.