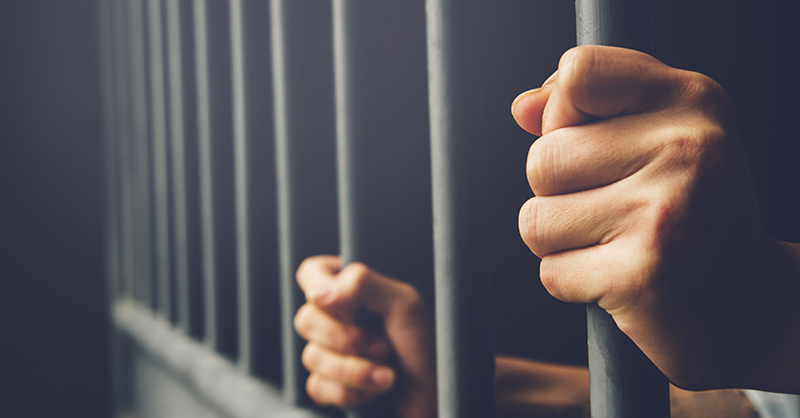 Four individuals linked to two Vietnamese-Australian money-exchange businesses today became the first-ever individuals to receive prison sentences under Australia’s 2009 criminal-cartel offenses, marking a breakthrough for prosecutors and antitrust officials that had been pursuing the case.

In an online sentencing hearing in the Federal Court of Australia, Judge Wendy Abraham imposed an A$1 million ($716 million) fine on family-run Vina Money Transfer, while sentencing four of the five individuals facing charges to jail terms of up to two years and four months.

However, taking into account the guilty pleas of the three men and one woman, Abraham issued immediate release orders, meaning that none of the convicted individuals will spend time behind bars.

In February, three of the five accused individuals pleaded guilty to the charges: Van Ngoc Le and his son Tony Le, along with Khai Van Tran. Van Ngoc Le’s other son, Jamie Le, didn’t enter a guilty plea at the time, with his lawyer later revealing that he was willing to face a jury trial. Jamie Le’s trial is slated to start in August.

Vietnam-based Sacombank, which was alleged in police documents to have orchestrated the price-fixing arrangement on exchange rates, isn’t facing charges.

The prosecution had alleged that the cartel set in place “a provision that had the purpose or was likely to have the effect of directly or indirectly fixing, controlling or maintaining or providing for” the fixing of prices for remittances services.

The prosecution was brought to the court on April 11, 2019, by the Commonwealth Director of Public Prosecutions after a referral from the Australian Competition & Consumer Commission, or ACCC. The behavior, which prosecutors alleged took place between 2011 and 2016, carries maximum jail sentences of 10 years and fines of up to A$420,000 per offence.

The other two money-transfer companies caught up in the investigation, Hong Vina and Hai Ha Money Transfer, haven’t been charged. Nguyen and Tran were Hong Vina’s key partners and both pleaded guilty. Hai Ha Money Transfer and a key company manager were granted immunity from prosecution in return for their assistance with investigators.

Van Ngoc Le was the first individual to be sentenced today. Abraham said that a submission from his lawyers that a fine would have been an appropriate sentence failed to take into account the seriousness of the conduct involved in the lawsuit.

“Imprisonment is the only sentence appropriate,” Abraham said, though noting his remorse and early guilty plea as well as personal factors including his adoption of his five-year-old niece, a 25 percent discount to his sentence was granted as well as a “reconnaissance release order.”

All of the accused received discounts to their sentences for entering early guilty pleas.

This culminated in Van Ngoc Le being sentence to imprisonment of two years and six months, with immediate release granted pending good behavior for three years and a liability of A$1000 dollars, should he breach the good behavior order in that time.

Le’s son, Tony Le, was sentenced for nine months, with immediate release applied pending good behavior for one year and three months, and a potential forfeit of A$500 if he were to breach his sentence.

Despite Tony Le’s lawyers saying his involvement was the result of filial responsibility to his father, Abraham said she would not accept this and that his conduct remained of a serious nature.

“It is not extenuating to commit a crime because it is considered that doing so would keep a business running. Tony worked hard to keep the business going, to make it successful,” she said.

Hong Vina’s Khai Van Tran was sentenced today to a total of one year and seven months imprisonment but was granted immediate release pending good behavior for three years. Tran faces a potential fine of A$1000 if he breaches today's orders.

In handing down Tran’s sentence, Abraham said she was conscious of “the importance of parity in the sentences imposed.”

For Nguyen, Abraham said that she was the “most forthright in her acceptance of her responsibility” and spoke more frankly than the other accused when faced with a search warrant.

Nguyen’s lawyers had previously told the court that she was now supporting her three children through social-security payments and that she had barely enough money to pay her rent.

Nguyen was sentenced to a total of two years and four months imprisonment with immediate release granted, pending good behavior for three years, with a potential fine of A$1000 if she breaches this order.

Abraham noted in closing today’s judgment that some submissions from lawyers for the accused had “failed to recognize this conduct is charged as criminal conduct” and that most of the offending conduct took place over a period of five years.

“Vina Money and Ngoc Le in particular approached this as if a necessary part of business,” Abraham said.

Abraham noted that it had been said in earlier hearings that as small companies, there were no training guidelines, or manuals regarding anticompetitive conduct. Still, the accused were aware their conduct was disadvantageous to their consumers, the court heard.

“Sight cannot be lost, despite the size of these businesses, that between them they occupied two-thirds [of the market to remit money] between Australia and Vietnam,” Abraham added.

The value of the transactions for the relevant period was A$2.5 billion.

A case management in the remaining matter linked to Jamie Le is scheduled for Aug. 16, with a trial scheduled to start on Aug. 30 and run through Oct. 4.

In a statement to MLex, an ACCC spokesperson said that the sentences reflected “the seriousness of the cartel conduct admitted to” and that enforcing cartel laws remained an “enduring priority for the ACCC”.

The antitrust agency said that it would continue to refer matters to federal prosecutors and would, where necessary, work closely on investigations with Australia's federal police force.