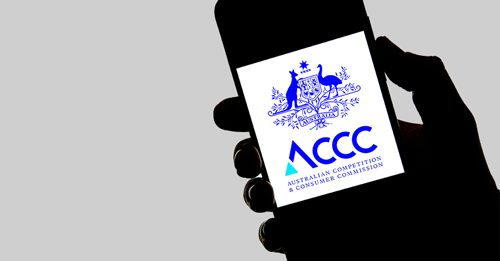 Australia’s competition regulator will in March see its most significant leadership shakeup in more than a decade, at the same time as the country readies itself for a national election.

Antitrust heavyweight Rod Sims will be succeeded as head of the regulator by top competition lawyer Gina Cass-Gottlieb, with Herbert-Smith Freehills partner — and Cass-Gottlieb’s former colleague — Liza Carver taking up the role of deputy commissioner.

Cass-Gottlieb will be the first woman in the top job at the Australian Competition & Consumer Commission, or ACCC. But more significant is her experience as a private-practice lawyer and the fact that from March, three former private-practice lawyers will be in senior roles at the regulator, prompting expectations of a shift in the ACCC’s operations.

Both Carver and Gottlieb come from transactional backgrounds as leading mergers and acquisitions lawyers. It’s not the first time the pair have worked together, having first collaborated when Carver was at Gilbert + Tobin. How they choose to tackle the ACCC’s recent crusades against digital platforms, infrastructure monopolies, as well as risks to consumers, are all open questions.

Calm, sensible, with a strong sense of public justice.

One of the best competition lawyers in the country.

A consummate professional and a good mentor.

All are phrases that have been used by Cass-Gottlieb’s peers in conversations with MLex to describe the next head of the ACCC.

Cass-Gottlieb was a university medal winner for economics when studying commerce at the University of Sydney before moving to law and then completing a Master of Law as a Fulbright Scholar at the University of California, Berkley, before returning to Australia to begin her career.

In the early 1990s, Cass-Gottlieb founded Sydney law firm Gilbert + Tobin’s, or G+T’s Competition and Regulation Group and has been with the law firm for more than 25 years.

Cass-Gottlieb is also an ongoing board member at the University of Melbourne, Sydney Childrens’ Hospital and sits on the Reserve Bank of Australia’s board for payment systems.

Gilbert + Tobin partner Elizabeth Avery said in a statement following the government’s announcement that it planned to appoint Cass-Gottlieb to the ACCC’s top job that "she had developed the firm's Competition and Regulation Group to be the biggest and best in the country and has been an incredible mentor to many in the G+T team. This is a wonderful appointment for Gina and the ACCC.”

Speaking with MLex, fellow competition lawyers have said that while it’s great to see women going into both of the senior ACCC roles, with one noting, “what you can see you can be,” — “female or not, [Cass-Gottlieb and Carver are] two of the best competition lawyers in the country.”

While some lawyers speaking with MLex have been cautious in discussing how the pair might approach their renewed partnership, others anticipate Cass-Gottlieb's calm mentality will lend itself to the role of “statesperson.”

Carver is expected to be a tough enforcer. Michael Gajic, a partner in Squire Patton Boggs’ mergers and acquisitions team told MLex she has “more of an enforcement streak in her — a very tough lawyer, very smart.”

Both Cass-Gottlieb and Carver will have recused themselves from the upcoming jury trial anticipated in the criminal-cartel case against Citigroup and Deutsche Bank. Both have links to the case, with Cass-Gottlieb advising the ACCC’s key immunity witness, JP Morgan.

Still, overseeing the further enforcement of criminal-cartel conduct and working to turn the tide of the regulator’s antitrust lawsuit success rate will be an obvious focus point for the revamped ACCC.

On consumer lawsuits, the regulator has far more courtroom success. Described as not being a hierarchical person by those that know her, it would be unsurprising if the ACCC’s consumer arm continued with little impact from Cass-Gottlieb.

Not only will Cass-Gottlieb and Carver enter the ACCC directly from private practice, both have extensive merger-law experience, as well as leading understanding of infrastructure regulation and cartel enforcement.

But it’s within the merger-law community that their appointments have been viewed particularly positively.

“They understand where we’re coming from,” Gajic told MLex. “It can be like talking to someone from Mars at times [when speaking with the ACCC], they have no idea what we’re trying to achieve,” he said.

Could this lead to an uptick in merger activity in Australia? Hard to say. But while lawyers may view Cass-Gottlieb and Carver as “deal builders,” and unlikely to rip industries apart, if there is a risk of over-consolidation it could be harder than ever to get the ACCC’s green light on a deal.

That’s of particular note given that one of Sims’ bugbears in recent years has been the privatization of state infrastructure, which he says has led to “unfettered monopolies”.

The ACCC will begin its appeal in February of a Federal Court of Australia finding that privatization deals involving Port Botany and Port Kembla in the eastern Australian state of New South Wales didn’t have an anti-competitive purpose.

Sims’ frustration with Australian merger laws led him last August to outline potential changes that the ACCC plans to consult on this year.

In his speech, Sims set out four main changes he wants to see in Australia’s merger review system: the introduction of a formal merger-review process; changes to the country’s substantial lessening of competition, or SLC, test; a new provision deeming any acquisition that entrenches market power as one that substantially lessens competition; and the special provision for digital-platform acquisitions.

The speech sparked concerns among competition lawyers at the time that the ACCC was seeking broad measures to solve a narrow problem. Perhaps the chances of such a significant overhaul of competition law, as posited by Sims in his headline-grabbing speech, are reduced under Cass-Gottlieb.

Indeed, managing the transition of a new government following a national election that must be held before May 21 will be just one item on the ACCC’s packed agenda for 2022, as Cass-Gottlieb and Carver ready themselves to head the regulator.

The banking criminal cartel trial will be a huge test for the ACCC’s enforcement.

In September, the regulator is due to hand an interim report on digital platforms to government as part of a long-term inquiry that is set to run through 2025.

Google and Meta will no doubt be looking on with interest to see whether Cass-Gottlieb takes up Sims’ stance that apps, search and ad tech are all markets in desperate need of more competition.

The ACCC’s stance under Cass-Gottlieb will determine the regulator’s ongoing role in global discussions relating to digital platforms the watchdog has led in recent years, particularly on payment for news content.