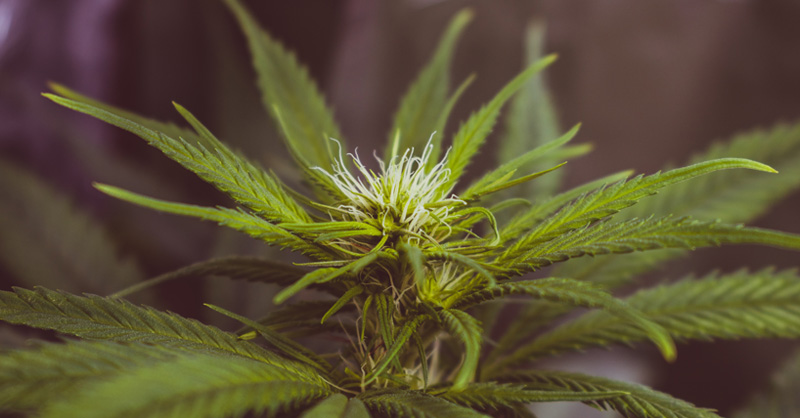 US Attorney General Bill Barr last year ordered the in-depth probe of a cannabis industry merger that later collapsed, overruling Justice Department staff because he did not like the nature of the underlying business, DOJ whistleblower John Elias is expected to testify.

The DOJ went on to initiate investigations of nine more cannabis deals after issuing a second request for more information on the MedMen-PharmaCann transaction, Elias said. Staff continued to document that the deals appeared unlikely to raise significant competition concerns, his written opening statement with the House Judiciary Committee says.

Committee Chairman Jerrold Nadler last week named Elias as a whistleblower who would testify on the politicization of the DOJ under President Donald Trump. He is a DOJ prosecutor whose casework includes prosecuting price-fixing conspiracies in the pharmaceutical industry, according to his statement.

“The Department strongly disagrees with Mr. Elias’s claim that the Antitrust Division acted inappropriately in any investigation," department spokeswoman Brianna Herlihy said, and "Mr. Elias does not present any evidence in support of his allegations." The marijuana merger probes were “reviewed by the Office of Professional Responsibility ('OPR'), which determined that the Division acted reasonably and appropriately.”

Herlihy added that the OPR review “found that the cannabis industry provided a unique challenge to federal and state regulators alike, and it was reasonable for [the antitrust division] to seek additional information from the industry through its Second Request process.”

Elias is also expected to testify that an investigation of agreements struck between California and four automakers on car emissions, launched the day after Trump criticized the agreement on Twitter, prompted staff concerns about the legal and factual basis for the probe.

MLex reported in June 2019 that cannabis industry deals were routinely sparking in-depth competition probes at the DOJ. A MedMen executive told MLex at the time that he believed the PharmaCann deal didn’t pose any concerns, but the main reason for the investigations was the DOJ hadn't previously seen many requests for approval in the industry.

Elias said in his statement that when career staff examined the companies’ deal, they determined that it was unlikely to raise significant concerns because the industry appeared to be fragmented, with many participants in states where the product was legalized.

But on March 5, 2019, Barr called antitrust division leadership into his office for a meeting entitled, “Marijuana Industry Merger Review,” Elias said. The whistleblower said the division’s political leadership asked staffers to prepare a short briefing memo to outline their views.

Elias said he didn't attend the meeting, but Barr ordered the division to issue second request subpoenas and the DOJ’s political leadership asked career staff to implement the directive. Ordinarily, paperwork is styled as staff’s “recommendation,” but staff declined to recommend either the opening of an investigation or issuing second-request subpoenas, Elias said.

Staff instead reiterated their view of the deal but said the division had decided to investigate because it had not “closely evaluated this industry before,” Elias said. The merger guidelines do not include that rationale as a basis for an investigation, he said.

The antitrust division obtained 1.3 million documents from the files of 40 employees and determined the markets were unconcentrated before closing the investigation in September 2019, Elias said. Nevertheless, the deal collapsed and MedMen cited in part unexpected regulatory delays.

In the other nine investigations — one of which was under civil investigative demand rather than second request authority — staff continued to document at the start that they did not see significant competition problems, Elias wrote. But the political leadership proceeded “purportedly because it had not closely evaluated this industry before,” he said.

But in order to draw less attention to the probes, career staff were not permitted to conduct customer or competitor interviews or take other typical fact-finding steps, Elias said. In many of the deals, staff calculated market shares well below the double digits that ordinarily prompt a full review, he wrote.

In one case, the companies’ combined shares were .35 percent, he said, and in two instances staff found at the start that the companies operated in different geographies and didn’t compete. In one of those, the parties reevaluated their deal, determined the value fell below the notification threshold, and withdrew the paperwork, he said.

Staff considered whether to continue probing anyway but recommended against action given that the companies likely could successfully challenge civil investigative demands “on the basis that there is no current or future geographic overlap, and thus no threat to actual or potential competition,” he said.

Elias did not name the deal, but in June 2019 Cannex Capital and 4Front said they had withdrawn the paperwork on their transaction after determining the combination wasn’t reportable.

The whistleblower said staff attempts to narrow subpoenas to make them less burdensome were rejected by political leadership. In six cases, documents produced numbered between 759,000 and 1.3 million, few of which were reviewed by DOJ staff, Elias said.

“In one case, Division records show that the investigation closing process began before the documents had been uploaded and made available for viewing by Division staff,” he said.

The nine second-request investigations of cannabis deals represented 29 percent of all second-request probes by the DOJ in fiscal 2019, according to Elias.

“At one point, cannabis investigations accounted for five of the eight active merger investigations in the office that is responsible for the transportation, energy, and agriculture sectors of the American economy,” Elias wrote. “The investigations were so numerous that staff from other offices were pulled in to assist, including from the telecommunications, technology, and media offices.”

DOJ antitrust chief Makan Delrahim responded to concerns at a Sept. 17, 2019, all-staff meeting, according to Elias, acknowledging that the probes were motivated by the fact that the industry was unpopular “on the fifth floor,” where Barr’s offices are located at DOJ headquarters.

The hearing on 24 June is set to start at noon Eastern Time.