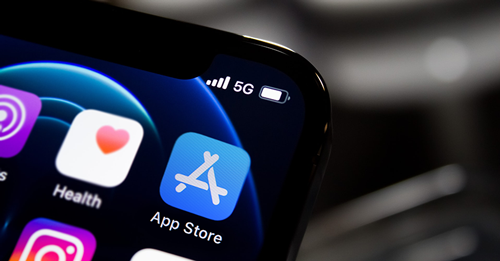 Apple hopes to shore up its control of the App Store by convincing a California federal judge to sign off on a contentious settlement with small developers and stay her own order forcing the company to loosen its payment rules.

The company is seeking to secure a deal that will ward off future legal disputes with smaller developers and temporarily prevent the court-ordered leak in its walled garden. Two key court hearings are scheduled for Nov. 2 and Nov. 16 where the company will appear before US District Judge Yvonne Gonzalez Rogers in an effort to capitalize on the qualified victory that she handed them after the Epic Games trial.

Apple's post-trial motions tee up an interesting epilogue to its courtroom battle with Epic.

A proposed class of smaller developers sued Apple in June 2019 on broadly the same grounds as Epic Games, accusing it of monopolizing app distribution and in-app payments with its rules preventing rival stores and payment methods on iOS.

But two weeks before Gonzalez Rogers ruled in the Epic Games case, lawyers for those plaintiffs reached a settlement with Apple. Apple has agreed to shell out $100 million and do away with rules preventing US developers from reaching out to customers outside of the App Store to advertise alternative payment options.

Apple also guaranteed it will maintain its Small Business Program — which slashed its standard commission fee from 30 to 15 percent for developers earning up to $1 million annually — for at least three years, and more freedom for developers to price their products with a broader set of pricing tiers.

When it landed, the settlement drew criticism. The Coalition for App Fairness, the industry group formed of large and small developers critical of Apple’s App Store control, called it an “empty gesture” that does nothing to fix core antitrust issues.

It’s easy to see why Apple wants to get the deal over the line. For one thing, members of the class agree to “release Apple from all past, present and future claims ‘related to the same facts underlying the claims asserted in the Action.’ ”

In other words the agreement contains a broad covenant not to sue the company for its App Store policies. Any of the estimated 67,000 members of the class can opt out, but if the settlement is approved Apple could point to the commitments it made if and when any of the smaller developers on its platform challenge App Store policies in court.

The company is splitting larger Apple critics, such as Spotify and Match Group, from the smaller players.

A further sign of this effort came today with the announcement of a new ‘Tech Talks’ online engagement series, offering developers the opportunity to chat one-on-one with App Store experts. One of the more pervasive gripes from smaller developers is a perceived lack of transparency around how the store is managed.

A hearing on the settlement scheduled for Nov. 2 may offer a first glimpse into what the judge makes of this settlement. She could, for example, have some thoughts on whether the $100 million figure is large enough, or on whether the planned notification to class members is sufficiently clear regarding the terms of the deal.

And Apple has not agreed to allow steering to alternative payment methods within the app, only outside of it — which clashes with her injunction in the separate Epic Games case.

Potential class members can file objections if the approval process proceeds. This raises a dilemma for any small developer that may have issues with the terms of the deal.

Filing an objection requires that the objector not opt out of the lawsuit. If the settlement is ultimately approved, the objector will be bound by its terms. MLex understands this is making it difficult for lawyers to find smaller companies willing to take that gamble and risk losing their freedom to sue Apple.

Then there’s the open question of whether government agencies will try to wade into the case. The Department of Justice has been probing Apple’s App Store for some time, and state attorneys general led by Utah are suing Google along similar lines over its control of the Android app ecosystem.

It’s certainly possible that enforcers could take issue with the terms of the deal and try to sway the judge by moving to file amicus briefs. It’s likely that state attorneys general are going to file such a brief in Epic’s appeal of the September judgment to the US Court of Appeals for the Ninth Circuit.

Crack in the wall

Parallel to this settlement is the ongoing fallout from the Epic Games judgment, in which Gonzalez Rogers issued an injunction ordering Apple to do away with its rules preventing developers from steering customers to alternative payment methods within their apps.

Apple is appealing that ruling and wants the judge to stay her own order in the meantime. The company does not want to deal with the headache involved in finding a way to implement it without creating security issues. And then there’s the issue of the cold hard cash at stake.

Apple argues that once users start getting steered out of the App Store to make payments, their privacy and security is at risk. And it says there’s considerable confusion among developers about what should be allowed under the order.

Gonzalez Rogers has the hearing on Apple’s motion to stay in her calendar for Nov. 16. Apple has until Dec. 7 to comply with the injunction unless it secures a stay from Gonzalez Rogers or the Ninth Circuit. So the clock is ticking to ensure that the App Store remains largely unchanged pending the appeals.

Meanwhile, companies are already waiting in the wings with products specifically offering seamless payments that involve temporarily directing users outside of the store — thereby tapping a major revenue stream that was previously exclusively reserved for Apple.

Revenue platform Paddle is one such company, promising a much lower 10 percent cut for transactions under $10, and 5 percent on transactions over that.

“The response we’ve had from the developer community has been overwhelmingly positive with around 1,000 developers signing up within the first 24 hours,” Christian Owens, the company’s CEO, told MLex. “At present, the judge’s ruling stands and we’re continuing to develop our product offering so we’ll be ready to go live on Dec. 7th.”

“As of now, we're operating under the assumption that the injunction goes into effect Dec. 7th and aiming for that deadline on our own efforts,” CEO Jacob Eiting said in an email to MLex. He said, however, that there are “still a lot of unknown details on how Apple will implement the new rules.”

“We'll make sure we release something that 'plays nice' with Apple and their rules,” Eiting wrote.

Apple is facing a battle with US lawmakers over its grip on the iOS app ecosystem. A court-approved peace treaty with small developers, along with the temporary removal of a credible threat to its App Store revenue, would be welcome relief for the tech giant.

Whether Gonzalez Rogers is ready to allow it these additional wins is, of course, another matter.