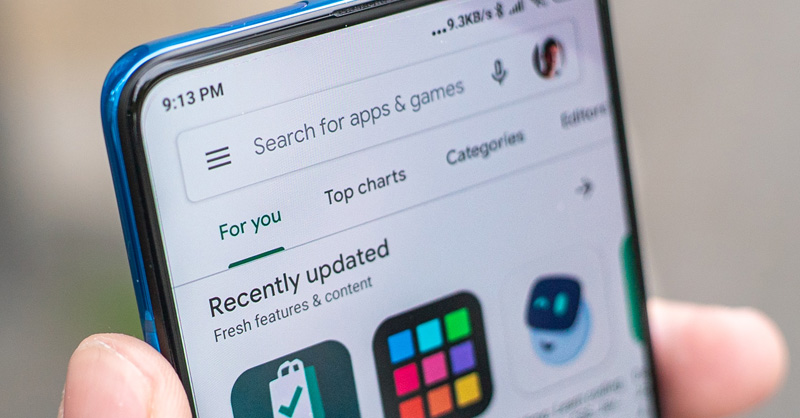 Apple and Google's app stores have been causing a wave of concern for antitrust regulators recently that began in the EU and US and has now landed firmly in the Asia Pacific region.

In Australia, a six-month assessment of competition between app stores kicked off this week, while in South Korea the country’s competition regulator placed Google under investigation over app-store concerns. Add to that Japan’s competition chief recommitting himself to pursuing Apple’s App Store.

This regional uptick in scrutiny of Google and Apple’s app stores appears set to resonate for months to come and can be expected to feed into the global regulatory pressure mounting on Big Tech.

Australian scrutiny of digital platforms has been underway since 2017. But it took a new turn this week when the country’s competition watchdog announced a six-month assessment of app stores. The Tuesday announcement by the Australian Competition & Consumer Commission, or ACCC, comes as Chairman Rod Sims weathers a backlash from Facebook and Google against plans to make them pay for news content in Australia.

Sims said this week that his agency’s report, due in March, will assess competition between Google Play and Apple’s App Store, the use and sharing of data by apps and whether more pricing transparency is needed in Australia’s mobile apps market.

The scrutiny of Google is nothing new, but it’s the first time that Apple has been caught up in the ACCC’s tech crackdown.

The review marks the second part of a five-year digital-platforms inquiry that sprung from the regulator’s landmark probe into the impact of digital platforms on Australia’s media and advertising industries.

In a consultation that will feed into the ACCC’s report, the regulator said it’s seeking views on areas including how Apple and Google’s roles as key suppliers of app marketplaces, but also as app developers, affect the ability of third-party app providers to compete.

The ACCC will also examine the impact of app marketplace fee structures on rivals’ costs.

The ACCC’s interest in Apple and Google’s roles as operators of the mobile licensing operating system is shared by the South Korean competition regulator where app developer’s criticisms of Apple and Google have ramped up, following Google's informal announcement of policy changes.

The Korea Fair Trade Commission, or KFTC, believes Google’s dominance in the mobile operating system and app marketplaces are closely linked. The KFTC says the tech giant wouldn’t be able to charge high commission fees from app sales on its app store if there were several other alternative app stores on Android.

The KFTC’s investigation of Google follows a backlash from South Korean app developers angered by Google’s possible increase of the commission rate for in-app sales to 30 percent.

Google’s notice sparked a debate about commission rates more broadly, drawing Apple’s App Store charges to developers into the fray, with industry groups complaining to the Korea Communications Commission, or KCC, about both Apple and Google’s payment policies.

Another group complaint from a group of South Korean tech companies is expected to be lodged against Google.

In Japan, regulatory interest in app-store issues data back to 2016, when the Ministry of Economy, Trade and Industry published a report referring to Apple’s 30 percent App Store fees.

This week, the competition chief expressed a renewed eagerness to pursue Apple’s App Store issues, after closely watching the recent lawsuit in the US and investigations in the European Union.

The Japan Fair Trade Commission, or JFTC, started looking into Apple’s handling of app providers in late 2017, along with iPhone sales practices, as MLex reported at the time. Nine months later, media reports suggested that Yahoo Japan had contacted the JFTC after being pressured by Apple to cut back investment in a new game platform to bypass App Store and Google Play.

In an interview with MLex this week, JFTC Chairman Kazuyuki Sugimoto, said that the regulator’s app-store investigation isn’t over.

“The [App Store] case isn’t closed. By watching the situation, such as the developments in other countries, we must consider (our response). There is various conduct, and we don’t believe our antitrust concerns have been cleared,” Sugimoto told MLex.

A JFTC survey published last October said restricting app providers’ efforts to bypass app stores — such as App Store and Google Play Store — could be seen as unfair trade practice through restrictive conditions, in violation of the Antimonopoly Act.

Regulators in India, Indonesia and New Zealand are yet to take similar steps to those seen this week among competition watchdogs in the region, but India’s Ministry of Electronics and Information Technology has banned 118 mobile apps with links to China citing data concerns.

Singapore’s antitrust regulator yesterday released a market study into e-commerce platforms but said it has so far not identified any current major antitrust concerns in the sector.

While Apple and Google may long have thought their regulatory issues would come predominantly from the EU and US, work in those jurisdictions is sparking interest around the world.

With regulators across the Asia-Pacific region beginning probes this week and reigniting long-standing competition concerns, US tech giants face scrutiny as far-reaching as their own operations, and there’s no sign of a slowdown.