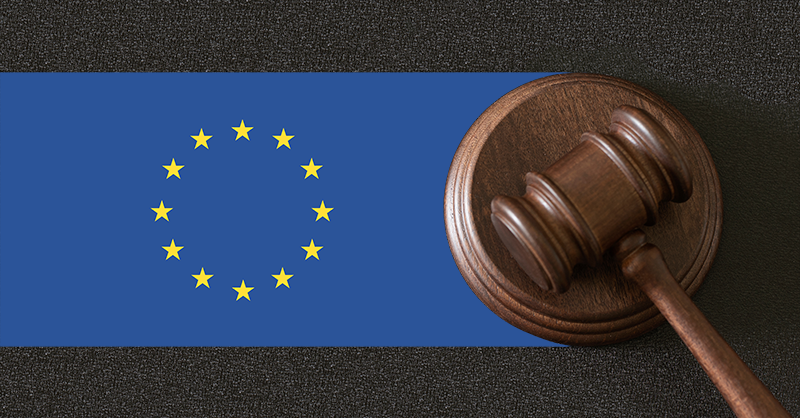 Nothing less than the future of European sport is at stake next week at a two-day court hearing, starting Monday, about the power to run leagues and ban rival tournaments.

The normally tranquil EU Court of Justice will host lawyers for UEFA, FIFA and the breakaway European Super League, as well as speed skating's governing body and the European Commission, arguing over where to draw the line between legitimate governance of sport and the misuse of power.

Over a dozen EU governments will chip in, all with their own interest in their national leagues. There will likely be an unprecedented amount of media coverage.

It is a landmark moment in the law, with every sport — from Formula One to basketball, swimming and padel — watching to see where the balance of power lies between clubs, leagues, players, financiers and governing bodies.

A full chamber of 15 judges will host two back-to-back hearings: first, a half-day appeal by the International Skating Union against an antitrust decision; and second, a dispute from a Spanish court over UEFA's power to govern football that will last at least a day and a half.

Together, they will be the first major examination of antitrust law in sport for over 15 years.

In sport, a governing body can impose rules of the game, but they must pursue a legitimate aim and be proportionate. For example, they can ban players for doping in order to keep the sport clean.

In court, judges must explore exactly how legitimate the aims are and whether banning players from performing in their home leagues, national teams or Olympic events is proportionate.

Center-stage in the sports law world in recent years has been the International Skating Union’s fight against an EU sanction for blocking skaters from competing in a rival event in Dubai. It has been the test case for the entire sporting world.

In 2020, the EU’s lower court largely sided with the commission in saying ISU’s threats to issue lifetime bans on skaters taking part in Dubai were disproportionate. Some sports bodies welcomed it because the ruling confirmed they could establish their own rules to “authorize” rival events if the rules were fair and transparent.

Avoiding calendar clashes or ensuring safety standards could be legitimate grounds to block the emergence of another league or cup competition.

The court hearing will examine the test for finding the ISU rules broke competition law. The lower court said the ISU’s terms had the “object” of restricting competition, but the skating body will likely explore whether legitimate pre-authorization rules can be an automatic “by object” breach.

But there is a second strand to the case that might emerge. The 2020 judgment dented the regulator’s case by ruling the EU decision should not have characterized the ISU’s arbitration system — which obliged any dispute to go before the Court of Arbitration for Sport — as an “aggravating circumstance.”

An association of intervening professional athletes appearing in the case has resuscitated that argument. As a result, the arbitration system — and if a Swiss court can safeguard EU rights — could come before judges again.

For the main event, the European Super League and its promoters A22 will pursue accusations that UEFA is a "monopoly" strangling European football. They filed their complaints in a Madrid court.

It is a case that sent the sporting world into turmoil. Europe’s biggest clubs backed a project to set up a rival competition, prompting an outcry from fans and politicians. Most clubs then abandoned the project, but the legal fight continues.

The Spanish court sent six questions to the Court of Justice, asking if antitrust law encompasses UEFA’s statute and whether the rules on authorizing events and sanctioning players are proportionate.

UEFA threatened to ban players and clubs from UEFA competitions if they took part in the Super League. For the ESL, that was disproportionate and an abuse of power. It hopes that the court case will lead to fairer authorization criteria.

It has consistently argued it pursues a legitimate goal of safeguarding the sport. It turns the tables on ESL, saying it is a “cartel” of large clubs whose competition will undermine the merit-based structure of sport where any club can win.

The right to authorize events as well as sanction clubs and players for non-compliance is part of that legitimate structure, UEFA argues. UEFA is responsible for safeguarding the sporting model, the calendar and player welfare. It says the EU's all-powerful treaty protects that objective.

The case will set the guide rails for UEFA’s powers and, the ESL hopes, set out a roadmap for another chance at setting up a new competition.

But it is not just the sporting organizers who will have their say. The court also received 16 submissions from EU governments, some of whom will likely turn up next week and plead their position. Only the governments of Luxembourg and the Czech Republic are said to sympathize with ESL's stance.

Judges sent the parties a list of 19 questions ahead of the hearing. Before they even get to the substance of the case, there may be an argument about whether the dispute should be in the EU courts.

The Madrid judge referred the case to the Court of Justice without hearing the two football associations, which may argue that this was wrong for such a complex fight and that therefore, the judges don't have all the facts to make a fair ruling.