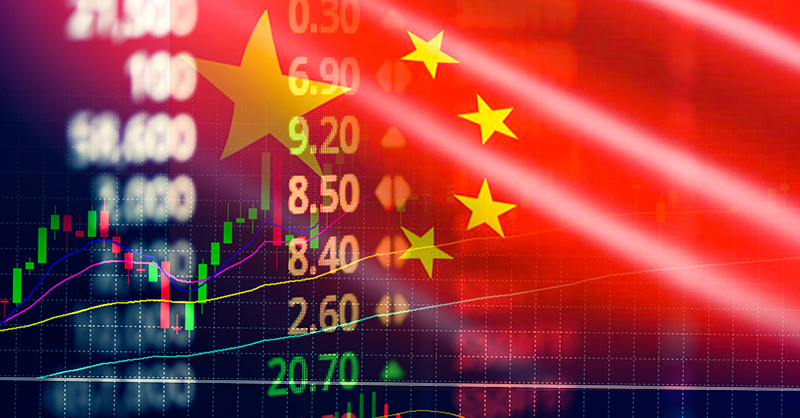 Economic headwinds are prompting Chinese leaders to orchestrate an all-out effort to shore up growth in the world's second-largest economy, pushing antitrust issues lower on Beijing's agenda for the months ahead.

Unlike last year when antitrust topics occupied headlines at China's "Two Sessions," an annual gathering of legislators and other political leaders, substantial updates on this front were few and far between at this year's gathering of the National People’s Congress, or NPC, and the Chinese People's Political Consultative Conference, or CPPCC.

The NPC is China's top legislature, while the CPPCC is an advisory body comprising party delegates and sectoral representatives such as those from the legal, business, scientific and arts worlds. Usually held in March every year, their meetings in Beijing are known as the Two Sessions, or "Lianghui" in the Chinese language.

China has reasons to prioritize other tasks over antitrust issues in 2022.

On the one hand, the Chinese government already counted 2021 a bumper year for competition enforcement, arguably having created sufficient deterrence against potential wrongdoers and bringing markets that were suffering the most anticompetitive behavior back onto the right track.

To name a few of its achievements, the State Administration for Market Regulation, or SAMR, slapped record fines on abuses by Alibaba and Meituan, while intervening into problematic mergers involving Tencent in the video-game streaming and music-streaming sectors. It marked the first year SAMR took on tech giants on a large scale, backed by Premier Li Keqiang's unprecedented call for "reinforcing anti-monopolies and guarding against the disorderly expansion of capital" as he delivered the government's work report — which outlines yearly policy priorities — at last year's Two Sessions.

On the other hand, Chinese leaders have more burning issues to tackle. Economic stability has topped this year's work report, as Beijing sought to overcome disruptions to supply chains arising from its zero-Covid strategy; a sluggish real estate market; and most recently uncertainties stemming from Russia's ongoing attack on Ukraine. The war is presenting immediate challenges for China not just geopolitically but also in economic terms, with rising oil prices threatening to push up imported inflation in the country.

As a result, job creation and fiscal support for enterprises, along with other macro-economic policies, dominate China's latest agenda, in a bid to underpin the country's target for GDP growth of "about 5.5 percent" this year.

The rhetoric, however, appears modest compared with that in 2021, when Li not only pledged curbs on monopolies and sprawling capital growth, but also vowed to "resolutely" maintain a fair, competitive market. The Chinese government, through SAMR, followed through on those pledges throughout the year.

According to SAMR figures released over the weekend, the regulator issued penalties in 176 anticompetitive cases and imposed a combined fine of 23.6 billion yuan ($3.7 billion) in 2021. Platforms, pharmaceutical companies, public utilities and building-materials companies were among the key enforcement targets.

In fact, the subtle change in stance was first observed at the Central Economic Work Conference last December, when top leaders promised to also offer a "greenlight" rather than an outright ban for capital in 2022.

Meanwhile, updates were not seen either at the Two Sessions on the closely watched revision of the Antimonopoly Law, much to the disappointment of legal observers. In its work report, the NPC's Standing Committee listed the review of the amendment as one of its major tasks, without elaborating further.

Legal scholars and practitioners noted that the lack of meaningful updates may be attributed to the fact the amendment doesn't necessarily go through the NPC's plenary meeting during the Two Sessions. However, the slower-than-expected progress may also reflect the gaps among different parties over contentious revisions and hence the need for additional time to reach a consensus.

Instead, NPC and CPPCC representatives have discussed issues such as stepping up antitrust efforts against the digital economy; protecting mini-programs from abuses by tech platforms; as well as renewed allegations against China National Knowledge Infrastructure that the country's largest academic database abused its position to the detriment of scholars and users, according to local reports.

In contrast, antitrust took much of the spotlight during the previous Two Sessions, which ran from March 4-10, 2021.

Just a month before the event, SAMR unveiled its first-ever guidelines targeting the platform economy that added to Beijing's arsenal of tools to keep the sector in check.

Then, in the course of the gatherings that year, SAMR Vice Minister Ma Zhengqi shared extensively China's antitrust ambitions in an interview with local media. Apart from acknowledging the need to push forward Antimonopoly-Law amendments — a topic also heavily discussed by Two Sessions representatives — the official noted that unnotified mergers, problematic exclusivity and price discrimination had become serious.

Additionally, the All-China Federation of Industry and Commerce submitted a proposal calling for greater antitrust supervision of the country’s food-delivery platforms. Others reportedly advocated that SAMR recruit more antitrust enforcers — a suggestion that materialized later in the year with the agency undergoing an organizational revamp.

China's determination was further illustrated as SAMR issued a batch of 10 penalty decisions against 12 companies, including Tencent, Baidu and units of Alibaba and JD, for breaching merger-filing rules, just days after the closing of the Two Sessions.

Although fewer antitrust activities were seen surrounding this year's Two Sessions, SAMR and its local arms are said to be working hard to wrap up a number of probes that may result in penalties.