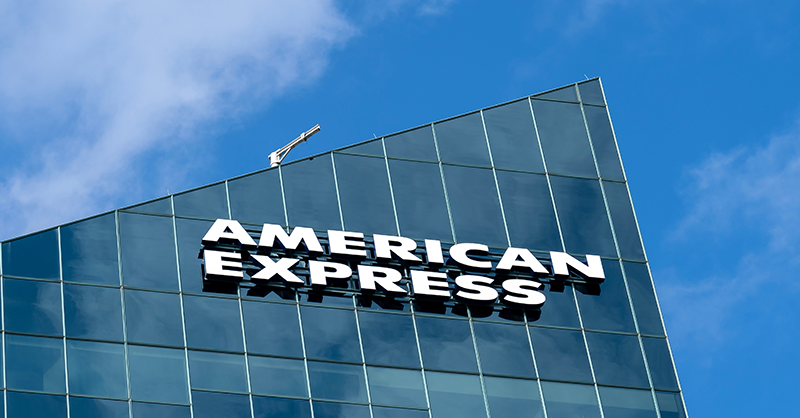 Amex’s ability to charge significant fees via co-branding deals with the likes of KLM is under scrutiny at the highest Dutch court, as the national competition regulator tests the power of EU regulation to cap “interchange fees,” MLex has learned.

The dispute goes to the heart of competition between Amex’s system and those of Visa and Mastercard. While the case to date has been confidential, it posits a new test about what kind of charges might fall under the fee cap.

While the judicial battle continues, it may put a question mark over whether such “co-branding” deals — where Amex partners with, for example, an airline — will be subject to the cap, or free to deploy lucrative higher fees.

A spokesperson for Amex stressed that users of the co-branded FlyingBlue American Express Card “can continue to use their card as normal in the Netherlands and around the world.”

In 2015, the EU introduced a new law — known as the Interchange Fee Regulation — that imposed maximum interchange fees for card operators such as Visa and Mastercard. The networks had faced years of EU antitrust enforcement, with mixed success, but the new law said the fees — charged between the banks of a shop and a cardholder to cover a transaction — should be capped at 0.3 percent for credit cards.

Much of the lobbying fight was between so-called “four-party systems,” which include Visa and Mastercard on the one side, and Amex, a three-party system, on the other. Amex manages the transaction itself, so there are only three players in the system. Four-party systems use the banks of both the shop and the customer.

The EU fee cap applies only to four-party systems, but notes that when Amex works with a partner company — to produce a co-branded card, for example — this may be tantamount to a four-party system and therefore fall under the regulation.

Capping the fees at 0.3 percent restricts the money that can be made from payments services. For regulators, the cap stops the upward pressure on consumer prices, which might increase to absorb the card charges.

This issue came before the EU’s highest court in 2018, which confirmed that Amex’s partnerships with other companies could constitute a four-party system. But it left an open question: what fees between Amex and the co-brander are “implicit” interchange fees? All of them, or just some?

That question is at the heart of the Dutch appeal proceedings. Other payments players around the EU, such as schemes, banks and co-branding partners such as airlines and retailers, will be watching to see the outcome.

In March 2019, the Netherlands’ Autoriteit Consument & Markt ordered Amex to bring the fees on its KLM co-branded card under the 0.3 percent limit. In December, the ACM then sought to collect a penalty of 10 million euros ($11 million) from Amex for not complying with that order.

Amex took the case to the District Court of Rotterdam, arguing that its co-branding deal wasn’t a four-party scheme; and that the wide variety of charges that pass between Amex and KLM aren’t the equivalent of interchange fees.

In its November judgment, the Rotterdam court noted that card schemes would often pay significant sums to a co-branding partner, knowing that together they will help increase take-up and usage of the credit card through their customer base. For the KLM card, known as the FlyingBlue American Express Card, the deal also included involvement in the airmiles program.

The ACM said that all costs and fees passing between the co-branding partners fall under the regulated fee cap. This position appears to have been backed by a letter from the European Commission in late 2018, according to the judgment. So, the ACM ordered Amex to come under the 0.3 percent cap.

What kind of fees?

In its November judgment, the Rotterdam court agreed that the Amex-KLM arrangement was the same as a four-party scheme and therefore fell under the regulated fee caps. But it said it was difficult to apply the EU regulation’s approach to “interchange fees” for charges in the co-branding system that might not be explicitly linked to transactions.

The Rotterdam judges said that fees could vary from case to case, and not every single one was “automatically” interchange. Therefore, they annulled the ACM’s blanket approach to Amex’s fees.

They ordered the Dutch regulator to issue a new decision, analyzing the fees in more detail to determine which have an “equivalent object or effect as an interchange fee.”

The court then gave guidance on what kind of fees in the Amex-KLM world could fall under the cap. This process involves assessing the card’s market share, the level of the cardholder fees, the level of the merchant service charge, and the impact on the internal market.

This test will likely be under scrutiny in the appeal at the College van Beroep in The Hague, the highest administrative court in the Netherlands, given both Amex and the ACM have sought further scrutiny of the Rotterdam judgment. This procedure has also put any further action from the Dutch regulator on ice.

Amex is expected to argue that many of the co-branding charges should be excluded. Meanwhile, the ACM and rival card systems might argue that the various Amex charges are just alternatives to classic interchange fees and should be viewed as such.

The Dutch court may ultimately decide that this question needs to be answered by EU judges, given the importance of a consistent application of the Interchange Fee Regulation.

A spokesman for Amex confirmed that the company disagrees with the ACM’s position, and it welcomed the Rotterdam court ruling.

“We are confident in our approach to continue to ensure compliance with applicable laws and regulations in the Netherlands,” he said. “The decision is currently under further appeal, and the court process is ongoing.”

The ACM is also understood to have pursued a parallel case involving a Mastercard co-branding deal with a Dutch retailer, which was also annulled in court.

A spokesperson for Mastercard said: "Partnering with retailers and businesses is critical for us to be able to offer the solutions people need. In doing so, Mastercard has rigorously applied existing legislation and this has been confirmed by the court’s decision in relation to Mastercard’s co-branding cards."