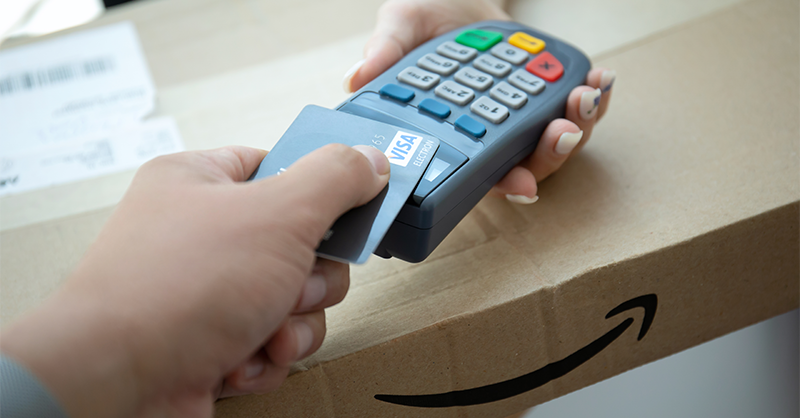 Amazon’s decision to block UK-issued Visa credit cards has called the payment giant’s bluff and may be enough to bring its fees down, despite a lack of regulatory action.

The announcement from Amazon today, that it would no longer accept Visa credit cards issued in the UK due to the high fees charged by Visa for processing transactions, is a clear example of where Brexit has not worked for the market or for consumers, as EU rules that would cap charges no longer apply — and regulatory action has been insufficient.

While it’s inconceivable that regulators or politicians will allow this issue to slide, as it will ultimately be consumers who lose out from not being able to use their credit cards to make online transactions, British businesses have warned for years about the rising costs of card fees and inadequate regulation to prevent it.

Amazon might be just the company to take on the challenge in the absence of success from regulators in curbing the fees imposed by rival US payment giants Visa and Mastercard.

“The cost of accepting card payments continues to be an obstacle for businesses striving to provide the best prices for customers,” an Amazon spokesperson said. “These costs should be going down over time with technological advancements, but instead they continue to stay high or even rise.”

Without policy action, Visa may be forced to lower fees by Jan. 19 next year, when the Amazon decision takes effect, or put itself at a competitive disadvantage. It’s a decisive move in the longstanding tussle between merchants and card providers, as businesses have for years generally been forced to swallow the fees that Visa and Mastercard levy as there is no viable alternative.

Between them, they account for 99 percent of transactions by payment cards in the UK, with research showing that the costs to retailers, in the billions, is ultimately passed onto consumers. Small-business groups, including the British Retail Consortium, have urged regulators and lawmakers to take on what they describe as anticompetitive card fees.

Instead, it is the UK’s biggest online retailer picking up the cudgel — and it is probably the only company powerful enough to take on the duopoly alone.

Amazon has not made it clear exactly which charges it is referring to, but a post-Brexit increase by Visa to its so-called interchange fees is likely to have played a big role in the decision — although MLex understands it is not just one rule or fee that sealed the deal.

The interchange fees, which are paid by a retailer’s bank to a cardholder’s bank, have increased from 0.3 percent to 1.5 percent of the transaction value for credit-card payments online. The rise has been enabled by Brexit, as the EU’s 2015 interchange fee regulation, which caps fees at 0.2 percent of the value of a transaction for debit cards and 0.3 percent for debit cards, no longer applies for UK-EU transactions.

While smaller businesses have cried foul and called for lawmaker intervention, Amazon has put its money where its mouth is. And the decision has clearly struck a chord at Visa. A spokesperson told MLex that the company is “very disappointed that Amazon is threatening to restrict consumer choice,” but that "we continue to work toward a resolution" so that cardholders won't face restrictions in January.

The pressure Amazon has placed on Visa might mean market forces pushing the fees down and satisfying businesses, but it also highlights the lack of regulatory action that has prompted Amazon's decision — action sorely needed, given that smaller online retailers couldn't contemplate a similar course of action for fear of losing business.

The UK's Payment Systems Regulator suggested today that the issue is on the agenda: "We note the action Amazon is taking and are engaging with all relevant parties to understand the impact on people and businesses," a spokesperson said.

A routine PSR board meeting today resulted in a new phase of work looking into issues including rising card fees. "If necessary we will intervene to address any issues we identify," the spokesperson added.

Retailers are unlikely to be holding their breath. But as the UK strives to build a more competitive economy in the wake of Brexit, this debacle could represent a crossroads for regulators and lawmakers as to whether they step in to strike the balance between company profits and consumer choice, or whether they leave it up to the industry.