Allianz can re-plead forex claim against banks in one go next year, UK judge says 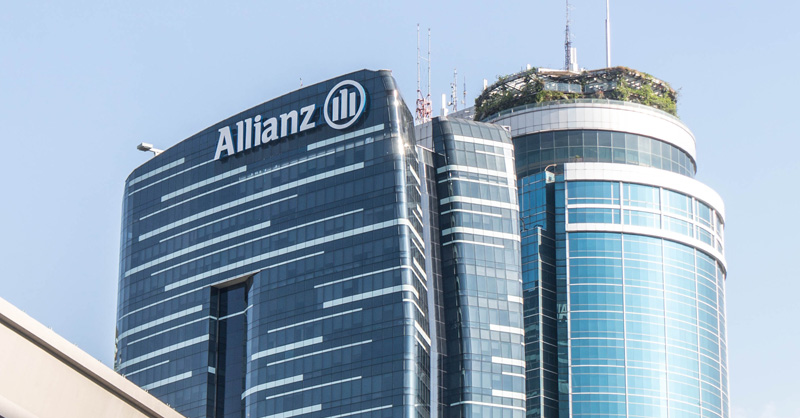 Allianz Global Investors and other fund managers scored a win, as a UK judge agreed to their request to re-plead an antitrust lawsuit against JPMorgan Chase, Barclays and other global banks on a single occasion next year.

The decision came after a hearing at London's High Court today, which made further progress in shaping the lawsuit to trial. It focused on a bid by Allianz and other investors to persuade the court to vary an earlier order that called for re-pleading the claim twice in the UK, in light of a recent disclosure order in the US.

Some of the world's largest asset managers, hedge funds and public pension funds are suing the banks in the UK over alleged losses resulting from a foreign-exchange market cartel.

The commission said that between 2007 and 2013, bank staff coordinated trading across 11 major currencies — including the US dollar, euro and sterling — by sharing information through private electronic chat rooms.

The cartel activity has led to the banks being handed fines of billions of dollars by regulators around the world, including in the US. They have also had to fund a settlement of more than $2 billion in a US class-action lawsuit. In the UK, too, a class action suit is planned against the banks.

Allianz Global, a fund management business of the German financial services group, and other claimants sought to vary an order made by the High Court following a two-day hearing last February.

That hearing centered in particular on disputed disclosure demands over alleged cartel activity between 2003 and 2007; the so-called “early period” of the cartel, as claimed by Allianz, but which wasn’t covered by EU cartel decisions. Judge Christopher Butcher ordered for disclosure to be made in stages. As such, the claim would be re-pleaded according to staged release of documents.

Allianz and other claimants today pointed to a recent disclosure order made in US litigation brought against the banks over the same cartel, which is set to see documents released by mid-October this year. That has had a material impact on the UK proceedings, they said.

Rather than having to re-plead the claim in the UK twice, and on a “piecemeal” basis, including in September and before the US disclosure is made effective, one time — in January next year — would be more efficient, they argued.

Addressing Judge Richard Jacobs, Marie Demetriou, for Allianz, said that Butcher’s order as it affected re-pleadings needed to be changed. “We say — plead in one go,” she said. “That is not going to lead to any delay in the case management of these proceedings.”

Demetriou said there's no “hard dividing line between the early and later periods of the cartel, and that rather there was an “overall pattern of collusive behavior” that spans the whole claim period. There was a “single pattern of conduct,” she said.

Demetriou added that Allianz suffered a “profound asymmetry of information” as a victim of cartel behavior. On the progress of the lawsuit, she said the claimants didn’t want proceedings to “drift.”

Daniel Beard, representing the banks, said that Butcher’s “bifurcated” approach to pleading was made on sound reasoning. “The approach [the judge] took is the right one,” he said, noting that the banks needed further detail on the entirety of the claim against them should they seek to strike it out at an early stage.

Beard said the findings corresponding to the alleged earlier and later period of the cartel are in a “fundamentally different pace.”

“We are left battling with miasma,” said Beard, on the claim against the banks. “That is not a satisfactory position in case management terms,” he said, and the US proceedings on the cartel are “not an answer” to the demands of the claimants. The danger, said Beard, is that there's a “moving feast in relation to these matters.”

Jacobs agreed with the position of Allianz and noted that the disclosure order made in the US has had a “material impact” on the UK proceedings. Jacobs added that moving the re-pleading of the case to January would not result in a “long-term delay to the resolution of the claim.”

The scope of Allianz’s claim isn’t limited to the findings of the commission’s decisions, but covers a longer time period and wider currency-trading behavior. It has said the banks' practices were much more widespread than outlined in the commission’s decisions, covering potentially thousands more chat rooms and going back to 2003 — four years earlier than the cartel period decided on by EU regulators.

The manipulation, Allianz has argued, had an impact on certain benchmark foreign-exchange rates, as banks agreed to fix the relevant rate, to record it as higher or lower than it would otherwise have been, in a way to suit the currency-volume positions of chat-room participants. Allianz alleges the banks also agreed to fix the "bid" and "ask" spreads that they offered — the difference in selling and buying price for a particular pair of currencies — or exchanged information about the spreads.

The banks have argued that there needs to be more granularity on Allianz’s claim over the early cartel period as alleged, including trades, when they were made and by whom.

The case reference is CL-2018-000840 Allianz Global Investors GmbH and others v. Barclays Bank plc and others.