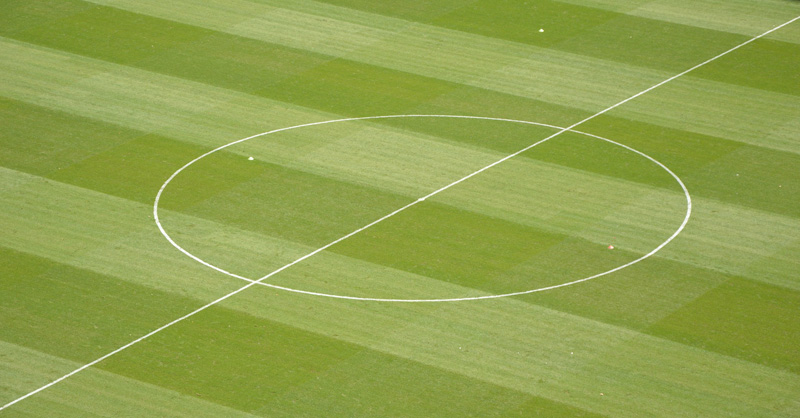 Football clubs around Europe are turning to antitrust rules in a bid to avoid relegation or secure a spot in lucrative European competitions after most leagues were brought to an abrupt early halt by the Covid-19 pandemic.

National football leagues, earlier forced to decide over calling a halt to proceedings, now must calculate the season’s final results. Those decisions will have a long-term material impact for clubs on the cusp of moving up or down leagues, or qualifying for pan-European tournaments.

Do you stick with the standings as they were when the last games ended, as Belgium’s league did? Do you apply a modifier to account for the different number of games played by each club, as in France? Or do you annul the results of the unfinished league, meaning that no club gets promoted or relegated, as in the Netherlands?

Should you declare final results at all, when you might be able to restart the league — as England, Germany, Italy and Spain have done? But would that in itself give an unfair advantage to richer clubs with better private training facilities?

Like a referee faced with a controversial penalty call, a league’s choice will leave some clubs feeling relieved and others hard done by. With millions of euros at stake, it’s no surprise that some clubs on the losing side are appealing the decisions using everything at their disposal.

Clubs can call on antitrust law by arguing that a country’s football association is “dominant” over the national sport and has not reached the decision in a fair or impartial way, or by portraying the decision as an anticompetitive agreement between the association and various clubs.

But much of the legal ground is untrodden. Competition authorities have in the past been reticent to intervene in sporting disputes, giving the governing body a margin of discretion to decide what’s best for the sport.

One high-profile sporting case currently moving through the EU courts is on much more familiar territory: The International Skating Union is appealing a European Commission finding that it abused its dominance over competitive skating to impose unfair contract terms on athletes.

Other cases involving sport tend to involve peripheral issues such as television rights. Germany’s Bundeskartellamt, for example, recently terminated a probe into Sky and DAZN over the award of UEFA Champions League broadcast rights — in part because no matches were being played.

And in Portugal, the competition watchdog intervened to stop a proposal to cap player salaries during the pandemic, and to suspend a no-poach agreement among clubs not to recruit players who terminated their contracts due to the crisis.

Belgium, however, does provide a taste of a league standings dispute.

Football club Waasland-Beveren filed a complaint at the country’s competition watchdog after the Pro League’s board of directors decided in April to end its season early and declare the standings at the time final.

Waasland-Beveren was bottom of Division 1A when the league was stopped with one game to play, and it was relegated to the second-tier Division 1B. The club alleges that the league’s decision was disproportionate and has requested interim measures suspending it.

The club appeared at a closed-door hearing at the Belgian competition authority last month. A decision is expected this week, MLex understands.

The club also said the auditor believes that there is no legitimate reason to reject the option of an expanded league of 17 or 18 teams next season: Doing so would serve only to protect the interests of certain clubs.

If the competition authority rules in the club’s favor, it could shake up the league’s format for years to come.

Another club, Royal Excelsior Virton, lodged cases at the competition authority and at a Brussels court after Belgian football's governing body refused it a professional licence following financial difficulties, and the team was relegated from Division 1B.

On Monday, the competition watchdog rejected RE Virton’s request for “interim measures,” saying the Royal Belgian Football Association’s decision was “based on grounds that were prima facie compatible with competition law”.

In France, Lyon raised competition arguments in a case at the Council of State after the French league’s board decided to cancel the Ligue 1 and Ligue 2 seasons and calculate the final tables on a points-per-game basis.

Lyon were ranking fifth in the Ligue 1 standings when the season was suspended in April, but the way the table was calculated meant it finished seventh. This meant the club missed out on qualification for the UEFA Champions League and the Europa League.

In its appeal at the Council of State, Lyon claimed the decision wasn't impartial and abused a dominant position, given that the presidents of rival clubs sat on the league’s board of directors. They have an interest in holding Lyon back, the club said.

Lyon argued that the decision distorted competition between Ligue 1 clubs and European clubs and also breached an EU ban on anticompetitive agreements.

In a judgment last month, though, the court rejected Lyon’s competition arguments. But it did suspend the relegation into Ligue 2 of Amiens Sporting Club and Toulouse Football Club, the clubs placed 19th and 20th, and urged the league to review its format for next season.

It would be no surprise to see one of the clubs start new legal actions after the league voted last week to maintain a 20-team tournament next year and to again impose relegation on Amiens and Toulouse.

In the Netherlands, two clubs in the second division lodged court cases after the Dutch football board decided to cancel its top two leagues in April altogether, with no champions, promotion or relegation.

SC Cambuur and De Graafschap, the second division's first- and second-placed teams at the time, argued that the decision to deny them promotions to the first division should be annulled as it was in breach of Dutch and EU rules on anticompetitive practices.

In a ruling in May, a Dutch court said EU competition provisions didn’t apply to the decision as it didn’t affect trade between EU member states. Judges also cast doubt on whether competition law applied given the exceptional situation created by the Covid-19 crisis.

But the court said a more substantive debate had to be held to properly assess this.

Judges disagreed with the clubs' arguments that the case was similar to the EU decision on skating. Unlike the ISU case, it involved only a one-off inability to secure promotion to the first division and wasn’t a matter of eliminating competitors, the court said.

Other teams are flagging antitrust issues over moves to resume leagues, arguing that restarting play would harm smaller sides more than others and saying competition would be distorted as a result of player contracts expiring at the end of June.

In Switzerland, the competition authority recently rejected a request by FC Sion to open an antitrust probe into decisions to continue the Super League and Challenge League. The watchdog said the national league hadn’t abused its position or sought to stop individual clubs from competing.

Legal actions have also been filed by the Scottish clubs Heart of Midlothian and Partick Thistle, both of which were relegated. It’s unclear to what extent their appeals are on competition grounds. Their challenges are being heard at the Edinburgh Court of Session today.

Clubs around Europe are watching these battles as they decide whether to file complaints of their own.

In England, where the top two leagues, the Premier League and Championship, are continuing, the next two down were cancelled and settled on points per game. Tranmere Rovers said last month it was considering legal action after a decision to end the League One season early saw the club relegated into League Two.

“We have been taking detailed legal advice from experts in this specialist field of litigation and are closely following the legal actions in Belgium, France and Scotland (amongst other places) where similar decisions are being challenged and overturned on the basis of anticompetitive behavior and unfair prejudice,” Tranmere Rovers said in a statement.