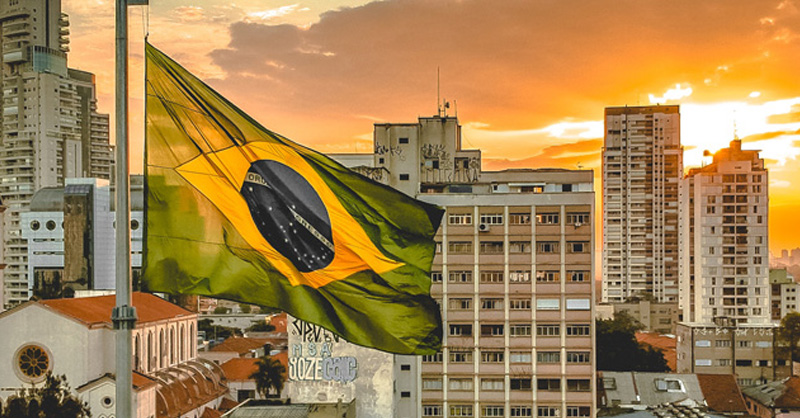 The anti-corruption chapter in a mini-trade agreement forged between the US and Brazil is a step in the right direction in efforts to curb transnational white-collar crime, legal practitioners say, but they question the deal’s true effectiveness.

While they praised some of the terms, they were skeptical about the real repercussions, at least in the short term. Without real, imposable sanctions or legislative changes that aren't part of the deal, they said, the anti-corruption agreement reads more as a letter of intent.

"The agreement ends up not saying much other than to outline general principles, perspectives and norms. There is nothing surprising," a Brazilian lawyer who specializes in compliance and corporate crime told MLex. "It does not create anything that is extremely different from what is already in place in current Brazilian legislation. That’s an 'agreement to agree,' an international agreement without sanctions."

He highlighted a pair of provisions that could have positive impacts on the maintenance of books and records and the protection of those reporting wrongdoing. "Brazilian law is a bit unclear in these aspects, and the deal could bring something new if other steps are taken in those directions," said the attorney, who asked not to be named.

The arrangement includes measures to prevent and combat bribery and corruption; to protect people reporting corruption offenses; to promote "integrity" among public officials; and to increase the participation of the private sector and civil society in the efforts.

The topics are aimed at "improving the business environment, providing greater legal predictability and transparency, thus contributing to facilitate trade and investments," Brazil's Economic Ministry told MLex. But since the announcement of the deal Oct. 19, there has been no mention or statement on how the Brazilian government plans to implement the arrangement.

External auditors are given a greater role in the detection of corruption by the trade deal, international observers said. Those auditors, under the deal's anti-corruption annex, are to report any discovery of possible corruption to company management or oversight bodies. The companies are expected to act on auditor findings, and auditors are also encouraged to report suspected corruption to regulatory authorities.

"The inclusion of this language is not insignificant given that the extent of external auditors' obligation to report corruption has not always been clear," said Robert Clark, head of legal research for TRACE, an anti-bribery business association based in the US.

"The requirement may be particularly relevant to a trade agreement with Brazil in light of the role played by external auditor inaction in the Petrobras scandal," Clark told MLex. Auditing firm PwC was the external auditor involved in the Petrobras case. "Auditors are in a unique position to discover corrupt activity, and we can expect that clarifying auditors’ responsibilities and protections will materially advance the aim of deterring corruption."

But Brazilian criminal lawyer Marcelo Feller, a partner at Feller e Pacífico Advogados, pointed to "vague" language in the terms. "In Article 3, the deal says that the governments ‘should’ require external auditors to report any suspected incidents to the competent authorities. To me, that reads like there is no real obligation and, without any changes in the Brazilian law, I don’t expect it to cause any substantial changes in our current legal framework," he told MLex.

The same happens, Feller said, in Article 5, which directs each party to encourage professional associations and other non-governmental organizations, "where appropriate," to assist small and medium-sized enterprises in developing programs to prevent and detect bribery and corruption. "Every time an agreement says something in those lines — 'when possible' or 'as appropriate' — it opens the door for non-compliance," he said.

"This protocol of government intentions has very little effectiveness. It has no force of law. To be valid and oblige the government to take measures, it is not enough that the agreement is signed by the Executive. It must be approved by Congress" to be truly effective. "For now, this agreement is nothing more than a letter of intent," Feller said.

Carolina Gonzalez, a whistleblower attorney with Constantine Cannon specializing in international cases, said the auditor provisions, if effectively implemented, could have a practical impact for corporations trading in or with Brazil.

"They are saying, 'You will make sure that you will require external auditors, when they pick up something that is wrong, to let the company or the board management know that something is wrong, so they can fix it,'" Gonzalez told MLex.

"That's coming from the US experience, with Enron and Sarbanes-Oxley," Gonzalez said, referring to a corrupt US energy company and the US law designed to promote accurate corporate disclosure. "When I read it, I thought, 'This is SOX [Sarbanes-Oxley], pretty much.' "

Gonzalez said the whistleblower protections, overall, are a step in the right direction in comparison to other noted international agreements.

"This is a departure from the typical language that USTR was following in all of the treaties," Gonzalez said. "If you have a look at Chapter 27 of the [US-Mexico-Canada Agreement], you will find that the two provisions protecting whistleblowers are quite timid."

But she cautioned that even "sophisticated" and "state-of-the-art" clauses wouldn't be effective without the pressure of enforcement. Because of that, she said it's important that Brazil’s ministers of economy and foreign affairs clarify enforcement of the protocols. So far, neither the ministries nor any other entity in the Brazil administration has announced plans to implement the agreed terms.

US Customs and Border Protection isn't making special preparations for the deal because it has a long-established "e-Allegations" program for whistleblowers and others reporting violations, the agency told MLex.

CBP is also authorized under US federal law and regulations to reward whistleblowers up to 25 percent, with a $250,000 maximum, from duties, forfeitures or penalties that the service recovers from the enforcement of customs violations.