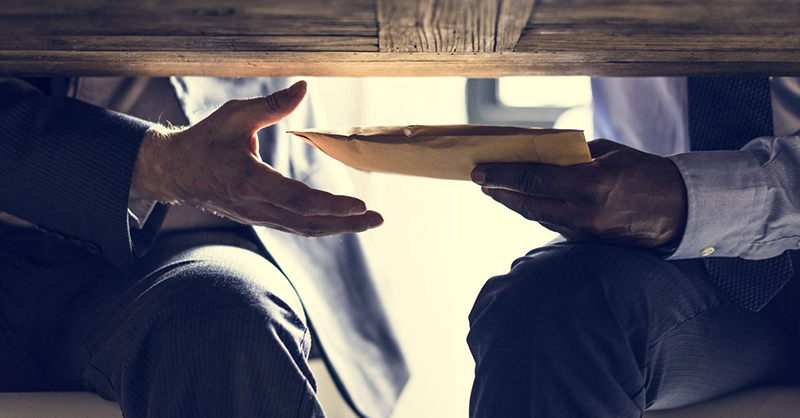 Today marks the tenth anniversary of the UK Bribery Act, which has helped the UK become one of the top enforcers of global bribery settlements.

Although the number of criminal prosecutions of companies and individuals is relatively low, the legislation has helped force companies to pay big money for wrongdoing.

The Bribery Act 2010 came into force a year later than originally planned, on July 1, 2011, replacing a hotch-potch of antiquated anti-bribery laws dating back more than a century. In the lead-up to the act taking effect, there was a feeling that the UK greatly lagged behind other countries, such as the US, in tackling the crime.

The OECD Working Group on Bribery was particularly forceful in its criticism of the country, including the 2006 decision on “public interest” grounds to drop a bribery investigation into the Al Yamamah arms deal between BAE Systems and Saudi Arabia.

That episode, and the dearth of bribery prosecutions more broadly, led the global standard setter to put pressure on the UK to get its house in order. It has worked, says Drago Kos, the head of the Working Group.

“The adoption of the UK Bribery Act represented the beginning of a new era for the UK fight against corruption. Since then, the Act has become a role model for many other jurisdictions that also want to effectively fight that menace,” Kos told MLex.

The Bribery Act contains sweeping provisions that many companies feared could put a stopper even on corporate hospitality events, such as entertaining clients at the Wimbledon tennis championship.

There were also concerns that UK companies would be at a competitive disadvantage when trying to secure deals overseas, particularly since the act outlawed “facilitation payments” — small payments demanded by low-level officials in many countries to carry out routine bureaucratic tasks — as well as outright bribery.

Ten years on, these fears are largely unrealized. There appears to be little evidence that British businesses have lost out to foreign competitors, which have US prosecutors breathing down their necks. And there’s no shortage of senior businesspeople at Wimbledon.

What the numbers show…

Looking purely at the numbers, the Act would appear to have failed. A lowly UK court clerk gained notoriety for being the first person to be prosecuted under the regime, after he was found guilty of ripping up traffic tickets, and there have been fewer than 100 convictions against individuals since.

There have only been two corporate convictions under Section 7 of the Act — the part that forces companies to put in place adequate procedures against bribery — against Sweett Group, which was fined 1.4 million pounds ($1.6 million) for bribery failures in February 2016; and against a small shop-fitting company, Skansen Interiors, which was found guilty in the first contested Bribery Act case two years later.

A second failure-to-prevent case, against Rapid Engineering Supplies, was dropped by the Crown Prosecution Service in December 2019 as it had insufficient evidence to proceed.

And where the SFO has gone after executives, it has often struggled to nail down convictions, particularly where the company has struck a deal with the enforcer.

… and what they don’t

Despite this, the law has led to two powerful changes. It has encouraged corporates to get their houses in order, sort out compliance issues, and identify red flags in risky areas of business. And it paved the way to the Deferred Prosecution Agreement regime, which has seen the SFO scoop up hundreds of millions of pounds in fines from companies not adhering to the law.

In total, six DPAs for Bribery Act offenses have been agreed with companies since 2014, leading to fines totaling more than a billion pounds. Another DPA, involving Amec Foster Wheeler for bribery offenses, is due to be signed off today in a London court.

That may be a disappointment for those who want to see corrupt executives behind bars; but it is nonetheless a strong disincentive for companies to pay bribes. And while some may simply see the settlements as a cost of doing business, it is a hugely preferable situation for the prosecutor than the previous situation, where there was precious little enforcement.

But the Bribery Act hasn’t entirely put a stop to wrongdoing. The next decade will be the test of that: More corporate convictions and successful prosecutions of individuals will mark it out as a regulation to be feared as well as respected.