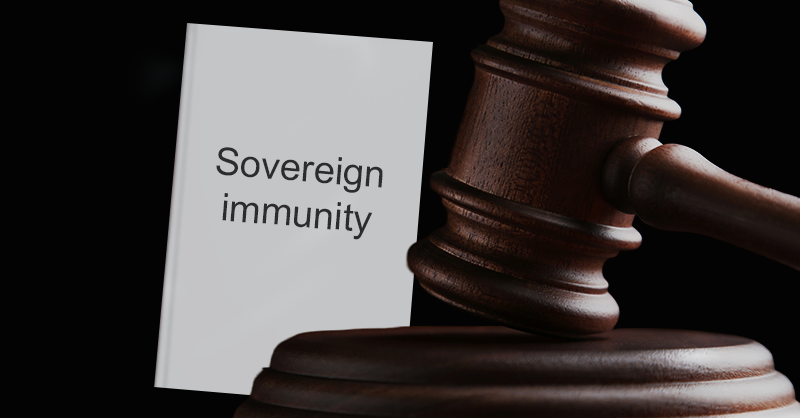 In 2018, when the US and Brazil reached a $1.8 billion settlement with Petroleo Brasiliero SA, the state-owned energy company admitted that high-level executives had facilitated the payment of hundreds of millions of dollars in bribes to politicians and then cooked the books to conceal the transactions.

But a foreign state-owned company like Petrobras would be able stop a US probe into bribery in its tracks — if the US Supreme Court rules in favor of a Turkish bank in a case it will hear early next year.

On Jan. 17, the US Supreme Court will hear arguments in Turkiye Halk Bankasi AS v. USA, a case in which the bank, commonly known as Halkbank, will claim that it cannot face US prosecution because it is majority owned by the Turkish state, according to the brief it filed today.

“For sovereign-immunity purposes, Halkbank is Turkiye,” the brief said.

When seeking the writ of certiorari from the Supreme Court, the bank had argued the the Foreign Sovereign Immunities Act confers absolute immunity on agents of a foreign state, including a state-owned entity embroiled in a criminal matter. The US government, however, sees the law as only applying in a civil legal context.

In the brief filed today, Halkbank argued that the FSIA’s detailed provisions governing civil cases “only confirm” Congressional understanding that sovereigns have “absolute criminal immunity” under the law. “It defies reason that Congress conferred these special protections in civil cases but intended for courts to exercise expansive criminal jurisdiction over sovereigns without any similar protections,” the brief said.

The Supreme Court’s decision in the Halkbank case “will be of great interest” to foreign state-owned institutions, especially those with a US nexus, the law firm Morrison & Foerster said in a client alert.

“Given the profusion of state-owned companies in the world economy, especially (though not only) in the financial sector, a ruling in favor of Halkbank would have enormous consequences,” Paul Stephan, a law professor at the University of Virginia School of Law, wrote in October at the Transnational Litigation Blog.

Though US criminal prosecutions against foreign state-owned entities are rare, they do happen, especially in cases of alleged financial crime, bribery or corruption.

And increased US attention to activities such as cyber espionage and trade secret theft, in addition to financial corruption, could set criminal investigations of foreign entities “on a collision course” with potential jurisdictional immunity claims, Chimene Keitner, a professor at the UC Hastings College of Law, wrote in April for the Transnational Litigation Blog, when Halkbank was still petitioning for its case to be heard.

Halkbank was indicted in October 2019 in the Southern District of New York for allegedly using money-service businesses and front companies to help the Iranian government launder billions of dollars and evade US sanctions. In the Petrobras case, prosecutors granted the company a non-prosecution agreement after it admitted to the misconduct and agreed to keep cooperating in the probe.

Prosecutions for violations of the Foreign Corrupt Practices Act, which bars bribery of government officials abroad to get or keep business, are among the top priorities of the US Justice Department, according to a policy memo issued this fall by Deputy Attorney General Lisa Monaco. Under the FCPA, the US has treated employees of foreign state-owned companies as government officials and brought prosecutions for paying them off.

Several recent US indictments related to foreign bribery focused on payments made to officials at state-owned entities, though the cases were against individual bribe-payers or facilitators and not the receiving companies, according to an enforcement review issued this month by the law firm Miller & Chevalier.

Sanctions enforcement, especially in the wake of Russia’s invasion of Ukraine, will follow a path already taken by the FCPA, Monaco said in June.

In his post for the Transnational Litigation Blog, Stephan also pointed out a wrinkle that could complicate Halkbank’s immunity claim: The bank’s ownership. Halkbank said today in its brief that it is 87.7 percent owned by the Turkish Wealth Fund, which it describes as “part of and owned by the state.” The question is “critical,” Stephan wrote, noting the court has held the FSIA does not apply to second-tier subsidiaries.

“The grant of certiorari in Halkbank is surprising as well as interesting. A reversal and the complete immunization of foreign state-owned firms from US laws would be an earthquake,” Stephan said.