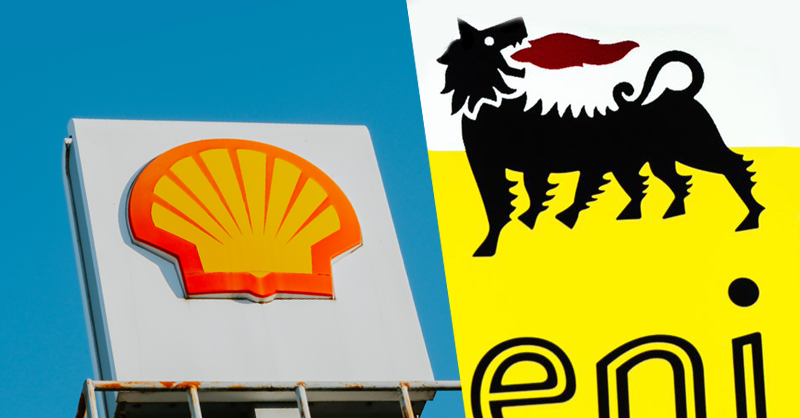 The prosecution of Shell and Eni in Italy over allegations of bribery over a $1.3 billion Nigerian oil license deal had all the makings of a Hollywood blockbuster.

A cast complete with current and former executives of the oil giants, former Nigerian politicians and a former Italian justice minister. The trial in Milan was besieged with reports of blackmail, witness intimidation and even allegations that lawyers for the defendants had infiltrated the court.

But the script took a turn for the implausible last week when the prosecutor assigned to handle the appeal consigned the case irrevocably to the bin, undermining the country’s international anti-bribery obligations.

Commentators have said the evidence of bribery was overwhelming, and that the move by Attorney General Celestina Gravina — to state at the opening of an appeal hearing that her case had no grounds — points to corruption in the Italian prosecution service.

They say it is now incumbent on the Organization for Economic Cooperation and Development to use all the tools at its disposal to pressure the Italian government to act.

Early last week, the Milan Court of Appeal opened to hear an appeal against the acquittal of Shell, Eni, their current and former executives, other intermediaries and former Nigerian politicians of charges of international corruption over the acquisition in 2011 of a license to an offshore Nigerian oil field known as OPL 245.

The trial began in 2018, and spanned nearly three years. The court heard from prosecutors and witnesses that the Anglo-Dutch and Italian oil majors knew that around $1.1 billion of the license's $1.3 billion purchase price would be paid as bribes to current and former politicians in Nigeria and the middlemen who facilitated the deal.

Eni's current chief executive Claudio Descalzi, and former CEO Paolo Scaroni were among the defendants, as were four former Shell executives, including Malcolm Brinded, head of Shell’s exploration and production division at the time.

Richard Messick, an anticorruption consultant and former World Bank senior adviser, described the evidence of bribery as “overwhelming” in a blog post. It included “internal Shell e-mails describing the [bribery] scheme and the testimony of an Eni official confirming his bosses were fully aware of it,” he said.

However, in March last year, the Milan Court of First Instance acquitted all 15 defendants.

In the wake of the acquittal, Italian press reports focused on an allegation by former Eni lawyer Piero Amara that two of the key defense lawyers in the case — former Italian justice minister Paola Severino, who acted for Eni chief executive Claudio Descalzi; and Nerio Diodà, for Eni — “had access” to the chief judge, Marco Tremolada.

“Suspicions that someone had ‘gotten’ to the judges immediately arose, stoked by revelations of close ties between the presiding judge and Eni’s senior counsel,” Messick said.

When it was published a few months later, the court’s written judgment criticized the prosecutors — Fabio de Pasquale, widely known for securing convictions against former prime ministers Bettino Craxi and Silvio Berlusconi, and Sergio Spadaro, currently with the European Public Prosecutor’s Office — for failing to lodge as evidence documents that were said to be beneficial to Eni’s case.

Not long after, prosecutors in Brescia, about 90 kilometers from Milan, opened a criminal probe into the prosecutors over their failure to file those documents. A lawyer involved in the proceedings told MLex it was the first time he had seen that happen. The city's prosecutor’s office has said it has sufficient evidence to request a trial.

An international group of corruption prosecutors even wrote to the OECD at the end of last year with their concerns that the Brescia probe was motivated by a desire to have De Pasquale — who had prepared all the appeal papers — taken off the case.

Gravina, who had previously voiced misgivings about the proceedings, was then appointed prosecutor in charge of the appeal.

But what happened next was said to be unprecedented for a Milan court.

Anti-corruption NGOs said the first-instance decision set the bar for conviction impossibly high. Yet, instead of presenting a case why that ruling ought to be overturned, Gravina filed a waiver with the court on the first day of the appeal, withdrawing the case entirely and irrevocably.

"This case must finish today because it has no basis. In fact, it should have finished earlier," the prosecutor told the court last week.

The oil companies’ relief was palpable. “Eni and its people are finally recognized for their correctness and lawfulness of their work,” the oil giant, which is one of Italy's largest companies, said.

Shell said that the dismissal “underscores what we have long maintained — that there was no case to answer for Shell or its former employees regarding the 2011 OPL 245 settlement, and that this case should have never been brought.”

Francesco Politi, an Italian lawyer who acts for Nigeria, told MLex he was surprised Gravina had withdrawn the appeal. However, he said she had already aired her views about the case in separate but related proceedings. Politi confirmed that Nigeria would continue with a civil suit against Shell and Eni in Milan, seeking damages to be determined by the court. The next hearings are scheduled for September.

Anti-corruption NGOs in Italy, who were responsible for bringing the first evidence of wrongdoing over the Nigeria deal to light, were astonished.

'Rot' in the judiciary

Antonio Tricarico, program director at Re:Common, told MLex that the latest development had taken away any credibility from Italy in the fight against international corruption.

“First, the first-instance judgment acquits all defendants with a dubious interpretation of the OECD Anti-Bribery Convention. Then, the prosecutors who led the Eni-Shell case ended up under investigation with frivolous charges. Finally, the appeal prosecutor, without informing Dutch and Nigerian counterparts, nor her colleagues in Milan, withdrew the case with politically motivated arguments,” Tricarico said.

Messick added: “it is now clear that the rot in the Italian judiciary reaches into its once-revered prosecution service.”

The withdrawal from the Italian criminal case had another knock-on effect. The “ne bis in idem” principle — also known as double jeopardy — forced Dutch prosecutors just days later to abandon their investigation into Shell’s role, which had been ongoing since 2016.

Since the principle bars only EU countries from pursuing a case, a Nigerian investigation into the companies can continue.

Messick told MLex that he hoped the OECD’s Working Group on Bribery — regarded as the most effective peer review process in this arena — would take a strong position against Italy in its upcoming report.

The Working Group has recent form here: it issued a stern warning last week to Switzerland that it needed to press ahead with promised legislative reforms, or face a visit from high-level officials at the end of the year. It also warned South Korea that a new law could hamper efforts to prosecute foreign bribery.

The group's examiners from the US and Germany recently visited the country as part of their fourth round of evaluations of its compliance with the Anti-Bribery Convention. Their report will be discussed at the next meeting in mid-October and published shortly after.

Even if the OECD does decide to get involved, anticorruption campaigners now consider this case dead in the water.