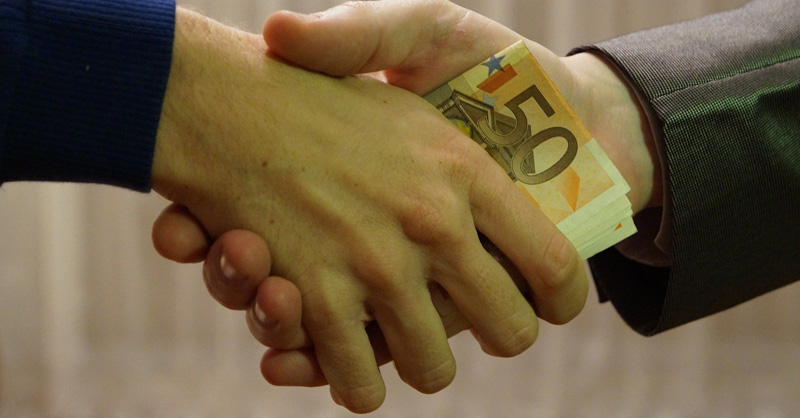 While the marathon Italian prosecution of Royal Dutch Shell and Eni on charges of paying $1 billion in bribes in Nigeria is now finally in the home stretch, the scale of the feat achieved by Milan’s public prosecutor is only beginning to become clear.

Two world-renowned resources giants, a clutch of senior executives and even former Nigerian president Goodluck Jonathan are implicated, and a win for the prosecutor would be an extraordinary coup. But the case has already shown off Italy’s new-found mettle to take on international corruption and could give it credentials as a heavyweight in fighting foreign bribery.

The trial — which began back in 2018 and is likely to take another five months to conclude — centers on the acquisition in 2011 by the Anglo-Dutch and Italian oil majors of the license to a Nigerian offshore oil field known as OPL 245. The agreed purchase price was about $1.3 billion, but the Nigerian government received only $200 million.

Most of the remaining $1.09 billion is alleged to have been used to line the pockets of corrupt Nigerian officials and middlemen who facilitated the deal.

The oil majors and their executives — including Eni chief executive Claudio Descalzi, his predecessor Paolo Scaroni and four former Shell employees, among them its former head of exploration and production — have maintained that they followed all relevant laws.

The Milan prosecutor, Fabio De Pasquale, argues that they must have had an idea about where their money was headed.

One of the most remarkable features of the trial — and one that has done much to demonstrate De Pasquale’s determination — is the level of cooperation that he has enlisted from other countries to support his case.

That stemmed in large part from a new dawn in cooperation with law enforcers in other countries ushered in by the election in 2015 of Muhammadu Buhari as Nigerian president on an anticorruption ticket.

For Italy, this translated into the Milan prosecutor being able to bring the lead investigator in Nigeria’s Economic and Financial Crimes Commission over as a prosecution witness in the case, and the EFCC helped Nigerian witnesses give evidence in the Milan trial via video link from its offices.

Further, the Nigerian government joined the proceedings in Milan as a civil party with “victim” status — a first for a foreign state in Italy — and its lawyers have been able to present their case and request damages directly.

The change is brought into relief by reference to Nigeria’s almost complete absence from the Milan court’s 2013 ruling that oilfield services company Saipem, an Eni subsidiary, paid bribes to win contracts to build liquefied-natural-gas plants at Bonny Island off the Nigerian coast.

Swiss authorities have also lent a hand in the current proceedings, helping the Milan prosecutor get access to a briefcase of evidence belonging to Emeka Obi, a Nigerian man said to have acted as an intermediary with Eni and who was jailed for four years by an Italian court in 2018 for his role in the OPL 245 deal. Eni has always disputed the intermediary claim, but the briefcase contained evidence about Obi’s regular meetings with company officials up to February 201.

Meanwhile, Swiss and UK courts have frozen more than $190 million of funds flowing from the deal acting on requests from Milan. Jonathan Benton, a former head of the international corruption unit at the UK’s National Crime Agency, also gave evidence to the Milan trial in person about its investigations into the oil companies’ activities.

Cooperation with counterparts in the Netherlands, meanwhile, reached an unprecedented high with the establishment of a joint Dutch-Italian investigative team, which raided Shell’s headquarters in 2016 and wire-tapped chief executive Ben van Buerden.

On the US side, finally, former Federal Bureau of Investigation special agent Debra LaPrevotte has also appeared as a prosecution witness in Milan. She told the court of her investigation into the movements of $800 million of the money paid by Shell and Eni, which led her to accounts controlled by Nigerian businessman Abubakar Aliyu, linked to Goodluck Jonathan.

Witness statements taken by the FBI in 2013 have also been used as evidence in the trial and have been particularly significant for the prosecutor’s ability to point the court to them on occasions where witnesses have suddenly changed their story.

The extensive international reach of the case is also part of the reason for the trial’s expected length of two-and-a-half years, along with a series of expert witnesses, giving evidence in both Italian and English, a four-month Covid-19 hiatus, and delays inherent in having to deal with a total of 15 defendants.

While the length is extraordinary — even for Italian courts not noted for their efficiency — the court has, however, shown a degree of ingenuity in dealing with the problems posed by evidence being submitted over such a period. For one, it has asked the defendants to submit a written defense to conclude the trial, something that wouldn’t usually appear in an Italian criminal trial.

Certainly, the length fits the trial’s scale. Nigeria has already staked an aggressive claim for an advance payment of the $1.09 billion value of the alleged bribe should Shell and Eni be found guilty, and civil proceedings would determine the full amount owed in such an event. In addition, the amount of damages to which Nigeria would be entitled isn’t limited, and one expert witness for the state put the value of the oil block at the time the companies snagged the rights at $3.5 billion.

But the Milan prosecutor will likely have years more arguing ahead. Whatever the Milan court decides, an appeal from one side or other is inevitable given the high stakes, and Italian corruption cases where guilty verdicts are recorded at first instance are frequently overturned by higher courts.

Appeals could be expected to take up to four years to run their course, and potentially even longer if the case reaches Italy’s highest court and is sent back for review.

Italy was the first off the block to bring charges against Shell and Eni: prosecutors in the US, the UK and the Netherlands have been watching closely but have parked their investigations for now, although Dutch authorities could pick their case up again if wrangles over privilege are resolved.

Italy has made steady gains in its efforts to tackle foreign bribery, but it has not hitherto had the kind of reputation that the US — and more recently the UK — has had in leaving no stone unturned to hold companies accountable for executives’ actions overseas. This case could thus mark a turning point.

Eni is Italy’s largest multinational and one of its most recognized global brands, so a guilty verdict for it might humiliate the Italian government, which has stood by it through the prosecution — but it would also put Italy firmly on the map for enforcing its foreign bribery laws.

Guilty verdicts are not a given: Higher Italian courts have recently held that the offense of international corruption can’t be made out without proof that public officials alleged to have received bribe money actually did so — a key issue at argument in the Milan trial. But even if the case fails, it nevertheless demonstrates to other potential defendants the lengths to which prosecutors could be expected to go.

Italy’s example could also prove instructive for other countries. With the Nigerian government now shown to be willing to go the extra mile to assist corruption probes in foreign courts, its support is not expected to be limited to Italy.

Corruption cases the world over often collapse over delays and lapses in the way evidence is handled. This means the more cases in Italy and elsewhere that echo the care and determination shown by De Pasquale’s team in Milan, the more pressure will pile on to companies to settle charges directly, rather than be put through the wringer in court.