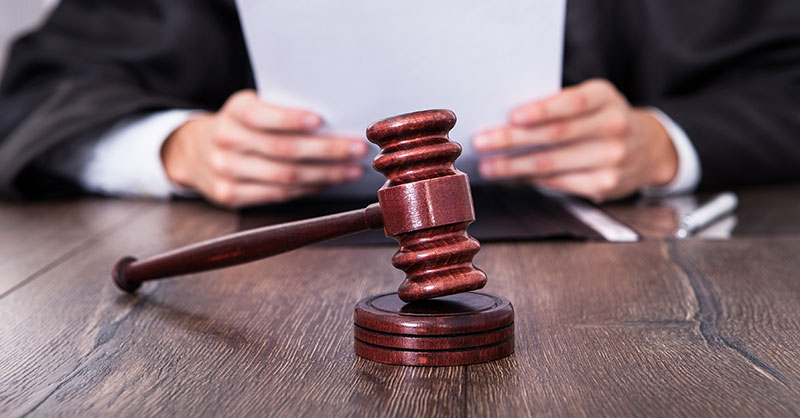 A judge’s order yesterday for two former Serco executives to be acquitted of fraud charges is not just a humiliation for the Serious Fraud Office, which prosecuted the case. It also yet again calls into question the agency's use of deferred prosecution agreements.

Over the past six years, the SFO has made a total of nine such agreements with companies — where they accept there has been wrongdoing and pay a fine — but it has failed to secure a single conviction of an individual in connection with any wrongdoing exposed in them.

That has been both from the agency failing to mount prosecutions of individuals, and from seeing trials blow up spectacularly in its face, as happened yesterday. The question now is: how much more failure can be tolerated before the SFO changes course?

Nicholas Woods and Simon Marshall went on trial at London’s Southwark Crown Court last month, accused by the SFO of fabricating 12 million pounds’ worth of costs ($16.6 million today) to justify overcharging the UK government for offender-tagging services between 2011 and 2013.

But they were dramatically cleared of all charges yesterday, just a third of the way through the trial's expected 12 weeks. The case collapsed after the SFO admitted serious errors in evidence disclosures — which the judge said jeopardized a fair trial — and said it could offer no evidence.

The pair had argued in their defense that it was company policy to reattribute profits internally, and that the practice was signed off by management and by Serco's auditor, Deloitte.

The case fell apart after it emerged that evidence to the effect that the alleged misconduct was common practice had been mistakenly withheld from the defense. A series of files were titled incorrectly and later ignored by SFO investigators in building their case. Crucially, they contained further evidence of reporting lines between senior management at Serco, and pointed to similar conduct in its office in Merseyside, northern England, the judge was told.

The SFO asked for time to sort out the problems, and wanted to restart the case again in front of a fresh jury. But Judge Amanda Tipples had had enough: Explaining that she had “real concerns in relation to the nature of the prosecution case,” she said it wasn’t in the public interest to continue.

The implosion of the Serco trial is self-evidently an embarrassment for an agency that had spent seven years investigating the company.

The evidence error adds another dimension to the SFO's recent history of prosecution dead-ends, which have included a judge halting a trial due to the weakness of the evidence, and multiple failures to convince juries that evidence had stacked up.

Most importantly, though, it is yet another demonstration of the difficulties the agency has in bringing cases against individuals, and in particular those linked to companies that have signed deferred prosecution agreements, or DPAs.

In Serco's case, it paid 22.9 million pounds to settle allegations that it had defrauded the Ministry of Justice by overcharging it in for electronic tagging of offenders.

While DPAs require an admission of guilt from the companies — and a willingness to pay a hefty fine — they are often viewed as tantamount to a cost of doing business. By avoiding a criminal trial in the UK, companies stand a better chance of salvaging their reputation, protecting their shareholders and maintaining contracts with third parties.

For individuals, the stakes are higher. They will fight tooth and nail to avoid conviction and prison. Also, it is often hard to pin the blame on individuals, particularly those at the top of the tree. Prosecutors will often be forced to look further down the ladder to apportion blame, with the consequence that less-senior figures will often say they were following orders.

That goes some way to explaining, perhaps, why the SFO has yet to bring a successful prosecution against any individual stemming from a DPA case, despite laying charges against a total of 11.

In its 2019 prosecution of three former Tesco executives, accused of dishonestly misstating the supermarket chain’s financial figures, a judge said the evidence against the trio was so weak that the trial couldn’t continue.

Other criminal trials involving six former executives at Sarclad, a technology provider to the metals industry, and seismology tech specialist Güralp Systems also failed the same year, despite the companies both having signed DPAs — a fact revealed only after the trials.

These were, perhaps, examples of the higher burden of proof needed to convict individuals of criminal offenses proving too high for the SFO.

Indeed, questions were raised after this series of defeats in 2019 over what it would take for the SFO to mount a thorough review of its post-DPA prosecutions. Every failure emboldens companies — which might otherwise agree a DPA and accept a relatively lenient penalty — to take their chances and challenge the SFO to mount a case against them directly.

Up until now, however, there has been no sign of action. The SFO reacted to yesterday's news with the comment that “we are considering how best to undertake an assessment to prevent this from happening in the future.”

Whether this refers to a root-and-branch rethink of what it takes to successfully prosecute individuals, or a more limited review of evidence-gathering and analysis, remains to be seen. For the sake of the agency's shattered credibility, it needs to be the former.