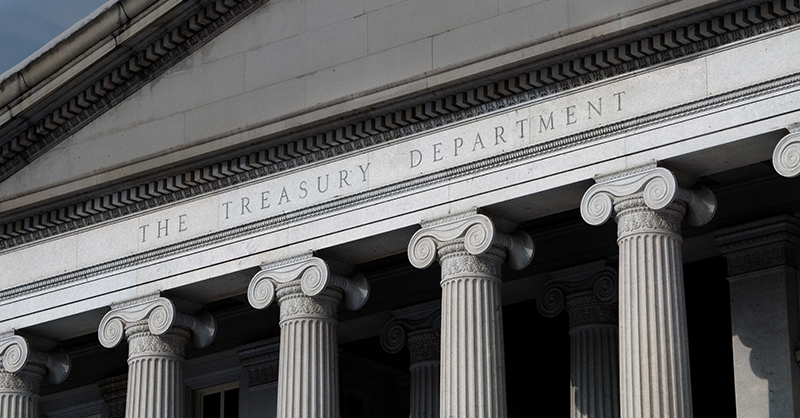 When the US sanctioned Russian billionaire Oleg Deripaska in April 2018, the Treasury Department said it was part of a campaign to combat Moscow’s “worldwide malign activity.”

Deripaska’s petition to overturn the designation, coupled with a Supreme Court decision today that limits regulations to combat climate change, could end up hobbling the Treasury’s ability to address global threats with sanctions.

“Absent reprimand from the courts, there is nothing to deter [Treasury] — or the executive branch more broadly — from boosting its claim to unfettered discretion to use its [international emergency] authorities in response to any circumstances they wish,” said Deripaska’s petition, which was filed this week.

The government's deadline to file a response to Deripaska's petition is July 29.

Deripaska filed suit against the Treasury in June 2021 to get the sanctions lifted, and the decision against him was upheld on appeal. He was also sanctioned by the UK in March and the European Union in April.

When Deripaska was sanctioned by the US in April 2018, Treasury listed him among several Russian oligarchs and also designated several of his and other oligarch-owned companies.

The department had cited Deripaska’s activity on behalf of a senior Russian government official, as well as comments he made that he doesn’t separate himself from the Russian state. The department noted his diplomatic passport, an investigation into him for alleged money laundering and bribery of an official.

Sanctions on a few of the companies were later removed after Deripaska agreed to relinquish control, lower his stake and open the books to US scrutiny.

Pointing to the “worldwide malign activity” language atop a 2018 Treasury press release, Deripaska argued in the Supreme Court petition that the action taken against him had nothing to do with the threats the US described in the executive orders underpinning its sanctions, including Russia’s annexation of Crimea and activity in eastern Ukraine. President Joe Biden issued a new executive order in April 2021 authorizing sanctions against “specified harmful foreign activities” by Russia, a move providing “clear indication” that the authority used to justify Deripaska’s designation hadn’t addressed the threat, the petition said in a footnote.

Deripaska’s challenge went further, saying that the sanctions have exploded in scope, manner and impact, and the law underlying the executive orders — the International Emergency Economic Powers Act — had been stretched beyond recognition by presidents across the decades in their pursuit of sanctions to deal with any manner of global threat.

“Intended as a means of ensuring that the President has the tools and discretion to deal with peacetime national emergencies arising outside the United States, IEEPA may prove a source of legislative authority for the executive branch of a scope so broad as to be unimagined by Congress,” according to Deripaska’s petition.

Thousands of individuals and entities have been sanctioned under IEEPA-linked executive orders in recent years and those designations have become more powerful over time, effectively becoming “force multipliers” due to increased voluntary compliance by banks around the world, even where not required, the petition said. As such, sanctioned parties are “resigned to a kind of social death,” it claimed, citing ruined careers, unwound finances and a lost social existence.

For decades, the court mostly deferred to the executive branch when it issued new rules, but the latest opinion demands “something more than a merely textual basis for the agency action.” In a dissent, Justice Elana Kagan said the “major questions doctrine” was an invention of the latest majority opinion, and that courts evaluating whether an executive agency had strayed too far from congressional intent must assess the rule, the agency and the relationship between them.

It’s unclear whether the major questions doctrine would play a role in an executive agency acting in a national security context, such as the use of sanctions to address a threat. But Deripaska’s petition cites rulings in his case from lower courts to warn that Treasury will continue issuing designations even when there is no direct link to a threat cited in an executive order justifying the sanctions.

“This lesson provides the grounds for a significant expansion in presidential emergency economic powers and a loss of congressional oversight over the exercise of those powers,” the petition said.