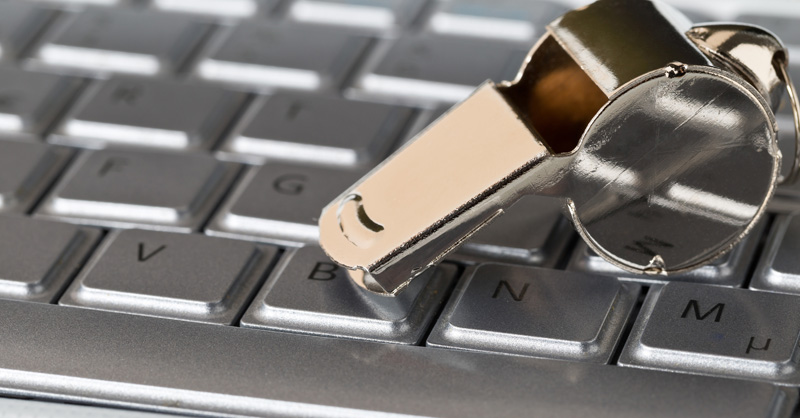 A single whistleblower has received a near-record $110 million US Securities and Exchange Commission payout, pushing the SEC's total disbursements under its whistleblower program to more than $1 billion. Recent years have seen major growth in the importance of SEC whistleblowers, a wild card for companies that further highlights the incentives for self-reporting.

The new payouts increase the total that the SEC has awarded to more than $1 billion since 2012, the agency said. In announcing its awards, the government doesn't disclose information about whistleblowers or the wrongdoing they report.

The program, put in place amid regulatory reforms in the post-financial crisis Dodd-Frank Act, has in recent years grown into a cottage industry for corporate whistleblowers and their lawyers.

The program hasn't seen a steady flow of awards — rather, what was a trickle has become a torrent of payouts in recent years, showing the growing importance of the program to the SEC and the growing risk to companies that hope enforcers won't notice their wrongdoing.

The $1 billion in total payouts have been shared among just 207 individuals, according to the SEC. The SEC doles out awards of 10 to 30 percent of the monetary sanctions assessed against companies, based on the level of cooperation a whistleblower provides.

Almost all of the SEC's largest whistleblower awards have come since 2016, the year Jane Norberg took control of the whistleblower office. Norberg left the agency in 2019 and now works in private practice at a DC firm.

As of November 2019, the SEC had only doled out $376 million in awards. In the less than two years since, it has nearly tripled that output. Over this year's summer months, the agency announced awards on 10 separate occasions.

The trend shows no signs of abating. The SEC in recent years has been awash in tips, receiving more than 6,900 — about 19 a day — in fiscal year 2020, according to figures compiled by Norberg in a law firm newsletter. That amounted to a 31 percent jump over fiscal year 2018, which had been the previous record holder.

"Given the start to FY 2021, the trend is likely to continue (if not strengthen) under the new administration," Norberg said.

The SEC, for confidentiality reasons, doesn't disclose what enforcement action led to any given award. The agency's Foreign Corrupt Practices Act enforcement, though, yields some of its highest-value sanctions — Goldman last year paid the SEC alone more than $1 billion in a single settlement, for example — so one can assume FCPA whistleblowers are behind a significant proportion of the program's awards.

Not all awards have been secret. In May, a whistleblower lawyer took the unusual step of confirming that a client had received a $28 million award for a tip that helped lead to Panasonic's 2018 FCPA settlement.

Companies can't say they weren't warned. The SEC has for years touted its pipeline of tips, noting it received reports from dozens of foreign countries. In 2019, Steve Peiken, then the SEC's co-director of enforcement, said the influx of tips had "changed the calculus of self-reporting" — telling companies, in effect, to confess their corporate sins or employees might get rich doing it for them.

When Peiken made those remarks, the largest whistleblower award ever had been $39 million. Within six months, the SEC paid out a $50 million award, then a $114 million award, and finally yesterday's $110 million award. The new calculus looks to be here to stay, and companies need to learn it.