Malaysia's Najib Razak is behind bars; his wife has been convicted. Now what? 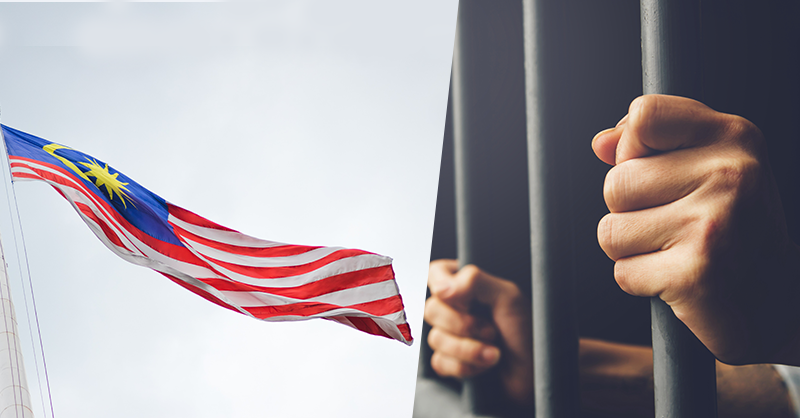 Chong Ki Keong’s optimism relates to expectations that Malaysia’s Federal Court’s rejection of Najib’s final appeal against his 2020 conviction means the rule of law will be upheld, and that justice will be served.

A few days after speaking to MLex, that optimism appears to have been vindicated with yet another historic decision: The conviction of Najib’s wife, Rosmah Mansor, and the record 970-million ringgit fine ($216 million) she received, on top of a 10-year jail term.

“This means the judiciary will fiercely stand by the rule of law and will not bow down to political pressure when dealing with high-profile cases,” Transparency International’s Chew Phye Keat said, echoing Chong’s comments.

That these unprecedented court decisions took place under a government once again ruled by Najib’s powerful political party, UMNO, only serves to further highlight how big a deal all of this is.

“Najib’s conviction and jailing is probably the biggest single political event in Malaysia since the shocking results of the 2018 general election,” said Mark Lovatt, the chief executive officer of anticorruption compliance consultancy Trident Integrity, referring to the election that briefly removed UMNO from power.

But as to what all this optimism and celebration actually mean for Malaysia’s war against corruption, the answer isn’t so straightforward. Was the rule of law upheld in Najib and Rosmah’s cases despite their high-profile nature? Or because of it?

When Najib used every trick in the book to delay his appeal hearing — from changing lawyers a month before the trial, to a last-minute bid to recuse the chief justice herself — there were expectations the courts would indeed give him more time. After all, the charismatic former leader is still seen as political royalty by many in the country.

But the top court didn’t give in to his demands and there is speculation that UMNO’s apparent lack of political intervention to aid Najib could have something to do with the fact that a new corruption scandal erupted just weeks before the appeal hearing.

The contract was signed in 2014, when Najib was still prime minister, and almost 67 percent of the amount has already been paid. But as of today, not one of the ships has been delivered, and only one is under construction at the BNS facility in Lumut, Perak.

The names of Najib and former UMNO president Ahmad Zahid Hamidi, who have both served as defense minister, appeared in some of the documents in the context of providing support for BNS. On. Aug. 16, the day after Najib’s final appeal began, the company’s former managing director and former navy chief, Ahmad Ramli, was charged in court for criminal breach of trust in relation to the scandal.

“1MDB has been going on for years, and people have grown tired of it,” Lovatt said, referring to the sprawling 1Malaysia Development Berhad scandal that saw billions of dollars corruptly syphoned out of a Malaysian sovereign-wealth fund.

“But with the LCS scandal in the news at the same time, with links to senior political figures again, suddenly corruption is real and raw again.”

Beyond Najib and Rosmah

If the LCS scandal indeed wasn’t a factor in how Najib and Rosmah’s cases played out, does that suggest that other, not-so-high-profile cases should also expect the rule of law be upheld so scrupulously?

The answer could lie not with the judiciary, but with the Malaysian Anti-Corruption Commission, or MACC, which continues to face a deficit in public trust.

Malaysia’s first corporate liability case involving Pristine Offshore, for instance, has barely made progress since the MACC charged the company in March 2021 and made pronouncements suggesting it was ready to crack the whip on companies that fail to prevent bribery.

Anti-graft experts say the agency is largely still seen as aggressive only towards people who aren’t powerful enough to push back and that MACC hasn’t recovered from its disastrous handling of questions over its chief’s ownership of shares in two listed companies.

When Mahathir Mohamad returned to power in 2018, he pledged to implement a series of reforms to strengthen the country's weak law-enforcement system, including changes to MACC’s powers and independence. But these efforts were shelved when Mahathir unexpectedly resigned in 2020 amid a political crisis.

“I hope the court decisions at least give MACC confidence that their hard work is not for nothing when it comes to big guns,” Chew Phye Keat said, while adding that he doesn’t think public trust in the anti-graft agency has been restored since the debacle involving its chief commissioner, Azam Baki.

Meanwhile, there are more 1MDB battles ahead.

The SRC International case that led to Najib’s conviction was just the first of five trials the former prime minister is facing over the 1MDB scandal. When asked why the case involving the former 1MDB unit was the first to go to trial, former attorney general Tommy Thomas explained that it was “the easiest to prove”.

“If you stripped it of everything, it was just a theft of 42 million ringgit. So, it was easy to prove,” he told local news site Malaysiakini.

The four ongoing 1MDB-related trials — including a massive 2.28-billion-ringgit corruption case with 25 charges — are still hearing the prosecution present their case.

Najib, though, might still be able to find a relatively easy way out of the Kajang prison complex where he is serving out his sentence. Last Friday, he filed a petition for a royal pardon, which — according to Mahathir — will likely be granted. Until that petition is decided upon, Najib remains a member of parliament.

“This is the first time in the nation’s history where a pardon petition is submitted immediately after conviction and carries the implication that the judiciary was wrong to put Najib in jail — an implication that the five judges in the Federal Court had failed the cause of justice in not allowing a postponement of the hearing,” former opposition leader Lim Kit Siang said in a statement.

Whether or not Najib receives a pardon, and is then convicted again, and whether the successful prosecution of corruption cases go beyond the high-profile 1MDB cases could determine whether all the celebration over Najib’s jailing and Rosmah’s conviction was premature.

“Grand corruption is only one of the battles — the war goes on across all forms of corruption and the war is by no means over or close to it,” Chew Phye Keat said.