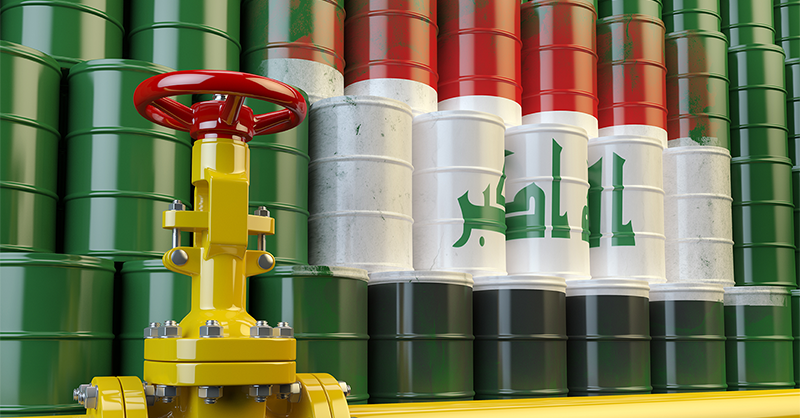 The overturning of a former Unaoil executive’s bribery conviction, the latest setback for the UK's Serious Fraud Office in its case against the Monaco-based oil consultancy, will prompt louder calls for director Lisa Osofsky's head to roll.

It was a big win for the SFO to secure Ziad Akle’s conviction last year and that of two others, Basil Al Jarah and Stephen Whiteley, for the payment of millions of dollars of bribes in post-war Iraq to secure $855 million worth of contracts.

On the heels of a series of embarrassing failures in the UK courts, the agency had finally bagged three important convictions in a jury-led trial.

As a further fillip, a fourth defendant, Paul Bond, was convicted in March this year following a retrial. But that came too late for much celebration as it followed months of speculation about Osofsky's dubious role in the prosecution of Akle, Al Jarah and Whiteley.

In July last year reporting restrictions were lifted on news that the SFO's director had been heavily criticized by trial judge Martin Beddoe for her conduct in the runup to the start of the trial in January.

During an application by Akle’s lawyers to get his case dismissed pre-trial, it emerged that Osofsky had been in contact with David Tinsley, a US fixer representing the Ahsani family, which owns Unaoil. Tinsley had pushed for the Ahsanis to be dealt with in the US rather than the UK and offered to help the SFO secure a guilty plea from Al Jarah and Akle.

Tinsley and Osofsky made frequent and “improper” contact for more than a year, the judge found, saying she shouldn't have had such close dealings with him and that she had been vulnerable to flattery.

The full implications of that ill-judged contact became clear last Friday when judges at the Court of Appeal quashed Akle’s conviction and freed him 18 months into a five-year sentence, ruling his conviction had been unsafe. The appeal largely turned on the impact on Akle’s defense of a guilty plea by Al Jarah, about which the jury was told.

“Tinsley was the last person whom the SFO should have allowed, or caused, to undertake the role of trying to persuade [Al Jarah] and Akle to plead guilty,” they said. Osofsky and the SFO shouldn’t have had any dealings with the fixer beyond their initial scoping contact, the judges said.

The failure by the SFO to properly disclose documentation linked to contact that officials had with Tinsley “handicapped” Akle’s defense, they said. “That failure was particularly regrettable given that some of the documents had a clear potential to embarrass the SFO in their prosecution of this case.”

The gravity of these failings was underlined by the judges refusing the SFO’s bid for a retrial. They instead set Akle free and he is now at home with his family.

This leaves the SFO facing arguably its most serious crisis to date.

Jonathan Pickworth, one of Akle's legal team, was quick to call for Osofsky’s resignation following the judgment; as a legal opponent, that's only to be expected.

But far more serious is the decision late on Friday of Attorney General Suella Braverman — the government’s top lawyer and effectively Osofsky’s boss — to open an urgent probe into the fraud agency. Braverman said she was “deeply concerned” about what had happened and why.

There have been calls for Osofsky to go before, but this independent investigation into her agency, and inevitably, her own mistakes, causes serious difficulties for the SFO and deeply intensifies the pressure on its chief. It could lead to her departure.

Braverman is unlikely to have been surprised by Akle's win. The Attorney General's Office was asked in July 2020 to investigate a complaint from an independent lawyer alleging “serious professional misconduct” and conflicts of interest in Osofsky's handling of the Unaoil case. It is unclear what the current status of this investigation is.

That complaint was also lodged with the Bar Standards Board, which monitors the conduct of trial lawyers. Osofsky, a dual US and UK national, spent much of her career as a lawyer for US federal agencies and is listed by the board as a practicing barrister in England.

At the same time, the SFO itself has been treading water on an internal investigation into its handling of the Unaoil executives' prosecutions. Announced also in July 2020, it was immediately shelved pending the outcome of appeals by Akle and Bond. Now it looks likely to be overtaken by the attorney general's probe.

Adding to the pressure on the SFO, any inquiry will be likely also to rake over other failures in its broader Unaoil probe.

While the agency did prosecute several individuals, it dropped its probe into the company itself June 2019 after years of investigation; it also embarrassingly lost out to US prosecutors in a battle to prosecute former top executives Saman and Cyrus Ahsani.

It also lost a high-profile employment claim brought by former case controller Tom Martin, who successfully claimed he was removed from the probe by Osofsky in a bid to appease US prosecutors. The SFO has appealed that ruling.

Satellite investigations linked to Unaoil, including those into KBR and ABB, also floundered without any charges being brought, although a probe into oil services company Petrofac resulted in a $95 million penalty in October.

Taken together, the series of shortcomings and missteps, culminating in the overturning of Akle's conviction, may prove too heavy a burden for the present leadership of the SFO to bear.

In the immediate term, Osofsky can be expected to say that the attorney general's probe should be allowed to run its course. But if that investigation pins the blame on her, the volume of voices calling for her to go will be hard to ignore.