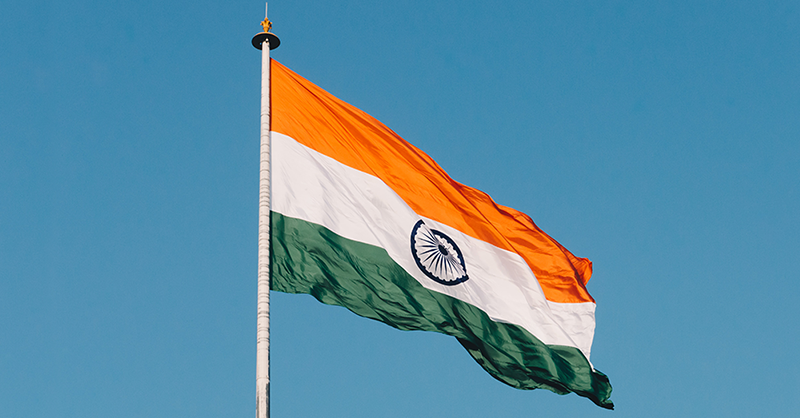 In what opposition parties have labeled a “dangerous verdict,” the Supreme Court of India rejected a challenge to the 2019 amendments to the Prevention of Money Laundering Act, or PMLA — a decision that reaffirmed procedures adopted by the Director of Enforcement, or ED, during investigations.

In its July 27 ruling, the court said money laundering was “an offense against the sovereignty and integrity of the country.” It also expanded the meaning of the offense to include “every process and activity” — direct or indirect — dealing with the proceeds of crime.

It was a significant verdict because it reaffirmed and strengthened the wide range of seemingly unbridled powers conferred on the ED by the PMLA — powers that include the right to summon, arrest and raid.

The ruling was a boon for the ED, which has come under pressure over its assertive approach to money-laundering investigations — an approach that appears to have included a reverse burden of proof and challenged an individual’s right to remain silent against self-incrimination.

The challenge to the PMLA was brought about by a batch of petitions, filed by several individuals targeted by enforcement under the legislation.

Among the elements of the law targeted by the petitioners was the ED’s right to commence penal proceedings against an individual without informing the person of the charges.

The petitioners also questioned the widening of the law authorizing the financial crime-fighting agency to investigate offenses such as bank frauds and tax evasion — crimes that might not come under AML legislation in other jurisdictions.

Yet the court was forceful in its ruling, saying that the enforcement agency had the right to go in hard on money-laundering investigations.

The offense of money laundering is no less heinous than the offense of terrorism, Judge AM Khanwilkar said, justifying the need for “creating a deterrent effect” through a stringent law — a ruling that is likely to pave the way for more energetic enforcement on the part of the ED.

There had been 242 petitions challenging the 2019 PMLA amendment, on the grounds that the changes to the law had eroded constitutional safeguards.

The petitioners argued that basic human rights guaranteed by India’s constitution — including the right to life, liberty and due process — had been infringed under the amended PMLA and amounted to a gross violation of justice, fairness and reasonableness.

The right to be treated fairly under the legal system included the notion of innocence until proven guilty and the right to remain silent against self-incrimination.

But these arguments were dismissed in the 545-page Supreme Court judgment. Statements made before the financial crime-fighting agency are admissible as evidence and can be used against the accused, according to the ruling.

This was a key element of the top court’s decision. Under the PMLA, the burden of proof is shifted to the accused, rather than the accuser. This, the petitioners had argued, made obtaining bail in PMLA prosecutions close to impossible.

By upholding the reverse burden of proof, the three-member bench, headed by Judge Khanwilkar, effectively validated the 2019 amendments to the PMLA. It also effectively overwrote the Supreme Court's own 2017 ruling, which had earlier declared the bail criteria under the PMLA unconstitutional.

The Supreme Court justified its stance by saying that anti-money laundering legislation deals with crimes serious enough to warrant a reverse burden-of-proof condition when granting bail to alleged offenders.

The court further upheld the confiscation of property, should an investigating officer anticipate the existence of a related offense, accepting that anything other than swift action could impact the ED’s investigation.

Judge Khanwilkar spoke of the urgency in ensuring that the proceeds of crime are caught because "once money leaves the country, it is almost impossible to get it back."

One of the concerns about the PMLA is that it can be used to investigate and pursue offenses that aren’t directly related to money laundering — for example, copyright infringement or the application for a false trademark. These offenses could come under the proceeds of crime and could spark charges under the anti-money laundering legislation.

The evolution of the PMLA is therefore noteworthy. While the scope of the law had once been confined to acts related to terrorism, corruption or the narcotics trade, the list of scheduled offenses has increased over the years.

In 2002, the legislation included six, separate legislative components. Today, there are 30 laws that come under the PMLA heading — including one that identifies as proceeds of crime property obtained, directly or indirectly, from criminal activity linked to any PMLA offense.

This has led to the provision of the PMLA being used in cases that are not strictly linked to what would be recognized as a money-laundering offense in other jurisdictions.

For instance, Indian business tycoon Vijay Mallya owes 17 Indian banks approximately 90 billion rupee ($1.12 billion) and was accused of fraud and money laundering. He is currently facing extradition from the UK.

While Chinese smartphone manufacturer Vivo has been accused of remitting 50 percent of its 1.25 trillion-rupee ($15.77 billion) turnover from its Indian operations, mainly to China, to avoid paying local taxes — again, allegations not strictly linked to AML.

The concern of some observers is that the inclusion of less serious offenses in the legislation tends to dilute the PMLA’s objectives. Normal economic offenses including tax evasion and bank fraud should be dealt with under the normal legal framework, safeguarded by criminal jurisprudence, critics say.

As for the operations of the ED, the Supreme Court judgment emphasized the need for accountability of investigating officers and proper due diligence, advising investigators to inform and share evidence.

In particular, the use of predicate offenses — that is, offenses that are not related directly to money laundering but may trigger PMLA provisions — needs to be supported by solid evidence, the court said. If the predicate offenses fail, there can be no case to apply money-laundering legislation.

The Supreme Court ruling has raised concern among India’s opposition parties. Criticizing the judgment, at least 17 parties have called for a review and intend to ensure that all the amendments made to the PMLA in 2019 be invalidated.

In a joint statement, opposition leaders said they feared the July 2022 ruling would strengthen the hand of the federal government and allow it to indulge in political vendettas targeting its opponents.

The court, which was "invited to give an independent verdict on the lack of checks and balances in the Act,” had instead “virtually reproduced arguments given by the executive in support of draconian amendments," the opposition leaders added.

The statement was released just as Sonia Gandhi, the leader of the opposition Indian National Congress, was questioned by the ED as part of a money-laundering case.

According to Supreme Court lawyer Sarim Naved, the court can at best judge whether the law is constitutional but cannot decide if the law is good or bad. "It will be a political battle to change the law," he told MLex.

The problem is the process under the PMLA that can make or break a defendant, Naved said, adding that there was limited jurisprudence on enforcement and that ED officers often lacked the expertise, experience or training to investigate criminal cases.

Yet regardless of those concerns, the Supreme Court ruling will have an immediate impact on several, high-profile cases.

Former finance minister P. Chidambaram has been accused of irregularities under the PMLA in granting Foreign Investment Promotion Board approval in the Aircel-Maxis deal; Chanda Kochhar, former head of ICICI Bank, has been accused of receiving bribes for illegally sanctioning loans to the Videocon Group; and former Maharashtra home minister Anil Deshmukh is under investigation for money laundering in an alleged corruption and bribery scandal.