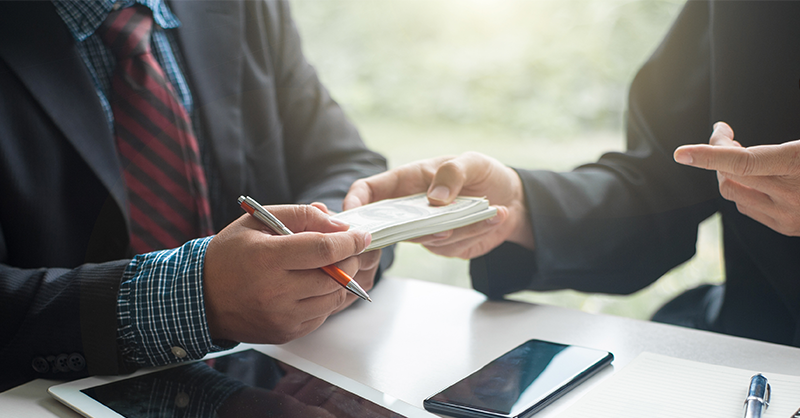 Glencore may be wrapping up corruption allegations that have dogged it for years, but risks remain for the Swiss mining and commodities giant despite the size of the penalty it faces and the lurid headlines it generated.

Earlier this week, in dual hearings in New York and London, Glencore and several subsidiaries admitted paying more than $100 million in bribes to officials in Africa and South America via intermediaries in a pattern of misconduct that stretched for more than a decade. The company, which also reached a leniency agreement with authorities in Brazil, agreed to pay around $1 billion to resolve the cases and to retain independent compliance monitors both in the US and overseas.

“The scope of this criminal bribery scheme is staggering,” Damian Williams, the US attorney for the Southern District of New York, said during a press conference in Washington DC on Tuesday. “Bribery was built into the corporate culture.”

Though sizeable, the fines are dwarfed by the company’s revenues of around $200 billion a year. Glencore still faces ongoing investigations in Switzerland and the Netherlands, which could generate additional financial penalties, the firm acknowledged when announcing the settlements. More salacious headlines and potential court cases could heap additional misery upon the firm and may drag on for years.

The Swiss attorney general’s office (OAG) told MLex it's conducting two criminal investigations in the context of raw materials. One probe relates to unspecified individuals suspected of bribery of foreign public officials, but it doesn’t concern legal entities. The other concerns Glencore International PLC and the suspicion of corporate criminal liability, the office said.

“No prognosis can be made as to the timeline or the progress of criminal proceedings, as these are dynamic processes, which are not influenced by the OAG alone,” the Swiss attorney general’s office told MLex in an e-mailed statement.

Dutch authorities didn’t respond to requests for comment about their investigation.

Attention will also turn to what action prosecutors take against individuals. The UK Serious Fraud Office investigation into unnamed individuals continues, while US prosecutors have pledged to act against additional individuals. One former Glencore trader pleaded guilty in the US last year.

And this week’s settlements with Glencore shine a spotlight on the so-called “resource curse” phenomenon. The resource curse refers to countries rich in oil, gas or minerals failing to benefit from their natural wealth, and instead suffering from conflict, economic instability and corruption.

When Glencore sought to merge with miner Xstrata in early 2012, unions representing workers at each company said both had served as examples of the “resource curse.” The deal closed in May 2013 over the unions’ objections.

For decades, Glencore has pursued business in risky places, including in Congo, “a country that epitomizes the resource curse,” the investigative nonprofit Private Eye said in 2017 when announcing a criminal complaint it filed with the Swiss OAG.

Glencore, which Reuters once called “the biggest company you never heard of,” is the successor to the trading firm founded in 1974 by Marc Rich, a Swiss financier who was controversially pardoned by former President Bill Clinton in the final hours of his administration. Rich was charged in 1983 with 51 counts of tax evasion and with buying oil from Iran during the hostage crisis; he fled to Switzerland and was on the FBI’s most-wanted list for decades. Glencore management had bought Rich out of the company in 1993, long before the pardon.

Glencore began acquiring stakes in copper and cobalt mines in 2007 worth billions of dollars in Congo, taking major risks to do so, Private Eye said. Among them: It “did not hesitate to partner with Dan Gertler,” an Israeli billionaire who was sanctioned a decade later by the US Treasury Department for amassing a fortune through corrupt mining deals in Congo by exploiting his relationship with the Kabila family, which had ruled the country for decades.

The current Congolese government is unwinding the country’s ties to Gertler, according to media reports. Gertler has denied wrongdoing and fought for the sanctions against him to be lifted.

The settlements that Glencore reached with the US, UK and Brazil focused on the firm’s conduct in South America and in Africa, including in mining concerns in Congo, according to court records filed in the US. But the documents didn’t appear to mention the firm’s relationship with Gertler, a review by MLex found.

Allegations from Private Eye and media reports in the wake of a document leak known as the Paradise Papers provide a glimpse into Glencore’s activity in Congo and its reliance on Gertler to build its business in the central African country. In early 2017, before the US sanctions designation, Glencore bought Gertler out of his shares in the Congo mining interests in a deal widely reported in the media as the firm distancing itself from its controversial partner.

Gertler’s reputation was “already infamous” by the time Glencore began collaborating with him, Private Eye noted, citing, among other things, a 2001 United Nations expert report that had referred to his transactions in the diamond industry as a “nightmare” for the Congo government.

And Glencore secretly loaned Gertler $45 million after enlisting him to secure a mining agreement in Congo, according to 2017 reports by the Guardian and the International Consortium of Investigative Journalists that cited the Paradise Papers leak. Gertler was called in multiple times to deal with Congolese authorities over a mine stuck in negotiations over a joint-venture deal with a state-run mining firm; the deal went through in 2009 but Gertler kept an interest through the secret loan, which was repayable if the deal failed, the Guardian report said. The loan to Gertler was “made on commercial terms,” Glencore said at the time in response to ICIJ.

The Glencore mine in Congo is among the projects up for potential renegotiation as the current government reviews extractive deals made under Kabila, Bloomberg reported in April.