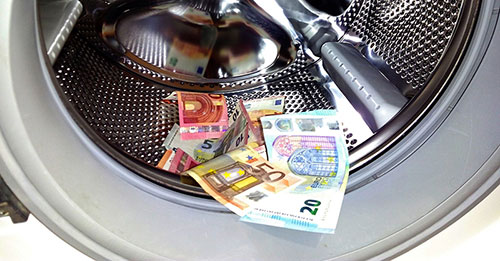 A former Barbados cabinet minister, sentenced in the US for laundering bribe money, gave a half-hour speech questioning his prosecution and asserting his innocence, but got a two-year prison sentence anyway.

Donville Inniss, a one-time Barbados minister of industry who now lives in Florida, was sentenced last week in New York federal court to a two-year prison term for laundering about $36,000 in bribe money through a friend's dental company on Long Island.

The unusual sentencing hearing — two other former high-level Barbados officials showed up to plead for mercy — underscored how US money laundering laws remain a wide-open backdoor avenue for prosecutors to target foreign officials.

Inniss gave a vociferous, unusually lengthy speech that alternated between a kind of contrition — he conceded that he had embarrassed Barbados — and implicit criticisms of the case against him. Inniss said he had never "knowingly" engaged in any corruption.

"I know what it is like to be a convict, immigrant, black and poor in the United States of America," he said. "I've felt it all."

The proceeding neatly encapsulated criticisms of expansive US views of its prosecutorial remit, and the US answer. Critics question whether the US Department of Justice should be busying itself policing corruption beyond US shores, while prosecutors and the broader legal system plow ahead doing so.

The presiding judge, US District Judge Kiyo Matsumoto, at one point suggested that Inniss' defense attorneys should write Congress if they are dissatisfied with how the law operates.

Money laundering laws have in recent years been a strong tool for US prosecutors to go after corrupt foreign officials, a group that Congress deliberately carved out of the Foreign Corrupt Practices Act.

Congress had reasons to avoid policing foreign politicians directly, among them the potential ramifications for foreign relations and the potential to criminalize foreigners for behavior that might be normal, if not legal, in their jurisdiction.

Inniss' sentencing highlighted both of those reasons.

Inniss himself noted that he was being charged for laundering money associated with a violation of a Barbados antibribery law that he said hasn't ever been used in a prosecution there. The law, the Prevention of Corruption Act of 1929, predates Barbados' independence from the UK and its current constitutional order by decades.

Barbados also has no laws governing the financing of political activities, Inniss said. He noted, too, that the company that paid him bribes, Insurance Corporation of Barbados, continues to do business with the country's government. That company, also called ICBL, avoided criminal charges by self-reporting its wrongdoing to US authorities.

In addition to Inniss' implicit criticism of the prosecution, Matsumoto was also treated to the unusual spectacle of two former high-level Barbadian officials pleading for clemency for the defendant. Guy Hewitt, a former Barbadian ambassador to the UK, vouched for Inniss, a longtime friend, saying he had no reason to think Inniss had ever been corrupt.

Adriel Brathwaite, a former attorney general for Barbados, made a lengthier plea. Brathwaite spoke of Inniss' "strength of character," his "integrity" and of the salutary effects of "second chances."

Brathwaite also made reference to his own ministerial role — he was in charge of the prison system — to argue that the US was going farther than Barbados itself might.

"If we were in Barbados for the same circumstances, it is most unlikely he would be given a custodial sentence," Brathwaite said.

That opining prompted an objection from prosecutors that it was improper for Brathwaite to offer his legal views.

In response, Matsumoto reminded Brathwaite he was in the US.

"I have great respect for your country," she said. "I don't mean to minimize it, but I'll be controlled by American law."

Matsumoto provided a more brusque response when Joel Hirschhorn, Inniss' lawyer, suggested that the case had relatively weak ties to the US and was brought over $36,000 or so. Hirschhorn had sought a sentence of probation.

"You're making arguments that are better addressed to Congress," Matsuomoto said. "There's no exception for a little bit of bribe money, sir. You can write your congressman to exclude all bribes under $36,000 if you think that's a travesty."

The dramatic expansion of US prosecutors' power to police money laundering came as a result of the Patriot Act, Matsumoto said.

Inniss is far from the first corrupt foreign official to face a US prosecution under money laundering laws, but the trend has grown in recent years. A Manhattan court convicted Mahmoud Thiam, a former Guinean minister of mines, for laundering bribe money received from a Chinese company. Thiam was sentenced in 2017 to a seven-year prison term.

Former Hong Kong cabinet member Chi Ping Patrick Ho was in 2019 sentenced to three years in prison for his central role in a Chinese conglomerate's scheme to bribe top officials in Chad and Uganda.

Inniss' sentencing — with its stark visual of a judge politely waving off two foreign officials while sitting upon a dais — underscored how muscular, and arguably indifferent to foreign affairs considerations, the US approach remains.

Inniss' lawyers have repeatedly questioned the logic of trying him stateside. They said last week that he will appeal his sentence, and Hirschhorn highlighted the case's arguable lack of a US "nexus" as an appellate issue.

The US Court of Appeals for the Second Circuit, which would hear any appeal, has in some white-collar cases shown a willingness to check prosecutors' impulses to police conduct that occurred largely abroad. For Inniss, though, it will likely be months or perhaps years before his lawyers can argue his assertions of prosecutorial overreach before appellate judges.