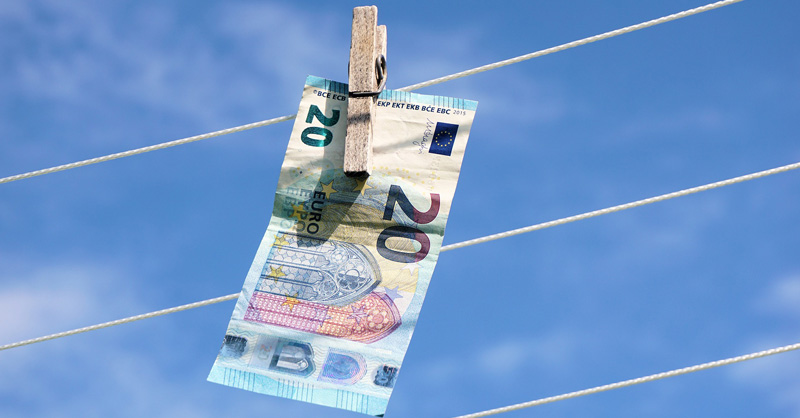 A new EU-wide money laundering watchdog will hold both supervisory and intelligence functions to fight illicit financial flows across the bloc by 2026, the bloc's financial services commissioner Mairead McGuinness has said.

Speaking at an online event* today, she said that “the new authority will be funded to a significant degree from fees from obliged entities, to avoid being an excessive burden on the EU budget.”

Plans to introduce a dedicated anti-money laundering regulator were announced by the European Commission in May 2020. The rulebook will be unveiled in July, McGuinness said.

“At the heart of our plans are more harmonized rules and a new anti-money laundering authority at EU level, ” she said today.

“Until now, the application of anti-money laundering rules has suffered from a lack of sufficient detail at EU level that has resulted in weak links across the internal market.”

National governments have previously called for direct supervision to focus on banks, payment institutions and bureaux de change, based on a risk assessment of their customer base, delivery channels and geographical exposure.

“Rules for the private sector will be laid down in a directly applicable EU regulation,” McGuinness said, adding that “more work is needed to improve the supervision and the coordination of Financial Intelligence Units."

A major part of the EU’s reform will be a new anti-money laundering authority, which is due to “get off the ground in 2024 … and start carrying out direct supervision in 2026,” McGuinness said.

As part of its role, it will be the “direct supervisor of certain financial sector entities which operate cross-border and are in the highest risk category.”

She did not specify which banks would be subject to supervision or required to pay a levy.

The authority will also act as a “coordinator and overseer of national supervisors for other entities, including — with a lighter touch — those outside the financial sector,” McGuinness said.

It will also provide support to national financial intelligence units, or FIUs, tasked with analyzing suspicious activity reports from the private sector.

“The authority will combine supervisory and FIU coordination tasks under one roof,” she said.

“That will help us get a better understanding of the risks facing the EU, so we have a full picture of the risks and the measures taken to address those risks,” she added.

“First, we plan to launch a consultation on information exchange and public-private partnerships very soon. The idea is that we will then publish guidance by the end of the year,” McGuinness said.

The bloc further seeks to strengthen its relationship with the Financial Action Task Force, or FATF, the intergovernmental policy-making body set up to combat global economic crime.

“We plan to deepen our involvement in FATF and step up EU coordination on global anti-money laundering issues,” McGuinness said.

“Third and finally, enforcement remains a top priority for us," she said. "A key priority is making sure that beneficial-ownership registers are up and running and fully populated.”

Beneficial-ownership registers list the details of individuals who own companies and their related assets. However, a historic lack of transparency and a failure to verify those operating within shell companies has enabled many to launder the proceeds of crime across multiple jurisdictions without scrutiny.

“We are promoting awareness of the importance of beneficial ownership among civil society … we are also working on the cross-border interconnection between national beneficial-ownership registers, which should start later this year,” McGuinness said.

“I genuinely believe that the work that we are doing now will lay solid foundations for a robust EU anti-money laundering and counter-terrorist financing regime that will stand the test of time.”