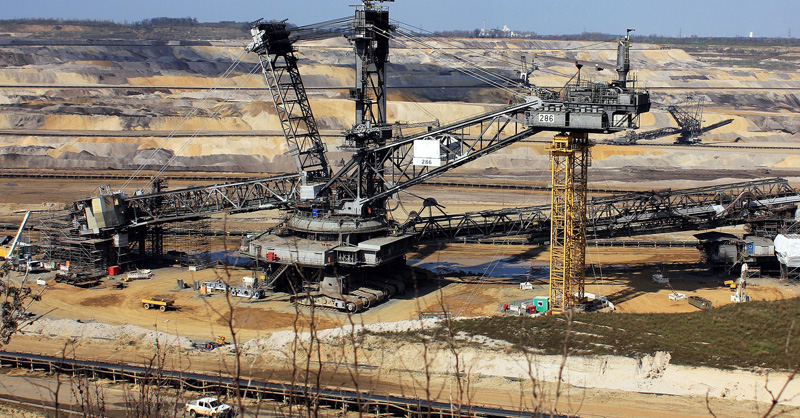 When lawyers for the UK arm of Eurasian Resources Group stand up at the High Court in London on Monday and kick off weeks of argument that the Serious Fraud Office owes the company tens of millions of pounds, it won't be just the money at stake.

The trial will make for another significant test of reputation for the embattled fraud prosecutor and has the potential to put a possibly lethal squeeze on the SFO's decade-long probe into the Kazakh mining company - one of its longest-running and most troublesome investigations.

Eurasian Natural Resources Corporation, or ENRC, opens its case on Monday against the SFO - as well as the company's onetime law firm Dechert and Neil Gerrard, a former senior partner at Dechert - in a trial expected to last 11 weeks.

Former agency directors Richard Alderman and David Green, plus former interim head Mark Thompson, will give evidence, with the trio expected to explain their actions in relation to the case during their tenures.

ENRC is claiming 70 million pounds ($100 million) in damages from the SFO linked to the ongoing corruption investigation, which focuses on suspected wrongdoing by the miner in Kazakhstan and in countries in Africa. No charges have been made against the company or its executives, in an investigation that began in 2011 and was publicly unveiled in 2013.

Dechert could potentially be on the hook for hundreds of millions of pounds if it loses its case, with ENRC likely to claim for reputational damage and other legal costs.

The case centers on ENRC’s claim that the prosecutor induced Dechert, and the now retired Gerrard, to act in breach of its fiduciary duty towards it. Gerrard leaked confidential information about ENRC to the SFO, the miner claims.

ENRC says Gerrard acted against its interests to help kickstart the SFO probe to generate large fees for himself and his firm. In an August 2011 meeting with consultants, Gerrard said he was in “rape mode” and wanted to “screw” ENRC for millions of pounds, the company claims.

The SFO, Dechert and Gerrard deny any wrongdoing. “We regard ENRC’s case as without merit and will robustly defend our actions,” the SFO has said. Gerrard is separately suing ENRC, claiming that it conducted an authorized spying campaign against him, which saw surveillance cameras set up opposite his property and operatives follow him and his wife abroad.

ENRC says that when the SFO began its probe in 2011, it was influenced by pressure to deliver a high-profile scalp in the wake of a series of setbacks, and this led it to target the miner. Gerrard and then-SFO head Alderman had unauthorized contact in the runup to the investigation beginning, it alleges.

The court will also hear evidence about a missing notebook belonging to a senior SFO investigator, which ENRC claims staff deliberately destroyed.

Whatever the merits of the claim, it can in the short term be expected to generate unwelcome headlines for the SFO at a time when it is under heavy pressure following a number of dropped investigations, as well as the collapse last month of its prosecution against two former Serco executives recently.

Looking ahead to the High Court's verdict, expected around the end of this year, defeat would inevitably put additional pressure on the SFO's probe.

The ENRC's civil claim and the SFO's criminal investigation are separate, so there would be no automatic requirement for the agency to drop it. But its director, Lisa Osofsky, would come under intense pressure to end it, and she would have to fight to keep it alive if she believes there is a strong case against the company or its executives.

On the flip side, an exoneration of the SFO and its methods in court may well give the agency impetus to finally bring charges against the company. It recently weathered a series of delays and difficulties to go forward with a prosecution of Airbus unit GPT Special Project Management, despite the company’s links to the UK government and its ties to Saudi defense contracts.

While the SFO has previously declined to comment on how it is funding the case, it does have the ability to ask the government for top up funding if expenditure on a case exceeds 2.5 million pounds. It’s unclear whether this has happened in this case.

If it does lose the case and ENRC is awarded the tens of millions of pounds it is asking for - plus a possible award of legal costs - then the SFO will have to go cap-in-hand to the government to fund any payout. That is an argument for another day, but it would intensify criticism of the agency.

The fraud prosecutor has had a number of legal scuffles with ENRC over the past few years in relation to the ongoing probe.

In one example, in September 2018 ENRC successfully appealed a High Court ruling over evidence access, which limited the SFO’s ability to access legally privileged documents linked to the case.

And last year, the SFO successfully prosecuted the daughter of ENRC co-founder Alexander Machkevitch, over her failure to disclose documents linked to the investigation.

Next week’s trial represents the most significant face-off yet in the chain of disputes - and the outcome should go a long way to deciding whether or not the SFO will ultimately end up laying corruption charges against ENRC in the criminal courts one day.