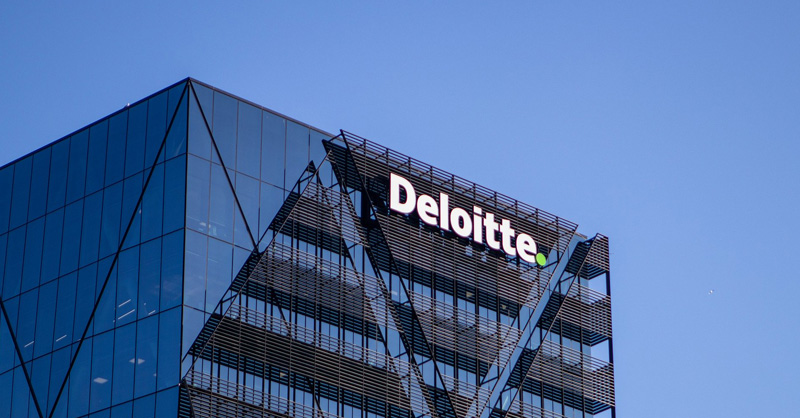 Deloitte executives reading newspaper headlines would be forgiven for finding more to grimace about there than in the multimillion-pound malpractice fine that the auditor picked up yesterday from the UK’s sector regulator.

Almost all focused on the fact that the Financial Reporting Council’s fine, of 15 million pounds ($19.4 million), was the biggest ever for one of the Big Four auditors, with one paper even cheekily congratulating Deloitte for stealing PwC’s spot at the top.

So far, so embarrassing. But another reason for long faces — besides the fine amount, which will be unlikely to discomfit the audit giant unduly — was that it appears to be the result of a gamble that failed spectacularly.

That gamble was Deloitte’s decision not to cooperate with the FRC investigation into its “serious and serial” failures of its auditing of UK tech company Autonomy more than a decade ago, and its insistence on fighting the regulator’s proposed sanction at a tribunal, hoping to get the fine slashed.

It failed to persuade the tribunal that it deserved any kind of leniency, and ended up with the highest level of fine that the FRC had originally floated, plus a costs bill from the regulator of 5.6 million pounds, just to add insult to injury.

The episode should make auditors in the watchdog’s sights think twice in future before deciding to withhold cooperation and then fight the resulting fine.

Deloitte’s fine was imposed for botching audits of Autonomy prior to the software company’s sale to Hewlett-Packard for $11.1 billion in October 2011.

Deloitte completed audits of Autonomy between January 2009 and June 2011, but just a year after its takeover, HP was forced to publicly write down its value by $8.8 billion, blaming accounting improprieties. HP subsequently launched the UK’s largest-ever civil fraud trial against Autonomy, alleging that it falsely inflated its revenue figures. A judgment is still pending.

The FRC launched an investigation into Deloitte in January 2013 and had drafted a sanction by mid-2018, when it revealed the case would go to an independent tribunal for thrashing out.

That course of action meant that Deloitte would have known that it faced a top-end fine of 15 million pounds, but refused to settle with the FRC. MLex understands that Deloitte rejected the watchdog’s offer of a significantly discounted settlement and chose to fight on all fronts.

Its tactic was to argue to the tribunal that its conduct wasn’t deserving of a large fine and persuade the panel to reduce its fine.

At the hearing in early July this year, Deloitte’s lawyer did indeed ask for a more modest fine “in the region of 7 million pounds,” saying it would be “silly” to think this wouldn't be enough to have a deterrent effect. “The misconduct in this case concerned about 10 years ago … the world has moved on and everybody appreciates that the world has moved on,” he added.

Despite what the FRC called the “lengthy, fully contested proceedings” of the tribunal, Deloitte’s plea fell on deaf ears and now it has a 21.6 million-pound bill to show for it.

The FRC scolded the auditor, saying that the record-breaking penalty reflected “the gravity and extent of the failings by Deloitte and two of its former partners in discharging their public-interest duty concerning Autonomy’s audits”.

On Deloitte’s former engagement partners, Richard Knights and Nigel Mercer, it said they failed to “act with integrity, objectivity, skepticism and professional competence.” They were fined 500,000 pounds and 250,000 pounds respectively, the regulator confirmed.

Deloitte yesterday expressed “regret” over the tribunal’s ruling, but it has confirmed to MLex that it won’t appeal.

Deloitte’s experience appears to show that fighting the FRC won’t get you anywhere. But it is just part of a landscape in which auditors have attracted much criticism and investigation in recent years, for poor audit practices and conflicts of interest between firms’ audit and consulting arms.

An increasingly tough line and wide-ranging reforms have been on the agenda in the UK for years following the collapse of high-profile companies — such as Carillion, Patisserie Valerie and BHS — whose ill health was largely missed by their auditors.

Audit quality and conduct are top of the agenda, and change is on the way: The Big Four of Deloitte, EY, KPMG and PwC were told by the FRC earlier this year to outline plans to separate their audit divisions from other activities by Oct. 23, with the changes to take full effect in June 2024.

Operational separation of audit practices, one of the key outcomes of reviews undertaken of the sector following company failures, is designed to combat the growing perception that audit standards can suffer when the firms responsible have lucrative consultancy contracts with the companies they audit.

Change may be on the way, but the skeletons in auditors’ closets are still around to haunt them. More investigations of large firms are likely to come, and as Deloitte has found, it might pay in the end to cooperate and move on.