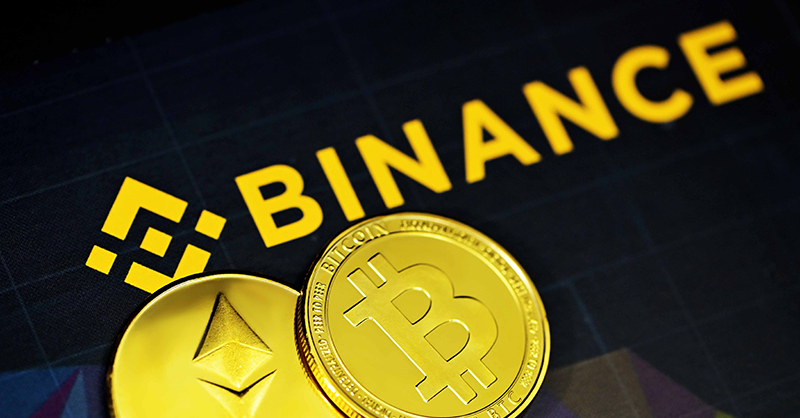 Binance, the world’s largest crypto exchange, has written to lawmakers in the UK to assure them it was not responsible for the downfall of its rival FTX.

Financial irregularities and possible fraud at FTX were behind its collapse, Binance said, and a tweet from Binance’s chief executive about offloading his company’s holding in the now bankrupt exchange’s coin, FTT, wasn't to blame.

FTX has filed for bankruptcy, having put a block on customer withdrawals last week after more than $6 billion was taken out of the exchange. It has since emerged that Alameda Research, a fund that was part of the FTX group, was using customer funds from the exchange for trading and to service debt obligations.

A tweet by Binance’s CEO Changpeng "CZ" Zhao fairly early on in this series of events has been held partly responsible for what happened next. On Nov. 6, Zhao tweeted to his nearly 8 million followers that he had decided to liquidate any remaining FTT on his books due to “recent revelations.”

He was referring to a report published by cryptoasset publication CoinDesk four days earlier that said the single largest asset on Alameda’s balance sheet was FTT. The tweet arguably prompted the unsustainable withdrawals that led to the coin losing almost all of its value.

In its letter to members of the UK Parliament's Treasury Committee, which scrutinizes finance ministry policy, Binance said that wasn’t the intention. Rather, Zhao had sought to provide “transparency” after Whale Alert, a blockchain tracker and analytics system, had picked up and reported over Twitter that Binance had transferred FTT coins worth over half a billion dollars out of FTX.

“In order to provide clarity in relation to the above speculation and in the interests of being fully transparent with the community, Binance’s CEO publicly announced (via Twitter) the following day Binance’s decision to liquidate the remaining FTT on its books,” Binance said.

“It is clear … that the causes of the collapse of FTX were the financial irregularities and possible fraud initially reported in the CoinDesk article ... It was this which prompted Binance, as a holder of FTT, to take the decision to liquidate its remaining holding of FTT in order to reduce its financial exposure to a discredited asset.”

Binance was asked to write to the committee following a hearing earlier in the week when Daniel Trinder, vice president of government affairs at Binance, was questioned about the events that led to FTX’s collapse.

A spokesman for the committee told MLex the lawmakers are considering their next steps. The committee has to be careful in considering whether to question Binance again not to prejudice criminal investigations, wherever they are occurring, he said.

In its letter, Binance also responded to the committee’s concern that it had partnered with online payments company Paysafe to circumvent regulations in the UK.

Under that agreement, Paysafe, authorized in Ireland, provides payment processing services and Skrill, authorized by the UK’s Financial Conduct Authority, provides fiat currency wallet services to Binance in respect of its UK users.

Binance said any UK firm providing cryptoassets services in the UK would need to partner with a third-party electronic money institution, or EMI, license holder to enable the provision of fiat payment or wallet services to UK users, unless they also held an EMI license, “which most do not.”

“Therefore, Binance’s partnership with Paysafe is by no means an attempt to circumvent UK regulation. On the contrary … Binance is proud to partner with Paysafe to ensure that the Fiat Payment/Wallet Services, which are integral to its services for UK users, adhere to the highest regulatory standards in the EEA and the UK,” it said.

It disclosed that it had been engaged in a dialogue with the FCA for more than a year with a view to being registered in the UK for anti-money laundering purposes, a requirement for cryptoasset firms that wish to be based in the UK.