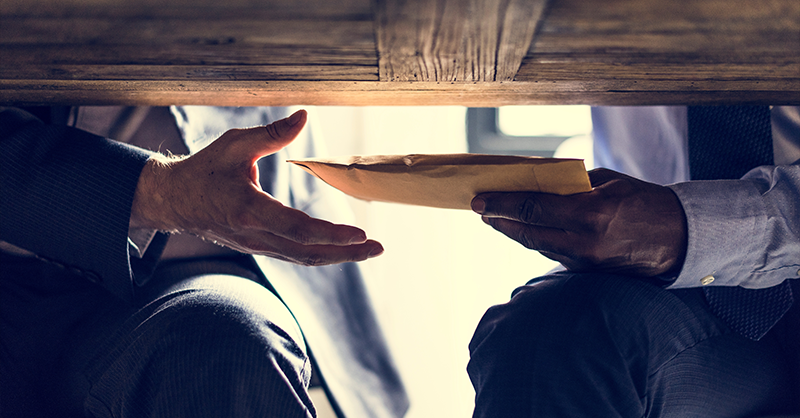 A recent case involving contractors to a company bottling drinks for Coca-Cola gives a rare real-life example of how a business that ignores the UK Bribery Act may end up punished in court.

Earlier this month, fines totaling 640,000 pounds ($800,000) were meted out for failures under Section 7 of the Bribery Act to three UK companies that had pleaded guilty to bribery offenses: Boulting Group, Tritec Systems and Electron Systems.

These offenses were linked to the actions of a former manager in the electrical and automation division of another company, Coca-Cola Enterprises UK. Neil Corry, 56, admitted receiving more than 1 million pounds in bribes in return for pushing large volumes of work to the three companies between 2004 and 2013. He, along with two men linked to the three contracting companies, received suspended prison sentences.

Since the Bribery Act came into force in 2011, few Section 7 cases against firms have reached the courts, and only one — involving Skansen Interiors, a small refurbisher — was contested. The conviction last year of Petrofac, which was ordered to pay more than $100 million in fines and restitution, was significant in terms of its magnitude.

Court documents demonstrate the nature of the companies' offenses. Boulting failed to establish the appropriate checks to make it difficult for employees to offer financial inducements in return for work. When the Bribery Act came into force in July 2011, the company should have revisited and reviewed the payments made to Corry many years previously.

Prosecutors said that while the company had a business ethics policy in place, sections of it, including the part related to gifts and entertainment, were simply rehashed versions of a document published a couple of years earlier.

“It is important to note that, whilst the company had policies on its intranet, it only paid lip service to them and failed to put in place means by which bribery would be uncovered. It failed to provide training of its employees in relation, for example, to what bribery was and how to recognize it,” prosecutors said.

Boulting did, as required, have a register setting out people whom the company had provided with gifts and entertainment, but there were no entries for more than two years until October 2013. That situation was made worse as the finance director in charge of it was approving numerous payments to Corry, including trips to football matches and concerts.

“This went well beyond basic hospitality. Meanwhile, [the finance director] continued to sanction payments to Mr Corry on behalf of Boulting for years after the introduction of the act," the court document said.

Boulting introduced a raft of measures to prevent bribery after the scheme was uncovered, but these steps only highlighted the company’s previous complete failures in that area.

In 2014 the company put in place an e-learning course for its 350 staff on bribery and corruption. It also established a rule to ensure that payments over 30,000 pounds needed the approval of two senior executives.

The failings at Tritec Systems and Electron Systems, both smaller companies, were similar. “Neither Tritec Systems nor Electron had any anti-bribery policies in place and the introduction of the Bribery Act 2010 failed to have any impact. The reality was Mr Haines controlled both companies, and it was he who was at the center of the bribes,” prosecutors said.

Given the guilty pleas, the case offers little insight into how companies might contest a Section 7 prosecution. But it does give an informative demonstration of how companies that fail to prevent bribery face significant risk.