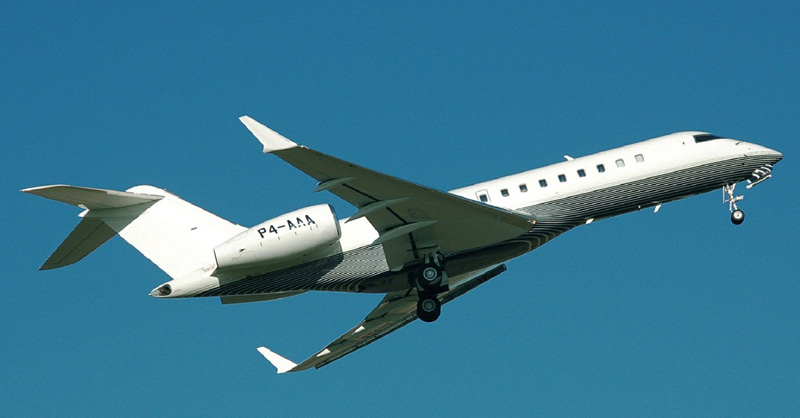 Canada’s export credit agency, Export Development Canada, provided a credit facility of up to $135 million to help finance a deal where Bombardier allegedly paid bribes to win business in Indonesia.

The former CEO of Garuda Indonesia, Emirsyah Satar, was convicted of corruption in May in Indonesia for receiving bribes from Bombardier in relation to a deal in 2012 for Garuda to buy six Bombardier CRJ1000 aircraft.

The UK Serious Fraud Office confirmed last week that it is now conducting a corruption investigation into Bombardier over the allegations.

The deal for the six planes was valued at approximately $297 million but could rise to as much as $1.32 billion if Garuda decided to purchase an additional 12 aircraft, according to a Bombardier press release announcing the deal on Feb. 15, 2012.

On July 27, 2012, Garuda obtained a credit facility from Export Development Canada, or EDC, with a maximum credit of $135 million, according to Garuda’s 2013 Annual Report.

But court documents related to the conviction of Satar and the middleman that handled the bribes, Soetikno Soedarjo, raise questions about the extent of EDC’s involvement in the deal and the quality of any anti-corruption checks that it carried out before providing financial support.

Court rulings from the Jakarta High Court on Satar and Soedarjo’s corruption convictions suggest that EDC was aware of a potential deal between Bombardier and Garuda before it was agreed.

After Satar leaked company plans that Garuda was looking to buy several smaller planes to Soedarjo, Soedarjo set up a Hong Kong company called Hollingworth Management International, or HMI, with businessman Bernard Duc. On May 11, 2011, HMI signed a "sales representative agreement" with Bombardier in relation to the potential sale of Bombardier Aircraft to Garuda.

Trung Ngo, then vice president marketing and communications for Bombardier Regional Aircraft, appears to have been Hollingworth’s point of contact at Bombardier, according to the court rulings.

The court rulings state that Ngo told Duc in an email that Garuda’s CEO would need to fly to Ottawa to meet EDC officials as part of a potential loan application for Garuda to buy the planes from Bombardier.

“Bernard, based on our discussion with EDC management, a visit by Pak Emir to meet EDC in Ottawa is required in order for them to proceed with reviewing the CRJ loan application for Garuda. Bombardier Sr. Management has met EDC to brief them on the importance we attach to the Garuda transaction. We have a business aircraft on stand-by to take Pak Emir from Seattle to Ottawa and back at the most convenient time for him. Thanks for sharing this information with Pak Emir," Ngo said in the email to Duc according to the court rulings.

“Pak” is an Indonesia honorific that means “Sir” and “Emir” is short for “Emirsyah.”

The court rulings don’t say exactly when the email was sent. But the rulings indicate that it was sent sometime between July and September 2011, which was before Garuda had established a selection team to decide whether to recommend that the company should buy either Embraer E-190 or Bombardier CRJ1000 aircraft.

Ngo and Duc haven’t been charged in Indonesia with any offenses in relation to the deal.

It is unknown if or when Satar flew out to meet with EDC officials.

News of EDC’s involvement in the Garuda deal also raises questions about whether they knew about the alleged corruption when they commissioned a review of Bombardier’s anti-corruption compliance controls last year.

In a press release on August 1, 2019, EDC said that it would conduct a review of Bombardier’s compliance policies and procedures after it said it was “concerned” about allegations contained in a leaked copy of the preliminary findings from the World Bank’s ongoing investigation into allegations of corruption in Bombardier Transportation’s 2013 contract with Azerbaijan Railways reported by Canadian newspaper The Globe and Mail. The deal was partly funded by the World Bank.

According to the report on the preliminary findings, the World Bank alleged that Bombardier tried to obstruct its investigation.

Bombardier rejected this allegation at the time the report came out in May 2019, and added that the corruption allegations had already been adjudicated in Sweden, where one of its employees was acquitted on bribery charges in relation to the Azerbaijan deal.

Bombardier, however, is still under investigation in Sweden in relation to the Azerbaijan deal.

Following the review, EDC said in a press release on Feb. 13 this year that the company was “moving in the right direction” and that it was “working towards having a best-in-class program,” as well as identifying some areas for improvement.

It is unknown whether EDC and McCarthy Tétrault became aware of suspected corruption in the Garuda deal when the firm conducted the review.

Bombardier previously said that it was aware of the allegations in Indonesia back in August 2019, shortly after EDC announced it would review its compliance systems.