Australia is failing to regulate the ‘professional enablers’ of financial crime 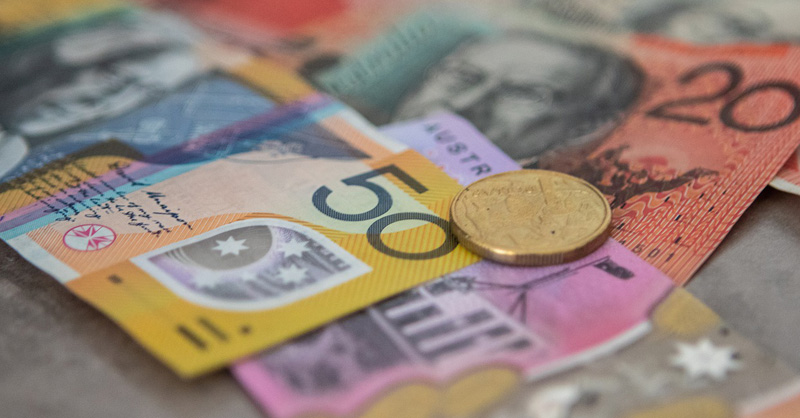 Australia has failed to bring lawyers, accountants, real estate agents and trust and company service providers under the country’s anti-money laundering law despite promising to do so back in 2006.

Although there have been chances since then to apply anti-money laundering regulations to the so-called “professional enablers” of financial crime, opposition from some of these sectors and a lack of political will from successive governments has meant that no progress has been made in rectifying this blind spot in the country’s money-laundering defenses.

A looming review by the world’s anti-money laundering standards-setter, the Financial Action Task Force, will likely highlight this gap again if the government fails to act.

Reforms, aimed at regulating lawyers, accountants, real estate agents, and trust and company service providers were promised back in 2006 when the country’s anti-money laundering law was introduced.

The reforms targeting these sectors were put forward in the explanatory memorandum to the 2006 law, where the government said the sectors would eventually be regulated as part of a “second tranche” of reforms. Proposals to regulate these sectors have since become colloquially known as the “Tranche two” reforms.

“Tranche two reform was initially pushed back due to the global financial crisis, however it has continued to be delayed due to differing legislative priorities, of both liberal and conservative governments, and resistance from elements of the relevant professions,” said Mark Pulvirenti, a senior managing director for FTI Consulting in Australia, who specializes in financial crime investigations and compliance.

A broad review by the Financial Action Task Force, or FATF, in 2015 found Australia to be non-complaint on regulating these sectors, also known as the designated non-financial businesses and professions, or DNFBPs.

A statutory review of the country’s anti-money laundering law in 2016 highlighted the roles of these sectors in the criminal exploitation of the financial system, and said that models for regulating DNFBPs should be developed in consultation with the relevant industries.

Although an industry consultation on this exact recommendation immediately followed, closing in January 2017, no draft legislation has been put forward.

A follow-up report by FATF in November 2018 on the country’s progress, again ranked the country as non-compliant on regulating these sectors, despite some improvements in other areas.

This issue, however, reared its head late last year during the passage of the Anti-Money Laundering and Counter-Terrorism Financing and Other Legislation Amendment Bill 2019, which was eventually passed in December.

Nick McKim, a lawmaker for the Australian Greens, proposed an amendment to the bill which would force DNFBPs to comply with the obligations set out in the anti-money laundering law, including carrying out customer due diligence and reporting suspicious financial transactions to the country’s anti-money laundering agency, known as Austrac.

But the amendment was rejected by lawmakers from both the ruling Liberal Party and opposition Labor Party when put to a vote.

Some of the key sectors targeted under Tranche two have also resisted further regulation.

The Law Council of Australia told MLex that while it is committed to helping the legal community tackle money laundering, it is opposed to further regulation.

“The legal profession is already extensively regulated, in a way that is appropriate for the unique and important relationship between a client and their lawyer. Any additional regulation of Australian legal practitioners is unnecessary, and the Law Council of Australia considers that any suggestion that the existing AML regime be extended to the legal profession to be inappropriate,” Jacoba Brasch, President of the Law Council of Australia, told MLex in response to emailed questions.

“There is also a concern that the regime that currently applies to the banks has not been demonstrated to be effective or shown that there has been a decline in the level of money-laundering or counterterrorism financing,” Brasch added.

Pulvirenti said, however, the issue of confidentiality has been addressed in many other countries, and other industries have been able to manage similar duties. “Banks and other financial institutions are subject to the full range of AML/CTF obligations and have developed systems that enable them to comply with their reporting obligations with minimal impact on client confidentiality,” he said.

Interestingly, a spokesman for the Australian Banking Association confirmed that it is still supports implementing the Tranche two reforms, as it did during the industry consultation in 2017.

The Real Estate Institute of Australia, or REIA, told MLex that it while it supports “progressive changes” Australia’s anti-money laundering framework, it also didn’t support this proposal.

“99 percent of agencies are small businesses and any suspected money laundering, just as the case is in the USA, is likely to be limited to a small number of locations. The majority of agents across Australia are not likely to ever encounter suspect buyers,” the REIA said in response to emailed questions.

“The Australian Government understands this and did not want to impose unnecessary regulatory burden on agents. REIA has welcomed this continued position,” the group said.

The REIA said it will only support changes to the anti-money laundering regime for real estate agents if several specific requirements are met.

The OECD warned Australia in 2017 that it should take steps to address the risk that the proceeds of foreign bribery will be laundered through the country’s property sector.

The Chartered Accountants Australia and New Zealand, however, said that it supports the extension of the anti-money laundering legislation to accountants, as it did when the industry consultation took place.

“We support the extension of the AML/CTF Act to cover the accounting profession as this is in the public interest, however the regulation would need to ensure any additional compliance is proportionate to the associated AML/CTF risk,” a spokeswoman for the body told MLex.

But the spokeswoman added that “over half of accounting practices are sole practitioners, which means it is critical we think about the impact this will have and mitigate the compliance burden.”

It is worth noting, however, that many large global law firms and big accounting firms operating in Australia will likely be carrying out some level of customer due diligence already because they are required to comply with similar existing regulations in other jurisdictions.

Experts are arguing that the government must stop dragging its heels on this issue.

“The fact is that the government has had draft legislation ready for a while but is concerned about powerful lobby groups who oppose such changes,” Russell Wilson, former General Counsel for Austrac, told MLex. “The [Australian Labor Party] is also not immune to such pressures,” said Wilson, who is currently also a Non-Executive Director at Transparency International Australia. "In order to pass Tranche two into law the government would prefer to have the support of peak industry bodies such as the Law Council of Australia,” Wilson added.

“It's been clear for quite a long time that there is low political appetite to directly tackle the other AML gatekeeper industries, including as a result of some very embarrassing attitudes on the part of sections of the legal profession here,” A. J. Brown, a professor at Griffith University, said.

“There remain valid questions all around the world about how to tailor this kind of regulation to make it most efficient and effective, but this doesn't obviate the need to get on with it,” said Brown, who is a professor of public policy and law specializing in public integrity and anti-corruption issues.

“With even the US finally moving to end the creation of anonymous shell companies it makes Australia's heel-dragging on these kinds of reforms all the more embarrassing,” said Brown.

For now, it seems there are no immediate plans to push ahead with such reforms.

“I no longer put timetables on when Tranche two might pass,” Peter Forwood, the head of PricewaterhouseCoopers financial crime practice in Australia, said during a recent webinar.

“Austrac and Home Affairs are working closely on improving Australia’s AML/CTF regime, by progressively implementing the recommendations of the 2016 statutory review. Any potential future reforms will be reviewed in a careful and considered way and industry will be fully consulted,”  a spokeswoman for Austrac said. The Department of Home Affairs made an almost identical statement in response to questions from MLex.

Australia was scheduled to have another follow-up assessment in 2019, but these assessments were paused by FATF amid a strategic review of its own processes.

“The next mutual evaluation of Australia will take place in the next cycle of assessments, but at this stage, we cannot provide any further information about when this will happen,” a FATF spokeswoman said.

However, given that Australia hasn’t made any changes following FATF’s comments on this issue in 2015, and was ranked non-compliant again on this point by FATF in 2018, it is unclear whether another slap-on-the-wrist warning by FATF will push the Australian government to make any changes.