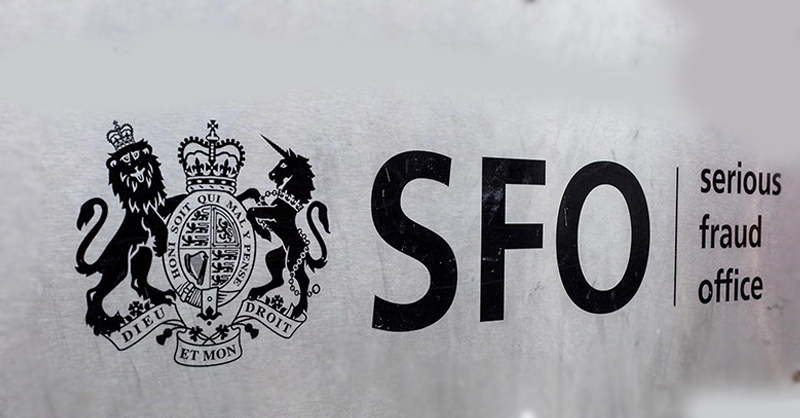 The failure to charge individuals linked to Amec Foster Wheeler Energy following widespread bribery in multiple countries has been thrown into the spotlight following the release of further details of the misconduct.

That agreement saw the company, under its parent Wood Group, accept responsibility for bribery offenses in a raft of jurisdictions including Brazil, India, Malaysia, Nigeria and Saudi Arabia, between 1996 and 2014.

Precise details of the wrongdoing were kept under wraps at the time as the SFO was still investigating individuals linked to the misconduct. However, the SFO said in October that it dropped that probe, saying it wasn’t in the public interest to pursue it, and that any prosecution wouldn’t meet the high bar needed to charge individuals.

The release of the “statement of facts” last week sets out tales of egregious wrongdoing by individuals linked to the company, and raises questions about why the SFO felt it couldn’t successfully prosecute executives.

Although no names are disclosed, the document sets out instances where senior employees, under the supervision of directors in Reading, established intricate schemes to channel bribes to officials using agents and frequently recorded the payments as consultancy fees or other corporate expenses.

Foster Wheeler used agents in Nigeria “to use their influence to expedite payments,” which meant bribing officials to ensure they were paid on overdue invoices for services carried out between 1996 and 2004.

Bribes were paid to officials at the Nigerian National Petroleum Corporation, the Eleme Petrochemical Company Limited, or EPCL, and the Central Bank of Nigeria, the SFO said.

The agent would receive 10 percent of the value of the payments made to Foster Wheeler. At the time, the company was invoicing the Nigerian petrol company and EPCL at around $500,000 a month.

In one email, an employee asked another, “As many of our Nigerian friends were expecting a visit from Santa Claus during October, do you have any suggestion as to what we can use to fill their Christmas stockings during my forthcoming trip?”

Later payments were channeled via another individual on the board of EPCL who could do the “usual ‘hand shaking’ … on a more competitive basis,” an employee said.

Bribes were also funneled to the Nigerian police to settle what appears to have been an unexplained tax demand as well as a fraud allegation after a Foster Wheeler employee was threatened with detention at the police station and later released on bail.

The company was initially asked to make a payment of 23 million Nigerian naira ($55,000 today), which later became 61.5 million naira, to settle the tax demand. Minutes of a company meeting show a discussion around a figure of 100,000 pounds of which “half = police bribe.”

Ultimately the company settled the dispute with bank drafts to Nigeria’s tax department totaling 9.7 million naira, and more than 3 million naira in cash. In return, tax clearance certificates were issued together with a letter from the police that the company had been cleared of fraud.

In Saudi Arabia, Foster Wheeler used agents to bribe officials in the Labor Office to get visas processed more quickly and circumvent a requirement for a specified number of locals to be employed on a particular project.

In one instance, a Foster Wheeler manager sent the following email to a colleague: “I have NO INTENTION of staying in Saudi any longer without a work visa. This has gone on far to [sic] long … our client tells me that if the application has gone to Riyadh it will just not move unless it is progressed by the company and the wheels greased or an agent is appointed to process it.”

An agent was subsequently appointed, and Foster Wheeler got the blocked visas granted. In total, 403,000 Saudi riyals ($107,000) was paid to the agent to secure the visas, the SFO said.

In Malaysia, the company hired two agents to channel bribes to officials at the state-owned oil and gas company Petronas. Although the agents were ostensibly hired to provide consultancy services, those agreements “were sham vehicles for the payment of bribes through the agents to one or more Petronas officials,” according to the SFO.

However, a dispute arose when the manager of the two agents kept the intended bribe money for himself, resulting in emails between Foster Wheeler executives about how to resolve the issue of the “blocked pipeline,” which was causing “business winning problems.”

A law firm hired by the company concluded that “the cumulative total of payments to Malaysian officials may exceed $20 million”.

In India, the company also used agents to bribe officials in the Indian Oil Corporation to retain contracts. The agents were paid 1.5 million pounds, the SFO said, with limited evidence of any legitimate work.

The document also shows that on four occasions between 2007 and 2010, Foster Wheeler executives employed an external law firm to investigate claims that senior employees had engaged in corruption and covered it up.

“Despite these investigations uncovering evidence that [Foster Wheeler] senior employees and directors may have violated applicable laws relating to bribery and appropriate record keeping, the Foster Wheeler Group did not report the outcome of these investigations to authorities in any jurisdiction, including the UK, at the time,” the report said.

This failure to report wrongdoing calls into question the SFO’s decision to hand Foster Wheeler a DPA when it clearly wasn’t disclosing known wrongdoing.

The case is the latest where the fraud agency has taken action against a company in the form of a DPA and subsequently not secured convictions against individuals. DPAs involving Rolls-Royce and Airbus saw no action taken against individuals, while criminal cases against individuals linked to Tesco and Serco, which both signed DPAs collapsed, with former executives walking free from court.

No one has been successfully prosecuted in the UK following a DPA struck with a linked company. This latest failure to do so, despite apparent damning evidence, sends another poor message about the UK’s ability to tackle individual culpability effectively.