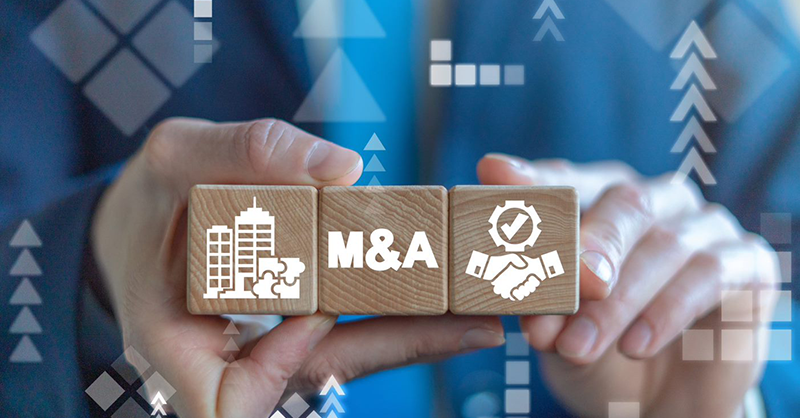 Merger control doesn't usually involve matters of life and death — despite some dealmakers’ dramatic posturing — so pity the EU regulators grappling with the Illumina-Grail deal.

On one hand, they’ve got a powerful company promising to speed an innovative, life-saving cancer test onto the EU market, perhaps years earlier than could otherwise be achieved. On the other, they’ve got voices saying the deal risks establishing a monopoly in this new segment and freezing future innovation in the fight against cancer.

Should the European Commission take the proverbial bird in the hand, or hold out for unknown future discoveries?

Gene-sequencing company Illumina has agreed to buy Grail, a small Californian start-up with a particularly promising blood test on its hands called Galleri.

Galleri detects distinct patterns in fragments of DNA that signal the presence of particular cancers, even before the onset of any symptoms. The technology is still being tested, but Grail says an earlier version was able to detect more than 50 cancer types, 45 of which currently have no other screening test.

When it comes to cancer, early detection is perhaps the most powerful weapon medicine has to offer. The prospect of a simple blood test that could do that is electrifying.

Grail is a relatively small company with only around 600 employees. For now, it is focusing on the US and, to a lesser extent, the UK market. Just last month, it launched Galleri commercially in the US for those who can pay out of their own pocket. It has not yet been approved by the US Food and Drug Administration.

At the end of November last year, Grail announced a commercial partnership with the UK's National Health Service to run a large-scale trial of Galleri, with the hopes of launching the test in the UK in 2023.

Continental Europe is not yet in Grail’s sights. It is not trialing Galleri there, nor does it have any activities in the European Economic Area — which is why the EU’s review of the deal is itself controversial.

Already, Grail has argued that it needs Illumina’s help to get Galleri through the regulatory process in the US. Tackling the EEA is an even more daunting prospect. As well as approval from the European Medicines Agency, it has to get reimbursement authorizations from some 30 national health authorities. That’s beyond its capacities, Grail says.

Illumina — with its global scale of manufacturing and clinical capabilities, as well as its global regulatory and reimbursement expertise — says it would make it happen, and fast.

In his estimation, allowing Illumina to take over Grail will “accelerate availability of the Grail test by four to five years in the EEA.”

That is a fairly convincing argument that the EU regulators should stand aside and let the life-saving work proceed. But taking a longer view, they might equally fear allowing a structural change to the market that could dampen future innovation.

Illumina says Galleri is the only test of its kind close to market, as nothing else like it is in clinical trials. That argument cuts both ways with merger regulators, though: Being the only player in the market is another way of saying “monopoly.”

Grail’s arrival on the market could light a fire under other competitors, spurring them to develop other, perhaps better tests. But they might be handicapped if Grail is merged with Illumina, since the latter owns another key part of the equation: its gene-sequencing technology. This is the core of the US Federal Trade Commission’s bid to block the deal.

There, competitors have told the FTC that they are concerned the merger will limit their access to Illumina’s industry-leading gene sequencers and that Illumina will be less committed to helping them get FDA approval for their future discoveries that might compete with Galleri.

The EU regulator is also concerned about how having Grail on board might affect Illumina’s willingness to work with potential competitors. In a questionnaire, it asked companies whether there are credible alternative providers of the DNA-sequencing technology that Illumina possesses.

How to balance that against the immediate harm of slowing Galleri’s route to European markets, as Illumina claims would result from the merger being blocked?

Opponents say other paths are available. Grail will certainly need help getting Galleri approved in the EEA, but Illumina isn’t the only one that can provide it. There’s no shortage of capital in biotech markets, and Grail could find a more neutral partner, they say.

Grail doesn’t seem to be interested in finding an alternative buyer: It has already filed the paperwork for an IPO with the US securities authority in case the Illumina deal falls through.

No matter, deal opponents say: A public listing would also give Grail enough resources to tackle Europe. For instance, it could sign a co-marketing or distribution agreement with a company with established distribution networks in Europe, experienced in getting through clinical trials and obtaining EMA approvals.

Or Grail might sign a licensing agreement with a major drugmaker — think Novartis or GlaxoSmithKline. A big pharmaceutical company would have the resources and the experience to get the job done.

In other words, it’s not a case of Illumina or nothing. It isn't difficult to see a world where Galleri is available to patients in the EEA and the European Commission has preserved a competitive market, either by blocking the deal or imposing commitments on Illumina.

It just might take longer to come about than the more straightforward route to market offered by Illumina — perhaps years longer, with life-and-death consequences for European cancer patients. That’s what the commission must weigh up as it reviews the deal.