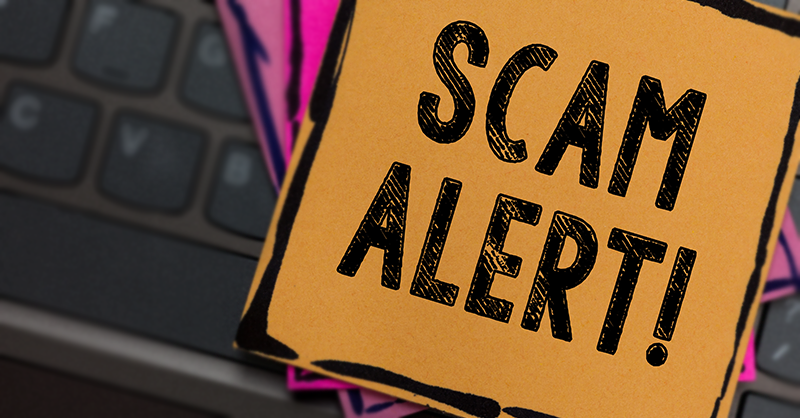 Google, Meta and other tech giants will be legally responsible for scam ads placed on their sites as the UK government announced today that it would heed months of calls to amend its online safety law.

A new legal requirement will be added to the UK’s draft Online Safety Bill, obliging the largest social media platforms and search engines to prevent fraudulent promotions from appearing on their sites. They face multimillion-pound fines or a block on their services if they breach the new laws.

The government made the announcement today. This followed countless calls, not only from consumer organizations and the UK’s financial services regulator to make tech companies legally responsible for the ads on their platforms, but also calls from banks, lawmakers and even celebrities.

The draft of the law disappointed campaigners when it was published in May 2021 but excluded the issue of financial crime. Lawmakers have been particularly unimpressed by its exclusion and the continued opposition by tech giants to amending the draft law, as they argue they are taking their own steps to tighten anti-fraud measures.

Lawmakers in two UK parliamentary committees have been visibly angry at representatives from companies — including Facebook's parent Meta, TikTok and Google — for prioritizing profit received from advertisements over checking the content of those promotions for potential fraud.

Leading parliamentarians have also called for the tech companies to refund scam victims for any losses — as well as reimburse the Financial Conduct Authority for the 1.2 million pounds ($1.6 million) it has spent to run advertisements on online platforms alongside the fraudulent ones to warn consumers of risks.

Although refunds for the British public aren't on the cards, the government said today that effectively any profit the tech companies receive for content will have to be assessed for potential scams. This includes ads containing financial promotions, fraudsters impersonating legitimate businesses, and fake companies. It also includes social media posts from users who have paid to have their content promoted more widely.

While the exact wording of the law isn't yet known, the government said in its announcement that companies will need to put in place “proportionate systems” to prevent — or minimize, in the case of search engines — the publication of scam ads, and remove them if they are made aware of it.

UK communications regulator Ofcom will provide further details on how the platforms can fulfill their new duty in codes of practice. This would include measures such as requiring companies to scan for scam adverts before they go live, checking the identity of promoters, or ensuring that only firms authorized by the FCA can upload financial promotions.

As is the case for breaches of other parts of the online bill, Ofcom will be able to hold companies to account by blocking their services in the UK, or by issuing fines of up to 18 million pounds or 10 percent of annual revenue.

The change to the law will likely be welcome news to consumer campaigners and banks, which had taken umbrage with online companies’ ability to host scam ads without legal repercussions, while lenders often voluntarily refund their customers who have experienced fraud.

Martin Lewis, consumer campaigner and founder of MoneySavingExpert, had made repeated calls to the government to change its draft law. He said today that he is “thankful” the government has listened.

The change to the law was looking increasingly likely in recent months, with junior tech minister Chris Philp saying in January that including economic crime in the bill was an issue that had been “loudly heard” by the government. UK culture minister Nadine Dorries reiterated that message in today’s announcement, noting the government has “heard the calls to strengthen our new Internet safety laws.”

Separately, the government also opened today a wider consultation to strengthen rules around online advertising, not just relating to economic crime. Harmful or misleading adverts, including those promoting negative body images or illegal activities, could be subject to tougher sanctions under new proposals.

Individuals known as “influencers” who fail to declare they are being paid to promote products on social media sites could also face stronger penalties, the government said.