This insight is drawn from MLex's comprehensive case file on the EU's Google investigation. To access our up-to-date insight and analysis, request a free trial of our Antitrust & Competition service.

​Google's argument when challenging the EU's view of online shopping markets is as simple as it is compelling. The marketplace is wide — much wider than competition officials at the EU would think.

When you look at it that way, and imagine merchants such as Amazon.com and eBay slugging it out on the same pitch, market dominance is not an issue. It's all a healthy battle among gargantuan equals.

This is where Google's EU paradox lies.

On the one hand, the search engine's take on the online competition landscape has been very influential, to the point that it forced the European Commission to revisit part of the case it had mounted against the company. And that's a victory to Google.

On the other side of the ledger, EU competition chief Margrethe Vestager hasn't conceded a thing. In fact, today the bloc's antitrust enforcer said that even if the market were as wide as Google would have us believe — so what? Google would still be harming competition.

Google has entered a world of regulatory pain and there is no easy way out. Vestager has announced two rounds of fresh charges, which could see the California-based technology company tied up a legal quagmire for years to come.

It's a broadening dispute that just won't go away and both sides now face a tricky strategic decision on how to resolve the matter.

This morning, Vestager lay two more charges on the table: one on advertising and another which doubles-down on the earlier charge relating to online shopping.

Having already responded to the first accusations, Google now has the dubious honor of being the first company to face three simultaneous sets of charges. Not even Microsoft could boast that back in 2007, when the commission threw everything it had at the US software giant.

Google must now respond to those charges over three consecutive weeks in September.

The upshot: We are no closer to seeing an end to the case. New charges trigger new procedures and Google will have months to respond and defend its interests.

On the positive side, Google may take some comfort from the fact that its central argument has gotten some traction.

It had countered the EU's view that Google was leveraging its dominant search engine into the neighboring market for price-comparison services by arguing that the online marketplace was too broad for that to be the case.

It was a smart strategy. Market definition underpins any dominance-abuse case; any company can be dominant if you slice the market thinly enough. The commission took the argument on board.

"Merchant platforms are in a different market — in fact, they are customers rather than competitors of comparison-shopping services," the Danish commissioner told journalists today.

Today's charge sheet "explains that even if there was one big market where comparison-shopping sites and merchant platforms all competed with each other, Google's actions would still have harmed competition."

EU enforcers may see this argument as underpinning their case, while strengthening it ahead of inevitable court scrutiny. Google might view it as papering over a fatal crack in the commission's response.

The commission will again find itself vulnerable to accusations its approach is formalistic and blind to market reality. Google will likely argue that users don't see a difference between price-comparison and merchant sites — they are as likely to compare prices on Amazon.com as on a specialist site.

On taking office in November 2014, Vestager was praised for quickly identifying a way to advance the case that had burdened her predecessor Joaquín Almunia. She chose to run with the core accusation of search bias and managed to push the case forward.

She could have concluded that probe and thereby set a template to address other accusations. In doing so, Vestager would have silenced the critics — both in business and politics — who say that six years of clashes have yielded nothing.

But that wasn't to be, and finding a solution now is as difficult as it's ever been. The hydra-like dispute has grown more heads and the two sides appear unwilling to reach an amicable settlement.

Solving some parts may be easier than others — indeed, Google had already offered to remedy part of the advertising concerns in 2012. But lawyers for both sides will see each strand of the case as a separate set of charges warranting separate responses.

Yet Vestager and Google must now be wondering whether it makes sense to seek a broader resolution to the cases.

There are common threads running through the investigations and the endgame is clear: opening up search-advertising markets, be they on desktops or mobiles.

Vestager may stand a better chance of forcing Google to change its behavior if she is prepared to concede on some points, so as to win on others. US regulators adopted this approach when they concluded their own Google probe in 2013.

Today's move heaps more pressure on Google and lumbers it with three simultaneous fights. Google may be more prepared to make concessions on Android if the EU gives some ground on online shopping.

But doing so may be unpalatable. Some European governments would object, as would online rivals from markets as various as mapping and travel, whose own complaints hinge on Vestager's ability to bring Google to heel. 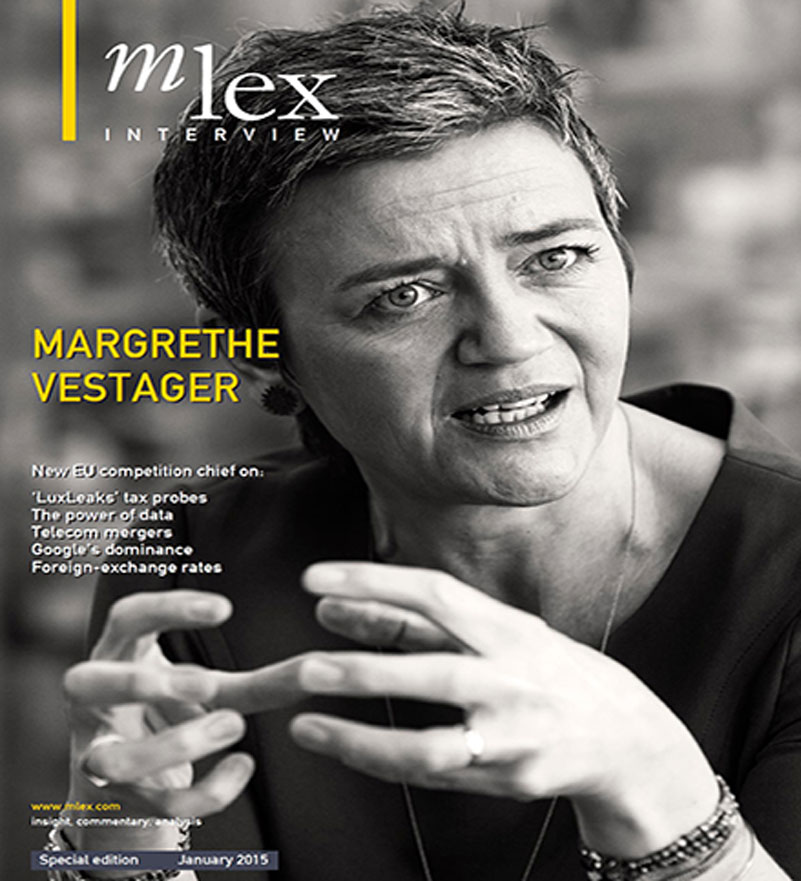